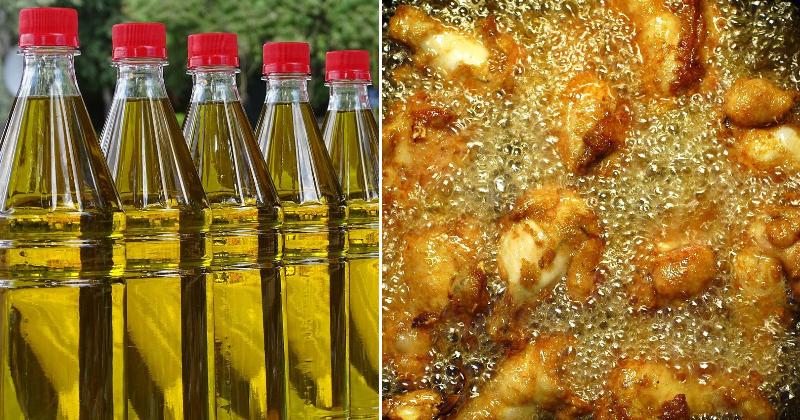 The Cooking Oil That Is Linked To Cancer, Heart Disease & Dementia, According To Research

This common cooking oil is not as healthy as you might think.

You probably think I’m talking about palm oil, but this liquid cooking oil has been sold to consumers for decades as a health food. In fact, it’s the oil of choice in a lot of processed foods, which is part of the problem.

While palm oil has been found to be harmful to everything from the cardiovascular system of humans to the animals whose habitats are destroyed in the production of it, the oil I’m speaking of has been linked to cancer, heart disease, and dementia is.

Which Cooking Oil Should You Avoid?

Surprised? Well, you aren’t alone. Researchers were shocked to find that cooking with vegetable oil can release dangerous chemicals that are linked to a variety of diseases.

The chemicals in question, as reported by The Telegraph, are known as aldehydes. Various studies (such as this particular study), have conclusively linked aldehydes to cancer and a host of other serious illnesses.

The release of the aldehydes occurs when manufacturers cook vegetable oils at high temperatures. The following chart compares this across various types of oils. 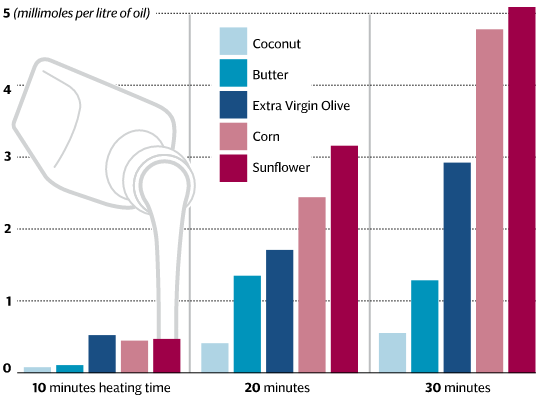 Lead researcher Martin Grootveld, professor of bioanalytical chemistry and chemical pathology, says the concentration of aldehydes in vegetable oil is up to 200 times that of the safe daily limit ordained by the World Health Organization.

I certainly am, especially in light of all the information available citing vegetable oil as the way to go for high- temperature cooking and frying.

But while the temperature at which vegetable oil will catch fire is much higher than that of olive oil, thereby making it safer while you’re cooking with it, the safety pretty much ends there.

The same study found that coconut oil is by far the safest to cook with. It produces the lowest levels of aldehydes.

And coconut oil is pretty fantastic for other things too – check out this list we put together citing 11 core functions of coconut oil.

For one, vegetable oils are actually far from natural. In fact, the production process is anything but. Check out this video:

Liquid cooking oil also contributes to inflammation and, depending on processing, may also have trans fats.

So there you have it – vegetables aren’t always good for you. Who knew?