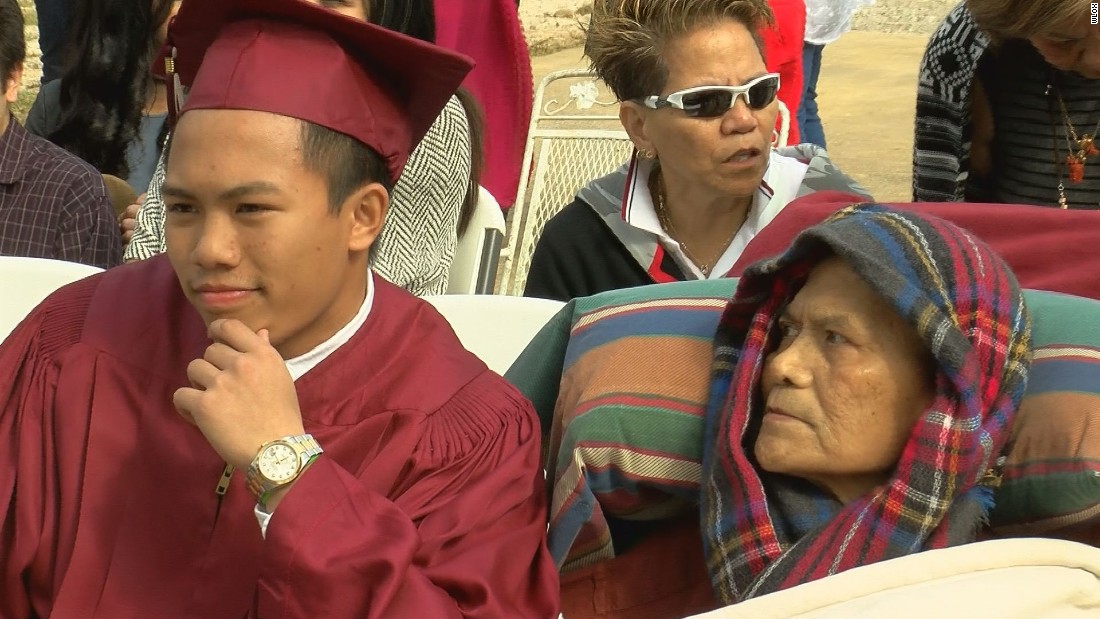 His Terminally Ill Father Wouldn’t Live To See His Graduation —So His School Did THIS!

When a Mississippi father was diagnosed with prostate cancer and given only a few months to live, he thought he’d never make it to see his son’s graduation in May.

Alfred La’Cap, 69, was forced to appreciate the things that truly matter after doctors told him his cancer was terminal.

But that’s when others stepped in to grant this father’s dying wish.

“Considering the circumstances, I felt like if we can bring a little joy to a family, then we’re happy to do that,” said Larry Ramsey, the Principal at the school that Alfred’s son attends.

Although they couldn’t extend his life, administrators at Long Beach High School decided to shorten the day to his son’s graduation.

Instead of holding the ceremony in May like all the other students, the father’s son, Noah, was given an entire proceeding just for himself and his dad.

Dressed in an all red cap and gown, Noah was handed his certificate—complete with the “Pomp and Circumstance” song playing in the background—as his father watched with pride.

Now, Alfred will hopefully be able to rest in peace knowing his son is off to a brighter future.

As for Noah, the entire proceeding has given him relief, too:

“There’s been times where I couldn’t focus on school,” said Noah, “because I was thinking about him all the time, but I persevered because I’m supposed to graduate for him.”