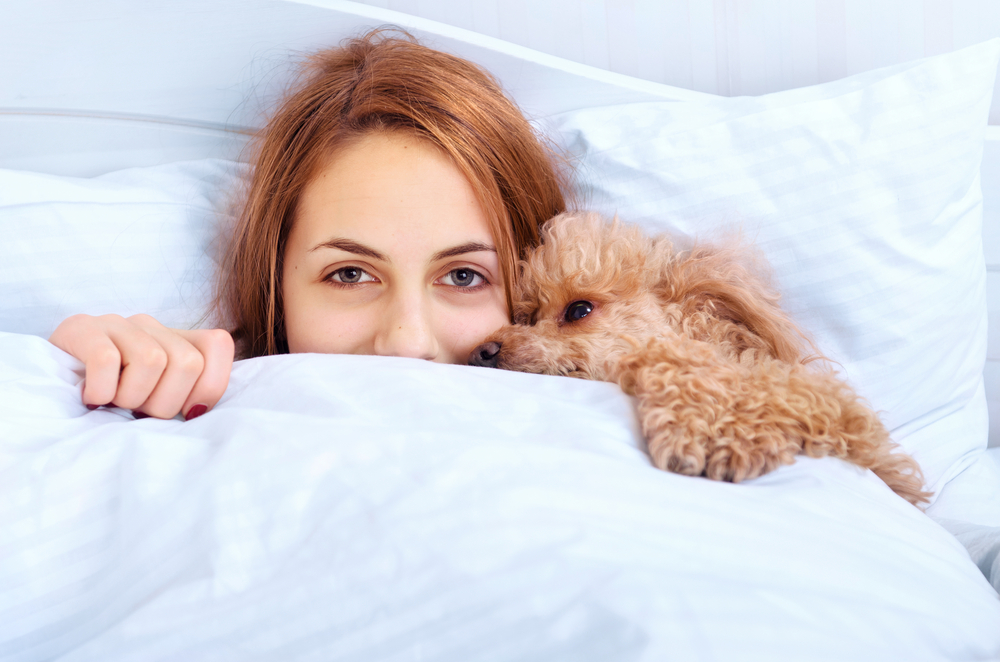 I have a beautiful cat named Pyeonghwa (Peace in Korean). He is big (16 pounds) and very loving. Most of the time he sleeps with my kids but on rare occasions, he will come and snuggle with me. When he does, I get the best sleep ever. (I literally cannot get up in the morning. It is like I am glued to the bed.)

It turns out I am not alone. According to new research, many people believe they sleep better with their pets.

The study was conducted at the Mayo Clinic in Scottsdale, Arizona and Dr. Lois Krahn asked 150 patients about their pets and their sleeping habits.

Among the 56 percent of participants who share their bed with a cat or dog, only about 20 percent of those say their pets disturbed their slumber.
On the other hand, 41 percent said they actually slept better with their best pals.
Animals were cited as a source of relaxation and security in the bedroom. (The Dodo) 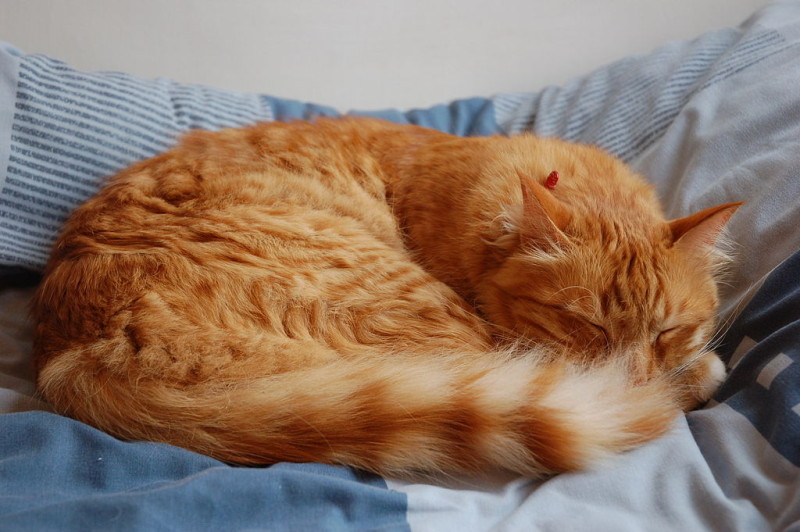 However, not all sleep studies related to sleeping with pets have yielded positive results. Another study done in 2014 showed different results.

Earlier research from the Mayo Clinic suggests pets can be a problem in the bedroom. In the 2014 study, around 10 percent of the clinic’s patients reported that their snoring, yelping, twitching bedmates were effectively sabotaging their sleep — that is a surprising surge from the mere 1 percent of patients who blamed their pets in a 2002 study.

“The study determined that while the majority of patients did not view their pets intolerably disturbing their sleep, a higher percentage of patients experienced irritation,” said Krahn, the psychiatrist who also authored the 2014 study. (The Dodo)

I guess it all has to do with the person and the pet. I have watched enough episodes of My Cat from Hell to know that some cats wake their owners up.

I have never had that problem with my cat.

It seems that people who viewed their pets as companion animals felt safer and more secure when sleeping with them.

Here are some statements from the study as reported by Daily Mail:

“A single 64-year-old woman commented that she felt more content when her small dog slept under the covers near her feet, as noted in the study.”

“Another woman, who was married, described her two little dogs as bed warmers, and described her cat sleeping on her chest as ‘soothing’.”

I mean, take a look at the video below!

Makes me cry every time!

Although I am euphoric that my cat sleeps so much with my kids, I wish he would come and sleep with me more. There are nights where sleep seems never to come and I know having him next to me would help. However, I also know that his presence helps my children feel secure and safe.

What more can I ask for from a pet?

Do your pets keep you up or help you sleep? 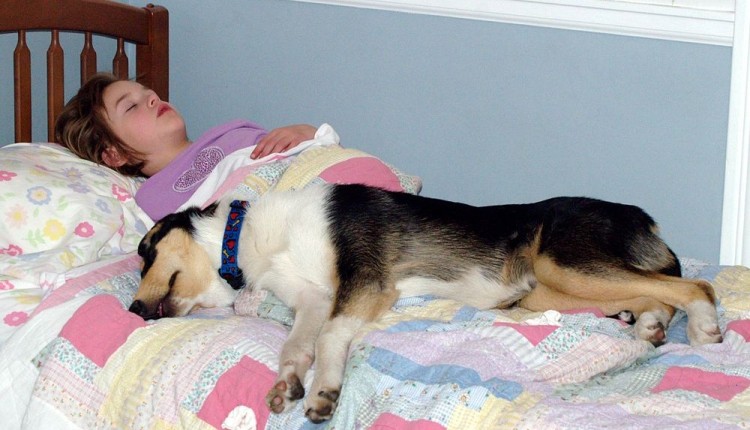