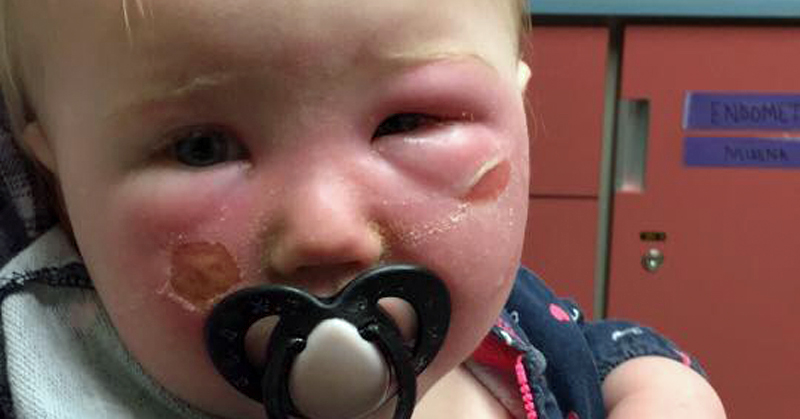 A mother in Canada is urging other parents to be careful when protecting their children from the sun. Rebecca Cannon says her daughter suffered second-degree chemical burns on her face from a popular suncreen. She is sharing her story on Facebook in hopes of warning other families about the potential dangers of a well-known brand of sunscreen.

On her Facebook page, Rebecca pleaded with other parents to be careful when using aerosol sunscreen. She explained that she purchased Banana Boat Kids SPF50 to protect her 14-month-old daughter when spending time outdoors.

She said, “As the day went on, she got a little redder and redder and the next morning she woke up and was swollen, she was bright red, there were blisters starting to pop up.” Rebecca continued, “We immediately took her up to the doctors and found out she has second degree burns.”

Rebecca acknowledged that she should have used sunscreen specifically made for babies, but she figured that using a child-specific block that was advertised as alcohol-free would protect her daughter against the sun. But the 14-month-old ended up with chemical burns on her face. 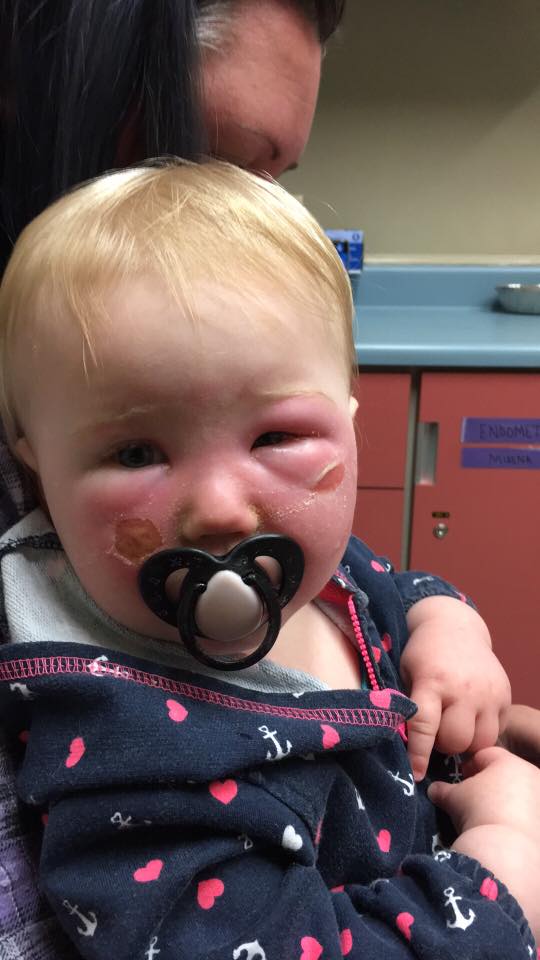 Banana Boat responded in a statement by saying, “We are greatly concerned when any person encounters a reaction using out products. We have spoken with the consumer and asked for the product so that our quality assurance team can look into this further. Without examining the product, it is difficult to determine what may have caused the problem as described.”

Rebecca shared her story, along with photos of her daughter’s burns, to prevent the same thing from happening to another family. “I would have never – in a million years – imagined her to get a burn so severe from sunscreen,” she said.