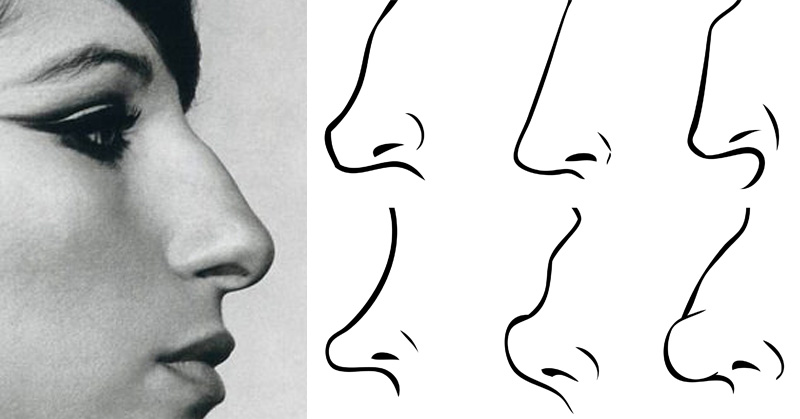 Here’s What the Shape of Your Nose Has to Say About Your Personality!

Believe it or not, a new study published in the Journal of Craniofacial Surgery has found that there are only 14 kinds of noses out there. What’s more, each kind is associated with a different set of personality traits.

The study, led by Professor Abraham Tamir, involved looking at nearly 1300 photographs of human beings and matching each to a piece of artwork in which a similar nose type was displayed.

The characteristics associated with those pieces of artwork were then taken and attributed to that nose type. Of course, the idea of certain nose types being linked to personality traits is nothing new; Chinese culture has held this belief for centuries.

Check out the flip cards below to see what each nose type means!

It’s amazing what one’s physical appearance can say about what’s going on inside. If the process of nose reading intrigues you, I bet you’ll get a kick out of reading up on iridology. That’s the process of using the eyes to determine the condition of one’s health.

We’ve written quite extensively about iridology on this site. I’ll see you in this article here.