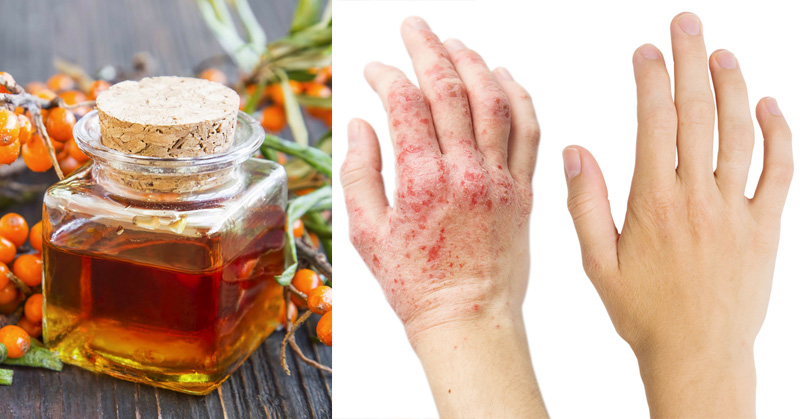 What is sea buckthorn?  Chances are, you may not have heard of this tart orange sea berry, but you may just want to start incorporating it into your routine.  This is because sea buckthorn benefits are many, as are its uses.  You can find benefit in its natural berry form, or you can use it as a concentrated oil.  Truly, the oil form boasts plenty of health benefits. Sea buckthorn oil benefits include, for example, fighting cancer, treating skin problems and treating diabetes. Learn more about sea buckthorn benefits below!

What is Sea Buckthorn: Origins

What is Sea Buckthorn: How It’s Used 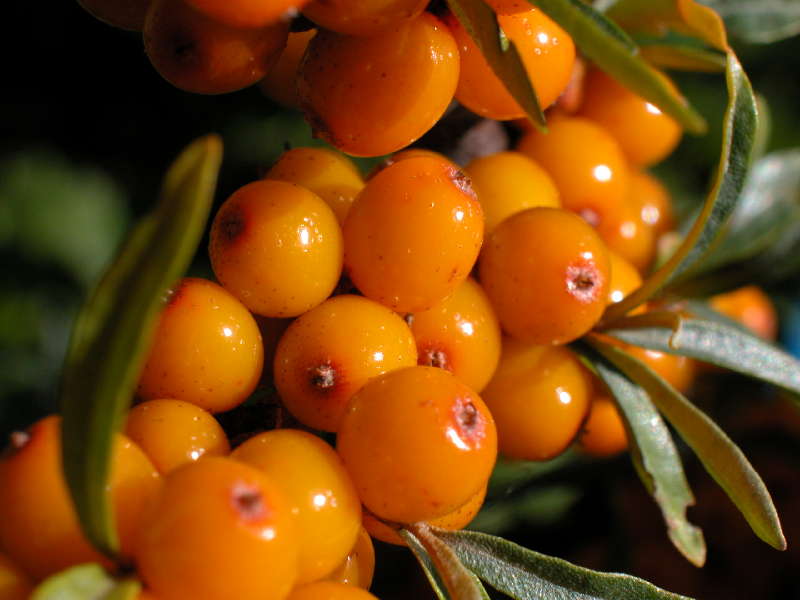 Sea buckthorn oil benefits start with the ability to help combat cancer. This is because this oil contains phytonutrients, anti-inflammatory agents as well as anti-cancerous properties.

Sea buckthorn benefits regarding the liver and liver cancer:

Also on the list of sea buckthorn oil benefits is the ability to treat problematic skin. In fact, the berries, berry concentrate or the oil can be used to treat a variety of skin ailments. You can apply it directly to the skin to both prevent and treat sunburn, for example. It can also prevent and treat acne, dermatitis, dry skin, eczema, skin ulcers and stretch marks.

As mentioned above, sea buckthorn oil can also be used as an anti-aging mechanism.  Many of the anti-aging creams and lotions on the market today contain petroleum jelly, which, overtime can actually worsen signs of aging. Sea buckthorn oil, however, contains numerous antioxidants, including vitamin C, which promote healthy skin.   These antioxidants help your skin by scavenging for free radicals.  And it is thought that free radicals are partly to blame for signs of aging in the skin.   This oil can rejuvenate tired, overtaxed skin cells, brighten up a drab complexion and promotes an overall healthy inflammation response.   If you’re looking to fight signs of aging, you’ll definitely want to give sea buckthorn oil a try. 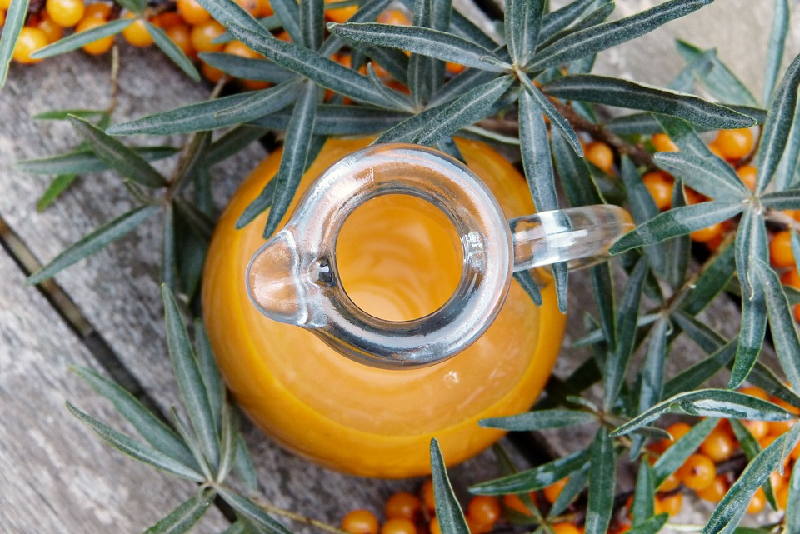 3. May Reduce Symptoms of Adrenal Fatigue

Whether you suffer from adrenal fatigue or simply find yourself on the wrong side of an energy battle, you should consider trying sea buckthorn oil.    Why reach for sugary caffeinated products, which can only make your fatigue worse?  A natural product like sea buckthorn oil, if used correctly, might be the better route to take.

4. Aids in Preventing Infections and Boosts the Immune System

The antioxidant activity in sea buckthorn oil is fantastic!  This can help your body in many ways, as antioxidants can help fight off disease-causing free radicals.  When your immune system is in good-working order, it naturally lessens your chances of developing illnesses, diseases or infections.

This is due to the carotenoids content, which is an antioxidant that can help reduce the onset of infection. One study found that sea buckthorn oil contain 2.4 times more carotenoids than other oils. (2)

As sea buckthorn oil benefits include fighting infections that cause inflammation in the body, it may also help boost your immune system. (3)

Lowering cholesterol levels that are too high is an important step in reducing risk for heart disease.  The good news is that sea buckthorn oil may be able to help in this arena.

Research scientist Dr. Yan Jun Zu of Winnipeg found that sea buckthorn oil benefits may include the ability to reduce cholesterol. Due to its antioxidant components, this oil can stop platelet aggregation. This offers cardioprotective qualities against free radical damaging cells.

Another study notes that this oil has an overall metabolic effect, meaning it has heart-protective abilities. (5)

Sea buckthorn oil benefits also include fighting diabetes. The European Journal of Clinical Nutrition published a study in 2010 that examined the effects of this oil on insulin levels. Researchers found that the oil may help maintain normal blood sugar levels. This can help combat type 2 diabetes as well as diabetes symptoms. In particular, it seemed to minimize spikes in blood sugar levels following meals. (6)

Now that you know more about the many benefits of sea buckthorn oil, you understandably may want to give it a try.  However, before you purchase this product, there are side effects to consider.

Generally speaking, sea buckthorn oil side effects are minimal.  However, when taking a new product, it’s best to exercise caution. If you are pregnant, breast-feeding, on medication or diagnosed with a disease, please consult a health care professional prior to using sea buckthorn oil.  Additionally, you may want to start out with a small dose to see how you may react to it.

If you struggle with low blood pressure, you should avoid using sea buckthorn oil. This is because sea buckthorn oil side effects also include dips in blood pressure. It also can slow blood clotting as well as increase bleeding and bruising for those with bleeding disorders. It may cause extra bleeding during surgery, and as such, those scheduled for surgery should stop using it two weeks prior.

Other sea buckthorn oil side effects:

Other sea buckthorn oil side effects may include abdominal discomfort, spasms or diarrhea.   Avoid taking this oil in high doses, as it may also lead to dehydration.