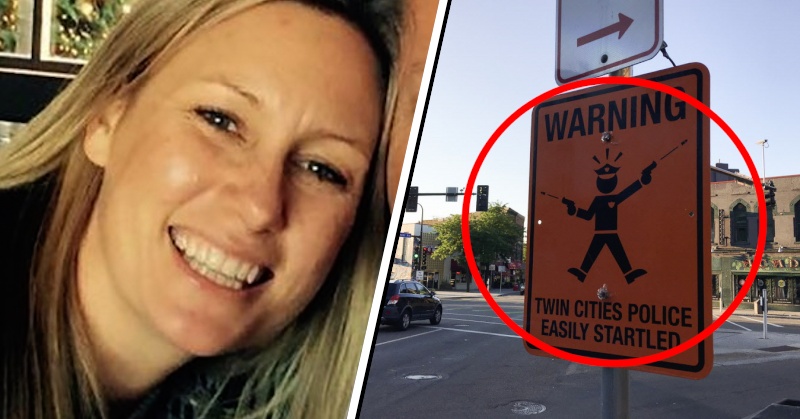 The spokesperson for Twin Cities Police will have his or her hands full this week after a series of fake street signs condemning cops started appearing around town.

“WARNING,” reads the sign, “TWIN CITIES POLICE EASILY STARTLED,” along with an image of an officer shooting two guns wildly into the air.

The implication is obvious given last week’s murder of an unarmed white woman in Minneapolis. 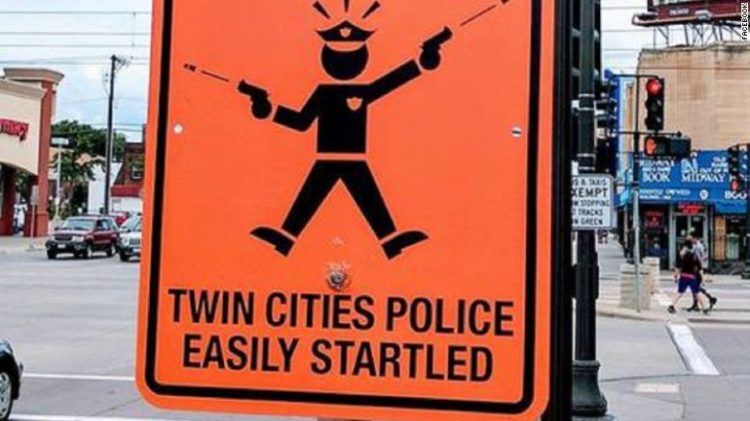 “We are aware of the signs,” said Steve Linders, spokesman for the St. Paul Police Department, “and Minneapolis Public Works is removing them. We have no further comment at this time.”

What the reactions of local police was to news of the signs remains unknown, but it’s likely added to their sense of public backlash.

Justine Ruszczyk had dialed 911, reporting an assault, but was shot and killed by a Somali-American officer.

“Ruszczyk’s death was the latest of several fatal officer-involved shootings in Minnesota. Philando Castile was shot and killed by a St. Anthony officer during a traffic stop in July 2016, sparking nationwide protests. Less than a year earlier, a Minneapolis officer fatally shot Jamar Clark after a scuffle with officers in front of an apartment building.”

Addy Free, a witness to one of the signs, noticed it while returning home from work on Sunday, saying, “I wish there weren’t so much truth to the sign. Police are given a challenging job, with not enough training to counter overreaction and implicit bias.” 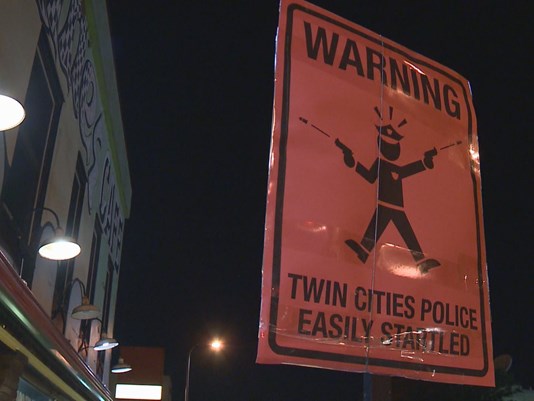 According to one of their employees, “I don’t know if the owner would have allowed us to make something like that because of how completely inappropriate it is, so we probably would’ve denied the job.”