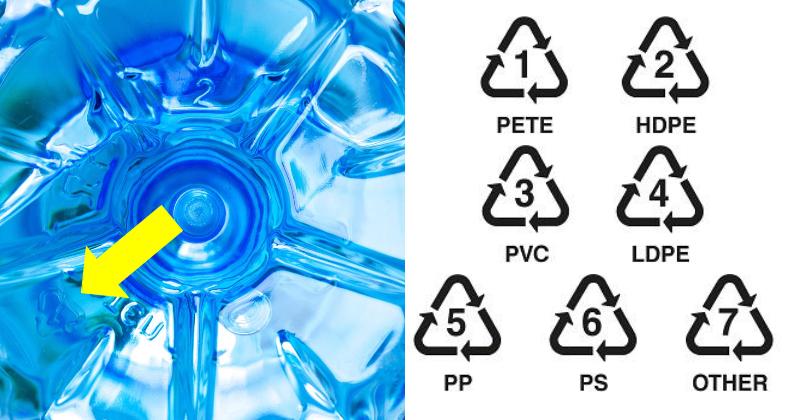 You Need to Check THIS if You Ever Buy a Bottle of Water!

The amount of plastic used on this planet is staggering. Enough plastic is thrown away each year to circle the earth four times, and we currently recover only five percent of the plastics we produce. (EcoWatch)

A lot of this plastic waste comes in the form of bottles. Americans throw away 35 billion plastic water bottles every year, and many of them do not even know what the plastic bottles are made from. Plastic products use around eight percent of the world’s oil production. Yuck!

Take a look at this quick guide to see what the number at the bottom of the water bottle means! 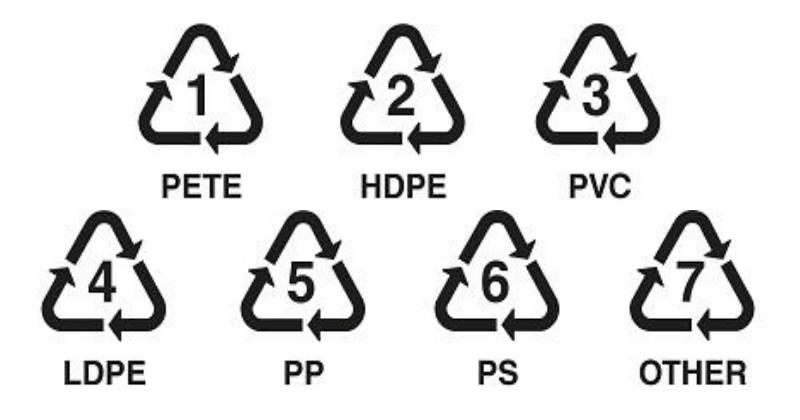 One should only drink out of a plastic water bottle with the number 1 once or never. This plastic is known as PET or PETE (polyethylene terephthalate). One study that looked at 63 brands of bottled water produced in Europe and Canada found concentrations of antimony that were more than 100 times the typical level found in clean groundwater (2 parts per trillion). Antimony interferes with hormones. (Dr. Mercola)

If you must, only use this bottle once. It is prone to growing bacteria and releasing chemicals.

Number 2 bottles contain HDPE or HDP (high-density polyethylene). It is commonly used in milk and juice bottles. In one study, 95 percent of all plastic products tested were positive for estrogenic activity, meaning they can potentially disrupt your hormones and even alter the structure of human cells, posing risks to infants and children. (Dr. Mercola)

This is the safest plastic available. If you must buy bottled water, look for this plastic.

Bottles with the number 3 are called V or PVC (polyvinyl chloride) plastic and is used in shrink wrap, deli food wrap, and plastic toys. PVC contains toxic chemicals including DEHP, a type of phthalate used as a plastics softener. Phthalates are one of the groups of “gender-bending” chemicals causing males of many species to become more female. These chemicals have disrupted the endocrine systems of wildlife, causing testicular cancer, genital deformations, low sperm counts and infertility in a number of species, including polar bears, deer, whales, and otters, just to name a few. (Dr. Mercola)

We highly recommend never buy water that is bottled in this plastic!

A number 4 means LDPE (low-density polyethylene) plastic is being used. This plastic is not commonly used in water bottles. It is instead used in plastic bags. It is believed to have very little chemical leakage, but is not tested for use with food.

Number 5 plastics are made of PP or polypropylene. This type of plastic is commonly used for food storage. It has a high-temperature resistance and is durable. It has very minimal chemical leakage. This is another relatively safe water bottle plastic.

Polystyrene or PS is used in number 6 plastics. This is the plastic styrofoam that is typically used for take out or coffee. Polystyrene is known to leach styrene, which can damage your nervous system and is linked to cancer, into your food. Temperature has been found to play a role in how much styrene leaches from polystyrene containers, which means using them for hot foods and beverages (such as hot coffee in a polystyrene cup) may be worst of all. (Dr. Mercola) Never use it!

Number 7 plastics are the Frankenstein’s of the plastic world. The number is used to describe any other plastics not mentioned above or any mixture of them. It is hard to determine what chemicals they contain because it is different from product to product. Just avoid this at all costs!