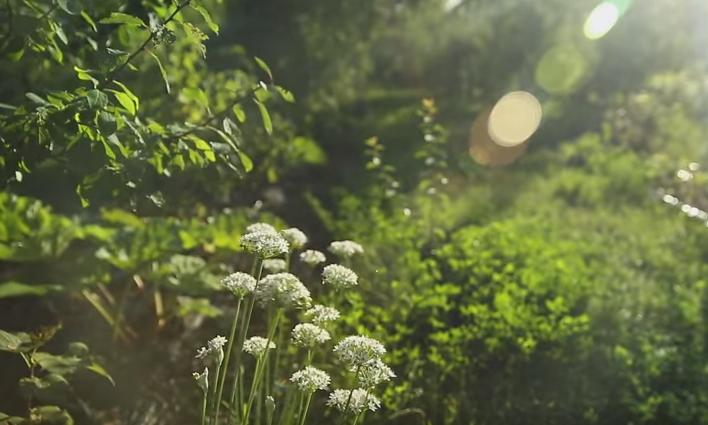 Canadian Permaculture Orchard Grows Abundance Without Use of Fertilizers

Canadian farmer Stefan Sobkowiak purchased a commercial apple orchard over 20 years ago, with the intention of farming the land organically. He followed organic principals for a while, until he began to realize the limitations that come along with organic farming. He then decided that a change was needed.

The organic farmer decided to tear out most of his trees and replant them, while focusing on biodiversity and yield – which is no small task. He tried to find a way for his trees to grow with as little maintenance as possible. Not too long after, Stefan’s five-acre farm in Southern Quebec came to reach an all-time high in production. The orchard is now counting more than 100 cultivars of apples, 18 cultivars of pears, seven cultivars of cherries, plums, grapes and other fruits and vegetables. 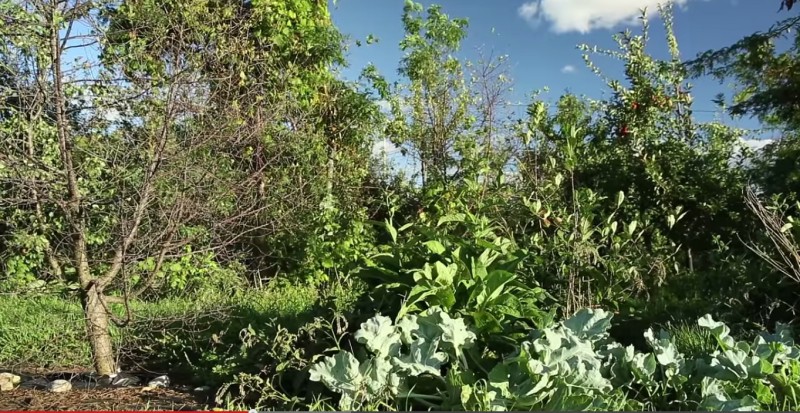 The biodiversity in Stefan’s orchard

“Basically, our goal is anything that will grow as a fruit in Southern Quebec, we want to have it,” Stefan explained. He’s farming annual and perennial vegetables with the goal of not planting again once the plant is established. To increase production, spots that benefit from the sun are used for cucumbers, beans and peas, and insects, birds and snakes often move in. Nitrogen fixers play an essential role, while offering protection for other plants. Fertilizer has not been used on the property in over six years!

The farmer managed to count, just by a quick, one-day survey, around 36 species that made a single tree their home, with more than 100 insects on a single branch. The tree was alive and healthy, and the insects were happily buzzing about. Bees, in particular, are on a steep decline worldwide, but they are flourishing on Stefan’s farm, growing from four hives to 23 hives in a single summer. 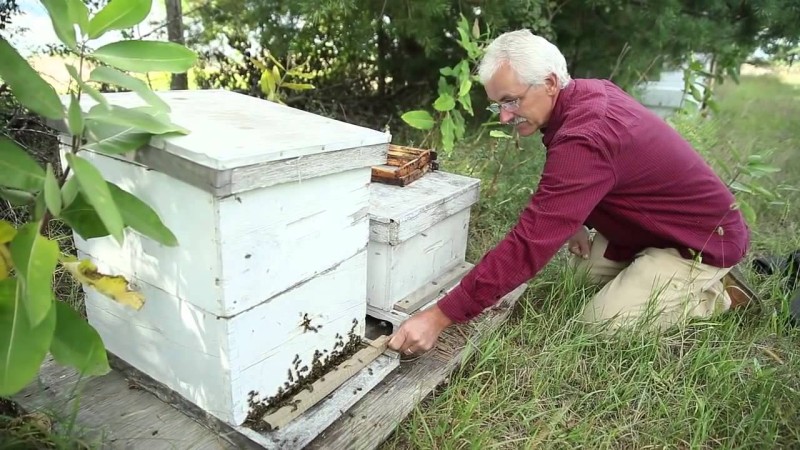 Stefan explained that the honey locust flowers there thrive almost through the end of June, and most of the trees on the property now fare well due to proper growing conditions, which is a boon to the bees. “The bees have so much abundance of food through the succession and the biodiversity of the trees,” he said. Stefan is still working on improving his orchard and his farming methods, but so far he’s happy with the changes he made. “I have nothing to envy of conventional orchardists,” he said. 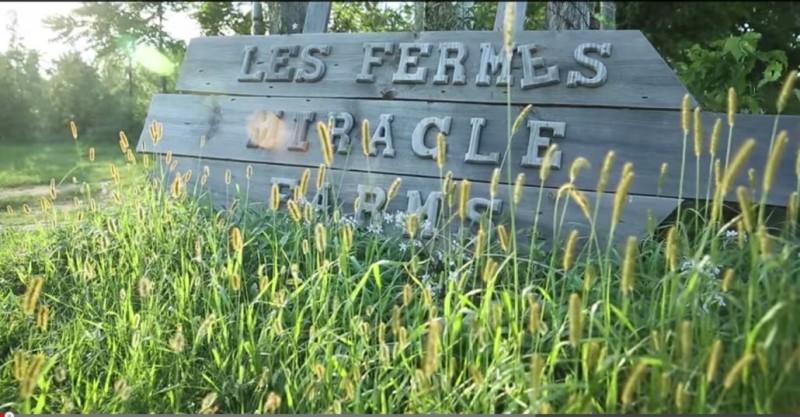 “We give people one of these plums, and after they tasted one they go, ‘that’s crazy, you  never taste such a sweet and delicious plum in the store,” Stefan said, “Of course, the whole system is not geared towards taste, it’s geared towards shelf life. It’s not a system based on giving you maximum pleasure.”

The abundance of growth at Stefan’s orchard is almost more than they know what to do with. “We just had an open day,” he remembers, “we were giving 160 pounds of apples away… most people did not even know what to do.”

Stefan asks an important question — “How often are you wowed by the fruit in the grocery store?”

Watch the video to learn more about Stefan’s organic farming process and the delicious certified organic fruits and vegetables that grow on his property.