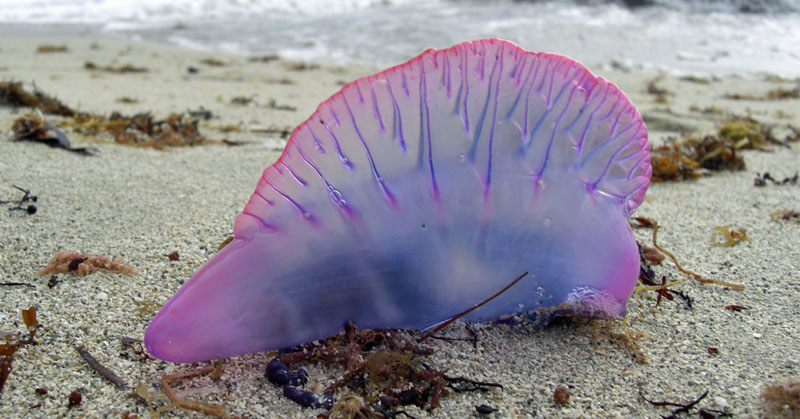 If You See This On The Beach, Don’t Touch It! Here’s Why!

If you’re headed to the beach this summer with your friends or family members, there’s something important you should keep in mind. While you’re walking along the shoreline with your toes in the sand, looking for seashells and other unique beach finds, keep an eye out for a relative of the jellyfish called the Portuguese man-of-war.

These exotic creatures have been found washed on along the shore of several popular beaches, including beaches near Charleston and Myrtle Beach, in South Carolina. They’ve also been found on beaches near the Jersey Shore and Cocoa Beach, Florida. The Portuguese man-of-war is a beautiful sea creature that might draw you in with it’s bright colors and unique look, but they pose a health risk to humans. 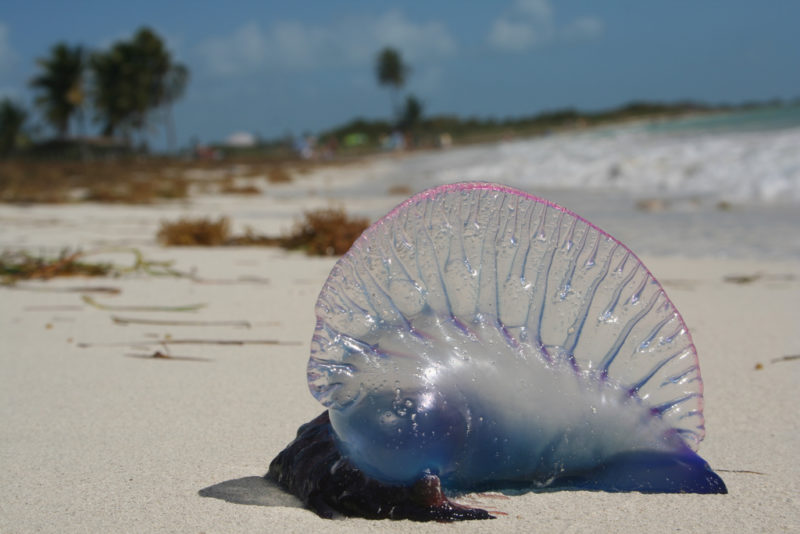 Their long, dark purple tentacles are full of venom and very capable of delivering a painful sting to curious intruders. Whether you see this creature in the water or washed up on the beach, make sure to avoid it. Even days after being washed up on the shore, these creatures can still sting.

A sting from a Portuguese man-of-war can cause painful red welts, fever, shock, an allergic reaction and many other health issues. If you’re ever stung, use a cold compress to relieve the pain and swelling and seek medical treatment immediately. Do not pee on the sting! You may have heard that peeing on a jellyfish sting helps relieve the pain, but urine might actually make the sting worse.

If you see a man-of-war on the beach or in the water, avoid it at all costs. Their tentacles typically extend about eight feet under the surface of the water, but some grow to be much bigger – as long as 165 feet!

As intriguing as these creatures might be, do yourself a favor and stay far, far away from them. If you see a man-of-war washed up on the beach, chances are there are a few hanging out in the water. Choose another beach or another family activity for the day instead!

Watch the video below for more information on the beautiful yet dangerous Portuguese man-of-war: