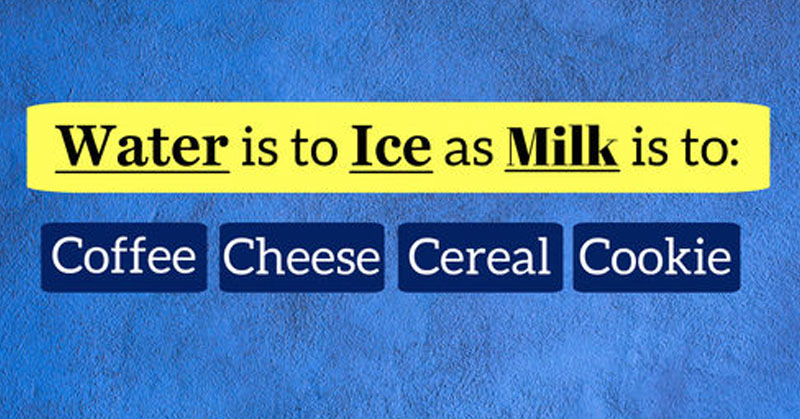 Only Creative Geniuses Can Pass This IQ Test

Are you a creative genius? If you lean towards the sciences and math, you might think your creativity is low, or nonexistent. But dwelling within each scientific mind could be a budding artist. Quite often, many think of logic and creativity as mutually exclusive, but not all scientific geniuses are helpless when it comes to art. Nor are all creative types clueless about logic. As Einstein said, “the greatest scientists are artists as well.”

There could be a creative genius lurking inside of you just waiting to be nurtured.

Einstein often said his insight did not come from logic or mathematics. As it does for artists, his insight came from intuition and inspiration. He said that great achievements of science must start from intuitive knowledge. He also said that several times in his career he felt certain about being right about something without being able to explain why.
Einstein said imagination is more important than knowledge. Often he would come up with a theory or idea build only on a feeling or intuition, then later would find the words to describe it.

Sadly, many of our schools and communities have not grasped this concept. How many great creative thinkers slip under the radar due to lack of nurturing their natural gifts? Teachers expect students to explain everything away with logic while ignoring feelings and intuition. But the brain is more than facts and figures. Creativity and logic can work together—as it does in music— to produce something wonderful!

Creativity–in our schools, in the workplace, in our lives–deserves a fighting chance. Despite what society has told you, chances are, you are more of creative thinker than you realize.

Take this quiz to help reveal your inner creative genius.