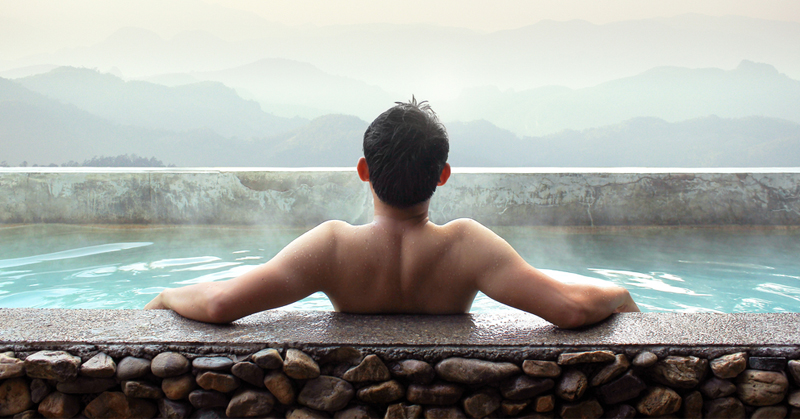 Taking A Hot Bath Does THIS For Your Weight!

If you take baths on a regular basis, you’re probably pretty familiar with the benefits of a relaxing soak. If you’re more of a shower person, it might be time to make the switch… at least every once in a while!

It sounds too good to be true, right? Not only are you soothing away your stress when you soak in a warm bath, you’re also burning calories, just by taking a bath!

Now this doesn’t mean you should replace your workout routine with a daily bath. While regular exercise and a healthy diet are the best ways to stay in shape and shed a few pounds, you now have an added reason for a long soak after a great workout or a long day!

Dr. Steve Faulkner from Loughborough University conducted a study that compared the benefits of exercising to a hot bath. Participants exercised on bicycles and took hot baths at various intervals. Both activities are known to raise the body’s core temperature, which encourages the body to start burning calories.

As you might expect, the study found that working out burned more calories than sitting in the bath. However, the study also found that bathing did have a substantial effect on how quickly the body burned through calories. During one hour of bath-time, participants burned around 130 calories. Their energy expenditure increased by 80%. And even more surprising, taking a hot bath had a profound effect on blood sugar levels.

Participants had their peak glucose levels monitored during the study. After taking a hot bath, their levels were 10% lower than they were after exercise. The study concluded that taking a hot bath is more effective at lowering blood sugar than exercise.

Dr. Faulkner believes that being submerged in hot water causes the body to release heat shock proteins, which burn up glucose at an unusually high rate of speed. This discovery may help hot baths become part of a treatment routine for those who are suffering with type 2 diabetes.

Who knew that a nice, warm soak could burn as many calories as 1/2 hour of gentle exercise? Whether you prefer lifting weights, running, yoga or swimming, add a hot bath to your fitness routine to give your body and extra calorie-burning boost!