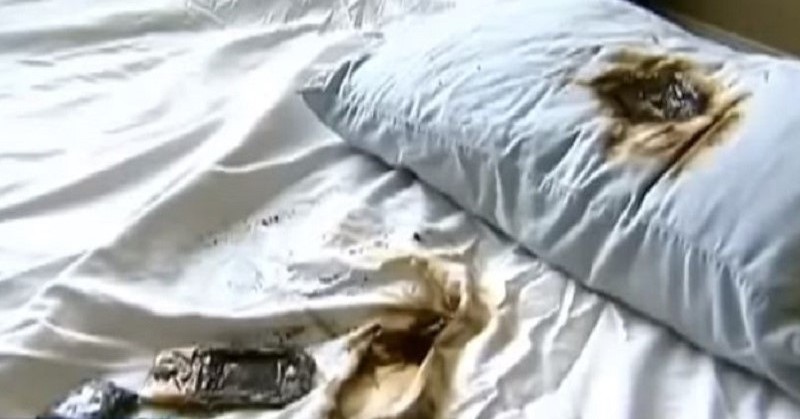 This Is What Happened When She Went To Sleep With Her Cellphone!!

Think about it: how often do you fall asleep with your phone laying somewhere in your bed? Many of us scroll through social media accounts and our favorite websites after we lay down, one last time before calling it a night. According to the Pew Internet Project, 44% of people have fallen asleep with their cell phone close by their bed, wanting to make sure they didn’t miss any calls or texts. You might be thinking, So what? Well, it turns out that sleeping with your cell phone could be dangerous.

The 33rd precinct of the NYPD tweeted a warning last week, urging people not to put a cell phone under their pillows when sleeping or charging the device. Four pictures were part of the tweet, photos of pillows with holes burned into them after the cell phones underneath overheated and caught fire. You’ll want to see these: 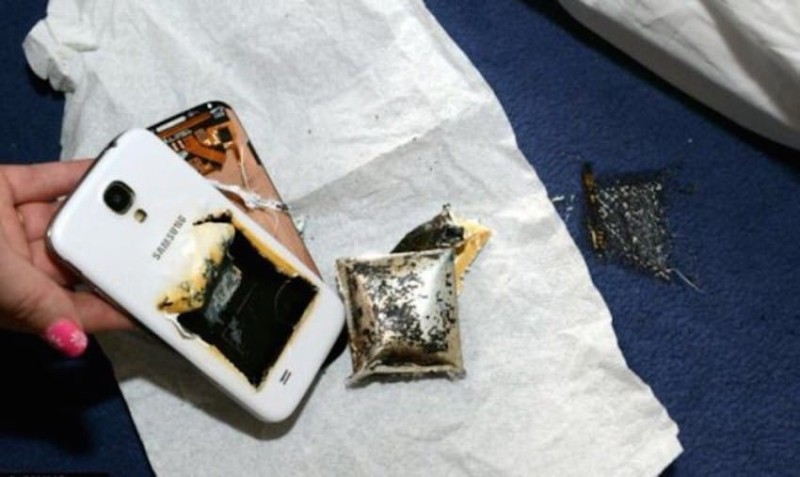 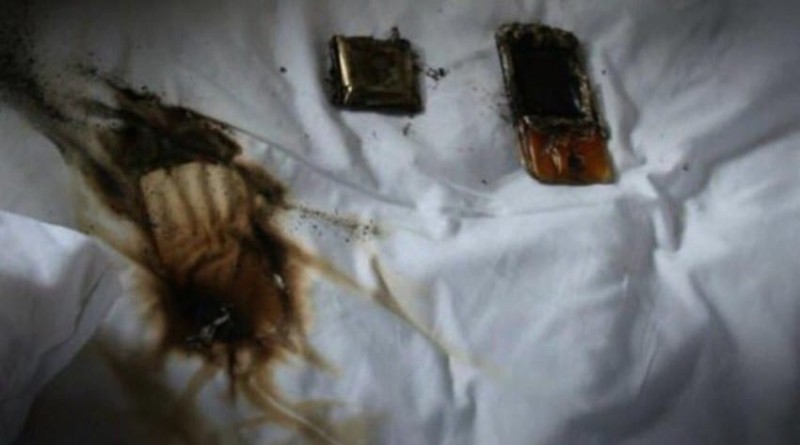 This isn’t the first time we’ve heard this warning. In 2014, a 13-year-old Texas girl was awoken in the night to find her cell phone smoldering on the other side of her pillow. Her phone had ignited, and the fire melted the phone and burned her pillow, bedsheet and mattress. Check out the video below to see the result:

This girl had a Samsung phone, but no matter what type of cell phone you have, leaving it under your pillows or blankets at night can put you at risk. Samsung does include a warning in their user guide cautioning people not to cover their cell phones with bedding or other material that could restrict air flow, as it could cause a fire. That warning includes clothing.

An 8th grade student in Maine was carrying around a cell phone in her pocket when it suddenly made a popping noise and caught fire. Students reportedly noticed smoke coming from the girl’s pants, and she was taken to a health care center where she was treated for moderate burns. This case involved an iPhone, so regardless of the type of phone you have, take precautions when it comes to where you keep your cell phone.

Here’s the short explanation: the incident usually occurs when either the battery or the charger is not the original product. To keep yourself safe from your cell phone suddenly igniting, here’s a few tips:

So you might want to consider performing your last scroll through social media before your head hits the pillow. Safety first, cell phone users.

One also has to consider cell phone radiation.