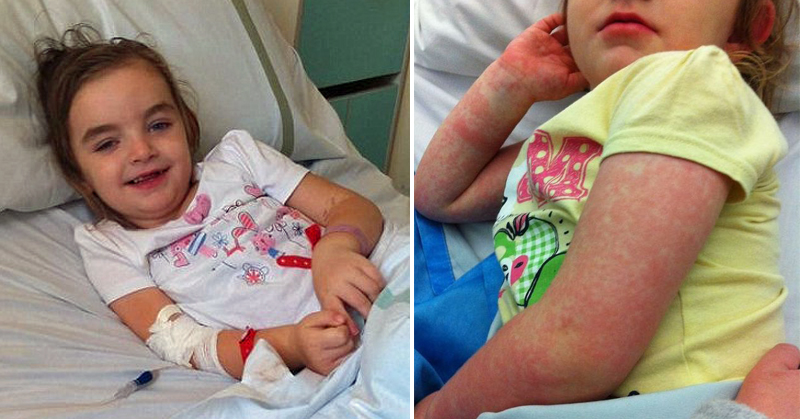 If you’re a parent, you’ve probably lost track of how many times your child has fallen and scraped their knees. It’s inevitable – kids fall down while playing all the time. For the majority of accidents, a band-aid will do the trick. For a little girl named Abbi, a scraped knee turned out to be much more serious.

Abbi Holland was playing on the playground at school when she tripped and scraped her knee. After she fell, the staff at the school give the three-year-old a wet paper towel to clean out the cut. A few hours later, Abbi had a temperature of 109 degrees.

Abbi’s parents rushed their daughter to the hospital. The scrape on her knee had become infected because it wasn’t cleaned properly. Abbi’s doctors gave her antibiotics in hopes of stopping the infection, but the antibiotics caused major negative reactions in the little girl’s body. 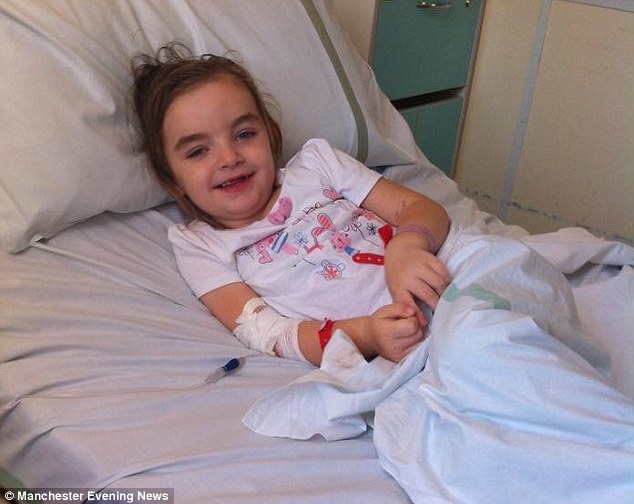 The three-year-old ended up with heart damage. She was forced to stay in the hospital for four months while she was treated. Bacteria from the improperly cleaned cut had entered her bloodstream, which caused an infection that created an aortic valve leak. Abbi’s doctors told her parents they would need to perform open heart surgery to treat the aortic valve leak.

Abbi’s father, David, said, “To be told that they are going to have to stop your little girl’s heart and there’s no guarantee they will be bale to start it again is terrifying. Then to hear that if they did manage to there was a chance she could be brain damaged – well you wouldn’t wish that on your worst enemy.” 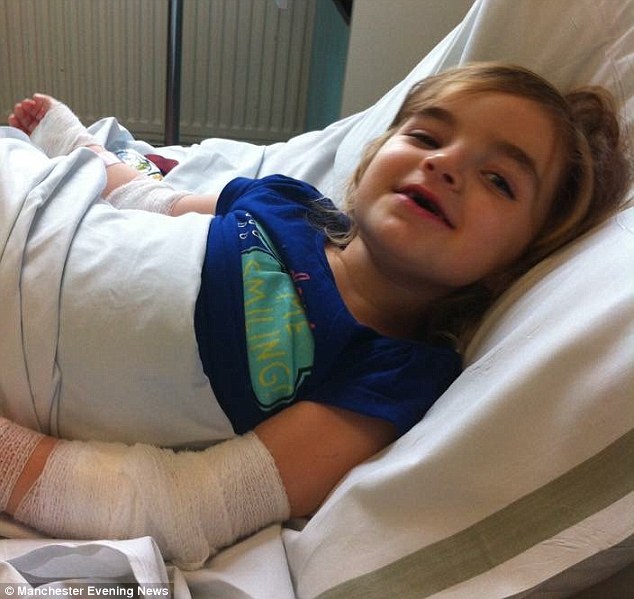 The surgery was successful. Abbi, who is now seven years old, will have to take medication for the rest of her life. She will also need more surgery in the future. The Holland family wanted to share their experience in hopes of preventing this from happening again.

For the rest of her life, Abbi will be in and out of hospitals, undergoing open heart surgeries as the infection continues to damage her body. All because of a scraped knee. The family has launched a campaign to raise awareness of simple first aid, and to let others know how important it is to treat wounds correctly.

Watch the video below to learn a few tips about basic first aid for cuts and scrapes:

Here’s how to use essential oils to treat minor cuts and scrapes!