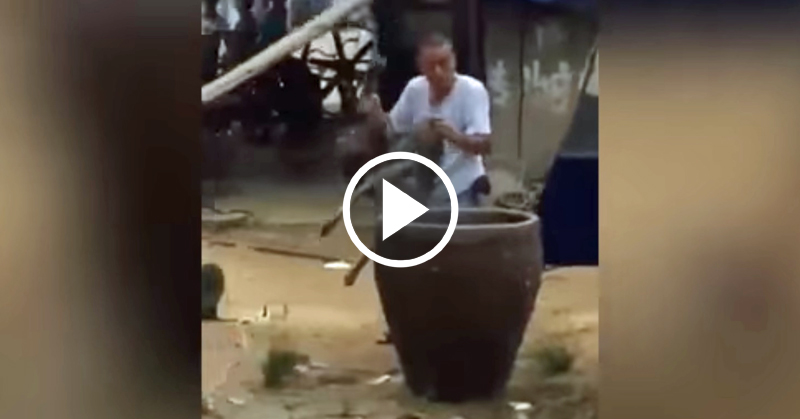 Disturbing footage of a dog being boiled alive is making its way across the internet right now. The footage shows an old man forcing a dog into boiling water in a large shallow pot. 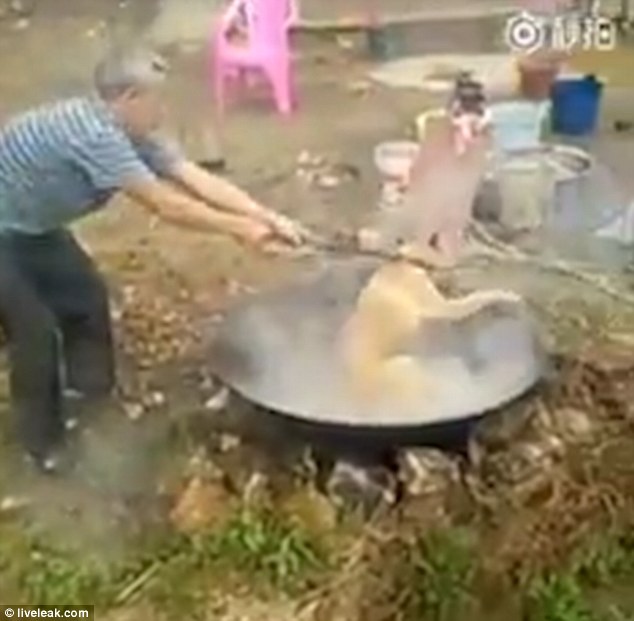 The footage, which can be found at Daily Mail, is very difficult to watch. The dog tries to escape multiple times but is pushed back in every time. 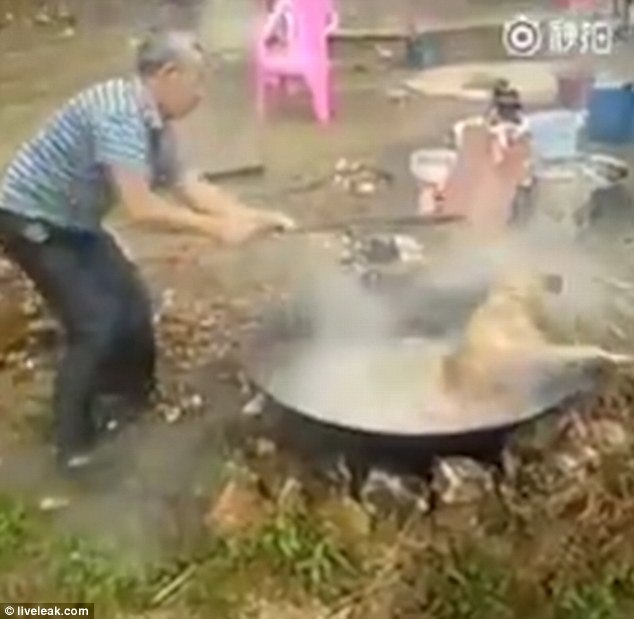 The dish is called “dog hot pot” and it is a traditional and well-loved dish in many northern Asian countries. However, the method of making such a dish is cruel to say the least. 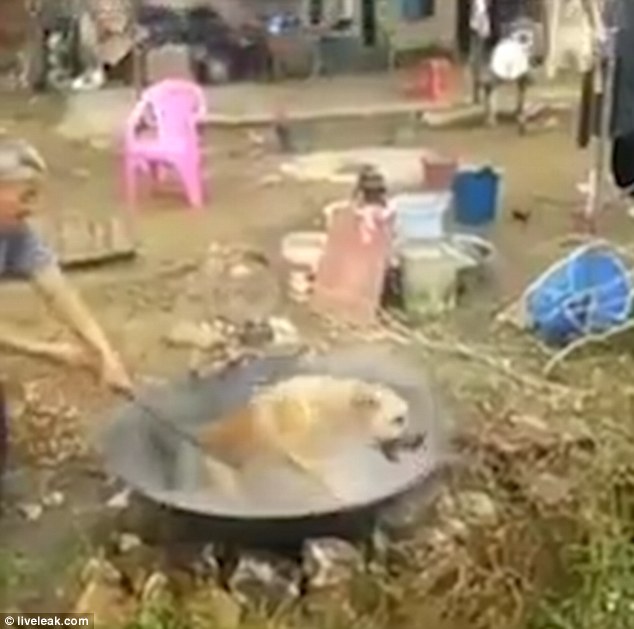 This is not an uncommon cooking process and it happens in multiple different countries. Some dogs are even stolen pets.

The video below shows the entire cooking process in a pot with a makeshift lid.

Warning: This footage is extremely disturbing.