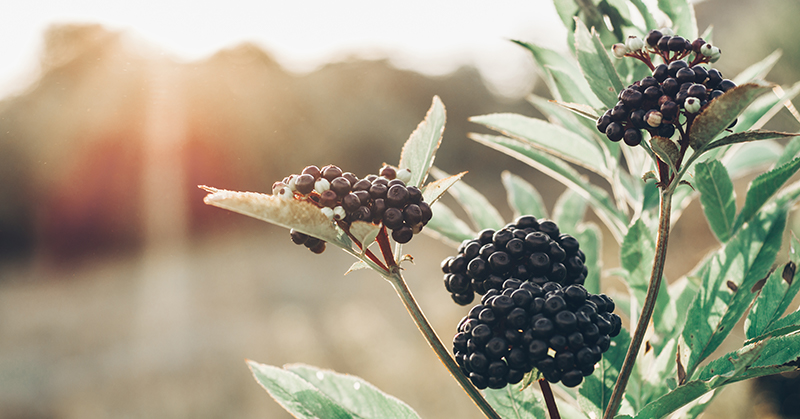 Elderberry for Immunity: What You Should Know

Did you know that elderberry is one of the most commonly used medicinal plants in the world? It’s true! Many cultures have used elderberry for immunity.

Native Americans used the entire plant — from the berries to the leaves and roots. For example, they used the plant to treat infections, as well as reduce inflammation and heal wounds. (1). Even Hippocrates, the Father of Medicine, claimed that the elderberry plant was his “medicine chest.” (2) Egyptians, meanwhile, relied on it for clear skin.

But is there any validity to using elderberry for immunity?

Research suggests that, yes, these benefits exist in more than just folk medicine.

It’s is the fruit of the European elder tree (3).

Also known as sambucus, is grows not only in Europe but throughout the northern hemisphere and in certain parts of Australasia and South America.

Don’t confuse it with American Elder, Elderflower or Dwarf Elder; those are all completely different things.

Also, don’t try to go hunting for elderberries on your own in the wild, unless you know what you’re doing.

The raw berries as well as the bark and leaves of the elderberry plant are mildly poisonous and can cause stomach discomfort.

Elderberry becomes edible when you (or whoever you’re buying it from) refine it, which we’ll get into in a moment.

Benefits of Elderberry for Immunity 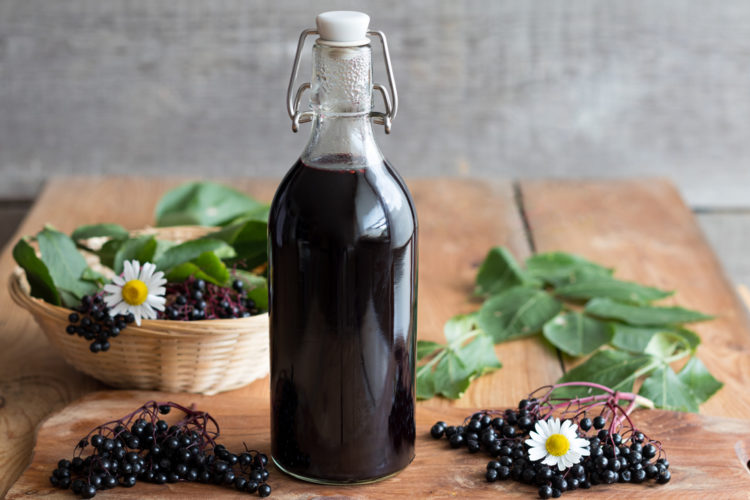 As mentioned earlier, humans have been using this berry medicinally for centuries.

A 2011 study published in BMC Complementary and Alternative Medicine (4) acknowledges elderberry’s ability to combat influenza A and B viruses.

These viruses cause what we refer to as the annual flu (5) that affects up to 20% of the population.

This study touts itself as the first to observe elderberry’s effect at combatting these viruses. The researchers go on to suggest that, based on their results, elderberry may make a great “additional and alternative” medicine for combatting these infections.

It’s worth noting, however, that the researchers behind this study tested the extract against the bacteria on lab surfaces as opposed to within the human body.

Through another study (6), however, researchers tested elderberry’s effect on 60 patients. The patients, ages between 18-54, were all suffering from influenza-like symptoms.

Researchers observed the patients’ symptoms and noticed that the elderberry extract was able to relieve them an average of four days earlier.

Plus, the patients who took the elderberry extract were significantly less likely to have to take medication for their symptoms following the study.

“Elderberry extract seems to offer an efficient, safe and cost-effective treatment for influenza,” the researchers note in their abstract. In fact, we would go one step further and suggest you try elderberry for immunity the next time you have similar symptoms.

Why Does it Work? 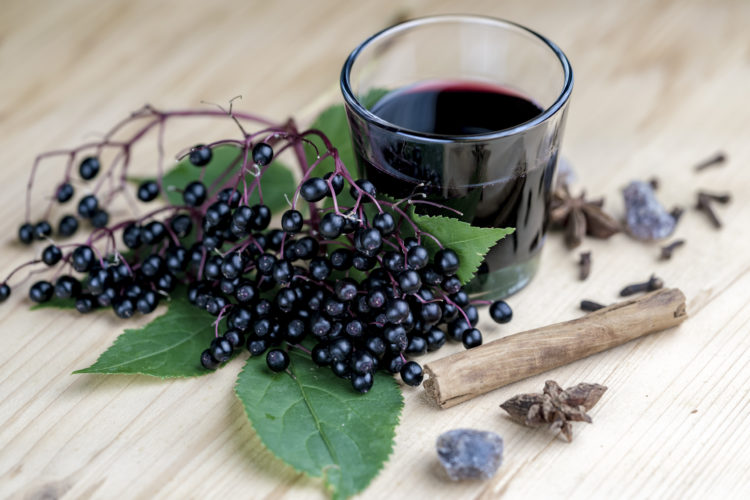 In yet another case (7), an Israeli virologist tested the extract on patients suffering in the Southern Israel flu epidemic of 1992/1993.

Her results provide insight into why it combats influenza so well.

Within 24 hours, 20% of Dr. Madeleine Mumcuoglu’s patients saw dramatic improvements in symptoms such as fever, muscle aches and coughing. By the second day, 73% of patients had improved. By day three, that number jumped to 90%.

Meanwhile, of the group that didn’t receive the extract, only 16% saw an improvement in symptoms after two days. It took nearly a week before they saw any improvement at all.

“To my knowledge, it’s the only product that can cut the flu in half, before complications have a chance of setting in,” said Dr. Mumcuoglu on her findings.

Thanks to Dr. Mumcuoglu’s research, we now know that this berry functions by activating the immune system and inflammatory processes that are responsible for fighting off a virus.

Subsequent research from the European Cytokine Network confirms this (8), verifying that elderberries trigger inflammatory cytokines that help the immune system.

Impressively, these effects aren’t just limited to people who are already infected. Even healthy individuals will receive an immune system boost.

Elderberry for Immunity: Beyond Influenza

Elderberry’s promising effects have led researchers to hypothesize about its potential to combat ailments beyond influenzas.

According to some (9), elderberry is rich in flavonoids that block HIV entry.

Other proposed benefits (10) include:

How to Use Elderberry

Now, given the aforementioned toxicity of the raw berry, you may be wondering how one should go about consuming this superfood.

Not to worry; elderberry is available in a variety of forms (11), including supplements.

Supplements are in fact the most common way to consume this superfood. They range in type from capsules to tinctures and lozenges.

Other ways to take elderberry include:

You can also find the berry in freeze-dried form, which allows you to make your own elderberry medicines.

Check out this clip for a walkthrough on creating your own elderberry syrup:

In this clip, learn how to create a tincture:

Be sure to share this article with your loved ones if you found it useful!