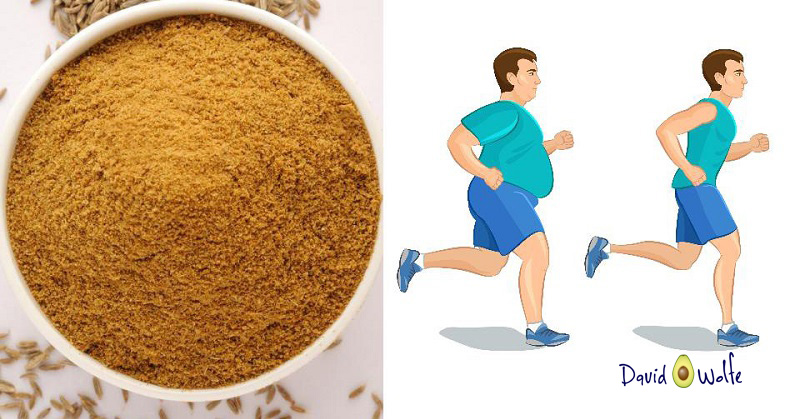 Double Fat Loss With One Teaspoon of This Miracle Spice Daily

Scientifically known as Cuminum Cyminum, the aromatic spice cumin is a staple in Indian, Mexican and North African dishes, and has been for quite some time. Cumin has a peppery taste that can add a warm, somewhat nutty flavor to your food. The herb is native to Egypt, and it is a key component in curry powder and some chili powder. Not only can it add flavor to your food, but a new study shows that cumin may also help you burn off a few extra pounds.

A study published in the Complementary Therapies in Clinical Practice journal tested the effects of cumin on overweight women. Researchers randomly divided 88 overweight or obese women into two groups. Both groups followed a reduced calorie diet and received nutritional counseling. One group ate yogurt with three grams of cumin in it, twice a day, while the other group ate plain yogurt (the control group).

After three months, the women eating cumin in their yogurt lost an average of 50% more weight than the women eating plain yogurt. They also decreased their body fat percentage by 14.4% — almost three times more than the control group!

Researchers speculate that cumin’s weight loss benefits may stem from it’s heat. It may temporarily increase your metabolism. The cholesterol-lowering effect of cumin can be partially attributed to compounds called glycoside saponins. These prevent the absorption of cholesterol and increase its excretion.

The health benefits of cumin compile a long, varied list. Cumin is great for digestion problems, as its essential oils, magnesium and sodium content promote digestion and can provide relief for stomach aches. It has been used to fight insomnia, respiratory disorders, anemia, and even skin disorders. Cumin is naturally rich in iron, and contains Vitamin C, which promotes a healthy immune system and keeps infections from forming or becoming worse.

Use cumin in whole seed form or grind the seeds into a powder. For the best flavor, buy the whole seeds and grind them into a powder at home. Here’s a few ways to get more cumin into your diet:

Other studies show that cumin can be used to enhance memory function, and that it also has a broad range of antimicrobial powers. With all of these health benefits, cumin is a great staple to add to your diet. Check out the video below for more ideas on how to cook with cumin.