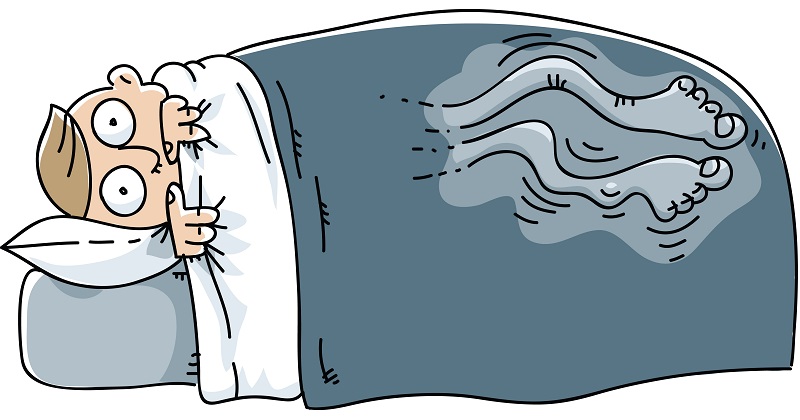 If You Get a Creeping Feeling in Your Legs at Night, THIS is What it Means!

Restless leg syndrome is a neurological disorder that is characterized by throbbing, pulling, creeping or other unpleasant sensations in the legs. The feeling is uncontrollable, and there is often an overwhelming urge to move the legs. Symptoms appear most commonly at night when a person is relaxing or resting, and they may increase in severity during the night. Moving the legs helps to relieve discomfort, which can range in severity from irritating to painful.

In most cases, the cause of restless leg syndrome is unknown, but it is believed to have a genetic component. Some evidence suggests that low levels of iron in the brain may also be responsible for the disorder. In many cases, it seems to be related to the following factors or conditions:

How Is It Diagnosed?

There is no specific test for restless leg syndrome, but rather criteria that indicate the disorder, including:

How Is It Treated?

Eating a healthy diet can keep your body running smoothly and promote a good night’s sleep. Alcohol and caffeine are believed to trigger restless leg syndrome, so be sure to limit your intake, especially before bed.

Not only is smoking an addiction that destroys your lungs, it can make the body feel jittery and have a negative impact on sleep. If you struggle with restless leg syndrome, cut down on smoking or quit completely.

3. Be Aware of Medications

Medications that are being taken for other conditions may have side effects that make it difficult for your muscles to relax. Make sure to review any medications thoroughly with your doctor to find out if they are contributing to your disorder.

According to the Willis-Ekbom Disease Foundation, those suffering with restless leg syndrome who exercised for 30-60 minutes a day reported less fatigue, less symptoms and better sleep habits. You don’t need to run miles upon miles or overexert yourself, but get into the routine of exercising each day, whether it’s walking, jogging, yoga or any other variety of fitness to help manage your symptoms.

Stress can play a role in aggravating restless leg syndrome, so try to find a way to reduce your stress level. Organization and prioritizing may help, along with relaxation techniques such as breathing and meditation.