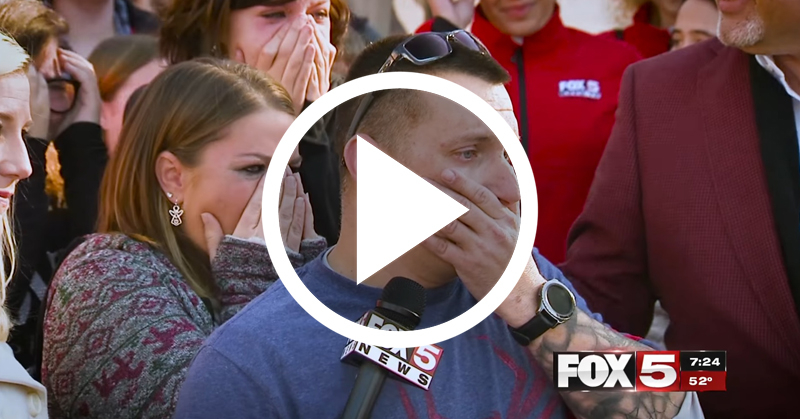 When Audrey, a single mother of three needed to go to the hospital to get some tests done, she asked her neighbor Tisha to watch her children. Tisha was a mother of five and worked as a Las Vegas bingo cashier. Tisha and her husband Kevin agreed to take Audrey’s children for the night, even though their home was already a little cramped with their family of seven.

Audrey’s test results soon came back. She was diagnosed with stage two esophageal and stomach cancer.

Audrey knew that her time was running out. She was desperate to make sure that her kids would be taken care of. She took a chance and asked Tisha to become the legal guardian of her children. Incredibly, Tisha and Kevin agreed.

The parents of five opened their hearts and their home to raise Audrey’s three children. Not long after, Audrey passed away.

Tisha and Audrey weren’t especially close. Still, Tisha and Kevin welcomed Audrey’s children with open arms, and helped them cope with their mother’s passing. Now a family of ten, Tisha’s little-known past helped prepare her for taking on such a huge responsibility.

Check out the video below to see what the FOX5 Surprise Squad did for Tisha, Kevin and their newly assembled family. Tisha made a promise to Audrey to take her care her children. When her story got out, others decided to support her selflessness and her extreme act of kindness.