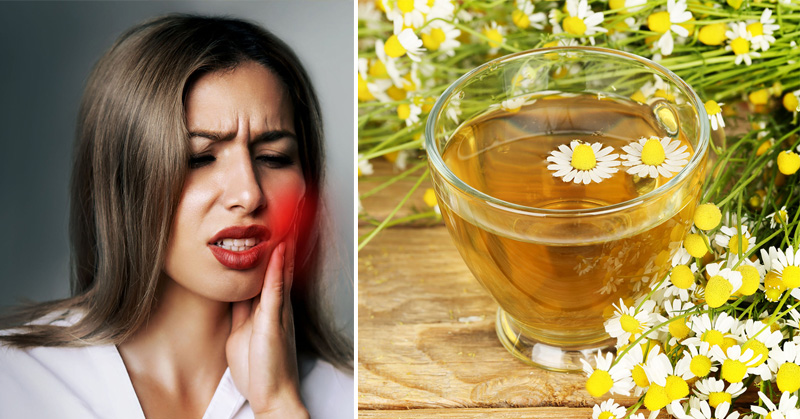 The versatile chamomile flower is packed with disease-fighting antioxidants. Perhaps, however, you mostly associate chamomile with relaxation. This is indeed one of its most popular uses. For example, if you’re stressed, a cup of chamomile tea can help you unwind after work or before bed. Furthermore, chamomile been used for centuries for its other medicinal benefits. For example, aside from fighting anxiety, chamomile benefits include the ability to reduce inflammation, treat insomnia, heal hemorrhoids and more.

The chamomile plant is native Western Europe as well as Northern Africa. However, today,  several different climates all over the world grow and export chamomile. For example, Germany, Poland, France, Great Britain, Italy and Belgium are all major exporters of chamomile. German chamomile in particular has strong medicinal qualities, and differs biologically from the Roman and English varieties.

As mentioned above, the medical use of chamomile has a long history. In fact, doctors in Europe and in the early settlements of America used to carry chamomile with them, as the knew it had many medicinal benefits. Learn all about these fantastic benefits by reading the list below!

1. Provides the Body with Antioxidants

Part of why chamomile does wonders for your health is due to the antioxidants present in this plant. Chamomile flowers are rich in antioxidants that help fight free radical damage. They benefit the body by lowering inflammation and preventing cell mutation, which can lead to disease. The antioxidants in chamomile can boost the immune system, fight mood disorders, reduce pain and swelling and promote healthy skin. Be sure to incorporate at least one cup of organic chamomile tea in your daily routine to help fight the development of disease.

The extract form of chamomile is typically used for its mild sedative properties, to ease anxiety and depression. In fact, chamomile extract is great for treating common sleep-related maladies, such as night terrors or nightmares, and may even help relieve sleep paralysis and hallucinations.

Chamomile benefits digestion by acting as a natural relaxant. It can help a variety of gastrointestinal problems, including diarrhea, indigestion, gas and acid reflux symptoms, along with motion sickness, nausea and vomiting. Chamomile oil can also help prevent spasms and relieve cramping, constipation, leaky gut and IBS symptoms.

The gut and brain communicate with what’s called the vagus nerve. This is why chamomile can help heal the above stated gut-relates issues. Chamomile is a natural relaxant. As such, the brain-gut connection allows for both mental and physical healing with the use of a relaxant. Think about what happens when some people get nervous. It’s an emotional response, and yet it affects them physically, too. For example, some people tremble or feel butterflies in their stomach. Others vomit or may have loose stools. This is part of how relaxants like chamomile can come in handy and help address digestive issues. 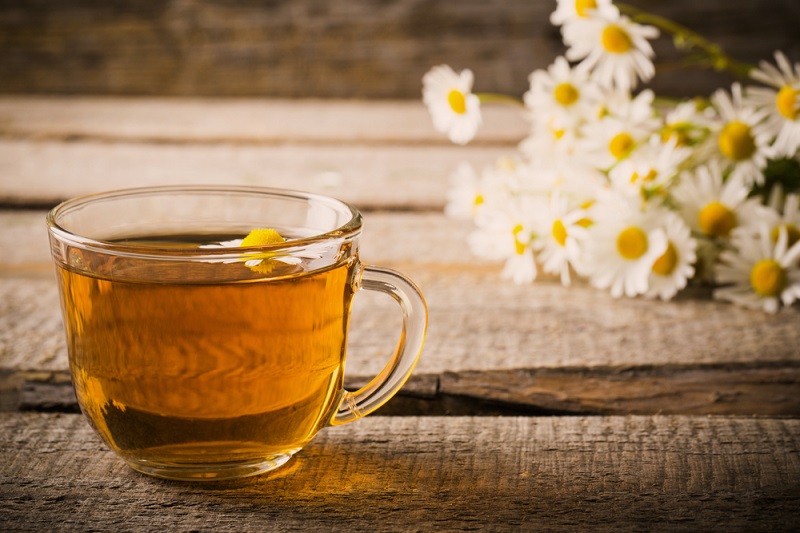 Chamomile benefits include the ability to relieve pain and fight inflammation in the body. As a natural anti-inflammatory, chamomile can, for example, help relieve pain and swelling associated with skin irritations, toothaches, back pain, arthritis and other inflammatory conditions.

Research suggests that chamomile benefits may include the ability to help fight cancer. In a study published by the Journal of the Federation of American Societies for Experimental Biology, researchers found that chamomile extract was able to significantly reduce human cancer cells that can lead to prostate cancer. (2)

Chamomile benefits include the ability to relieve congestion. If you’re fighting a cold, flu or sinus infection, try chamomile tea. The antioxidants will help strengthen your immune system while the anti-inflammatory properties help reduce congestion and improve breathing. However, if your congestion is due to seasonal allergies, chamomile may worsen your symptoms. This is only true, however, if you have an allergy to flowers in the daisy family. 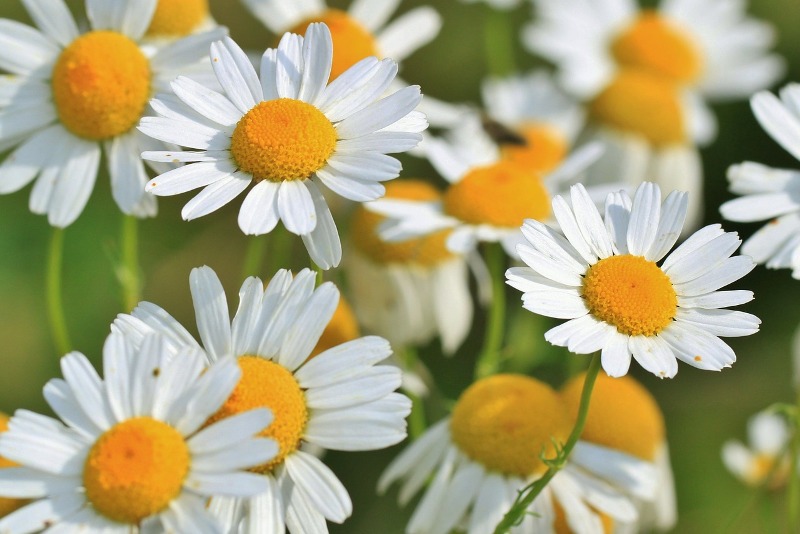 Thanks to its anti-inflammatory and antibacterial properties, chamomile benefits include the ability to promote healthy skin. The flavonoids in chamomile penetrate below the skin’s surface to soothe dry, irritated skin. Chamomile can be used to help treat ulcers, eczema, gout, bruises, canker sores and other wounds.

Chamomile benefits the gums and teeth by fighting off bacterial infections in the mouth. The anti-inflammatory properties of chamomile can also help relieve pain associated with canker sores, as mentioned above, and toothaches. Furthermore, unlike some herbal tea blends, chamomile tea will not erode your tooth enamel.

Chamomile benefits include the ability to improve heart health, thanks to the flavonoids it contains. Researchers found a link between higher flavonoid intake from foods and herbs and a reduced risk of mortality from coronary heart disease. (3) To improve your heart health, consider drinking a one to two cups of chamomile tea every day.

If you are allergic to ragweed or daisies, you may also have an allergy to chamomile. If you use or consume chamomile and notice any allergic reaction, discontinue use.  It’s important to note that if this reaction includes swelling of the tongue or throat, you need to seek immediate medical attention.  Furthermore, chamomile can cause drowsiness; drink responsibly. Generally speaking, pregnant women should not consume chamomile. It may not be safe, whether in the early or late stages of pregnancy.  However, some sources claim that most commercialized herbal teas, including chamomile, are safe for pregnant women to drink. If you have any questions about the safety of drinking chamomile tea during pregnancy, consult your doctor.