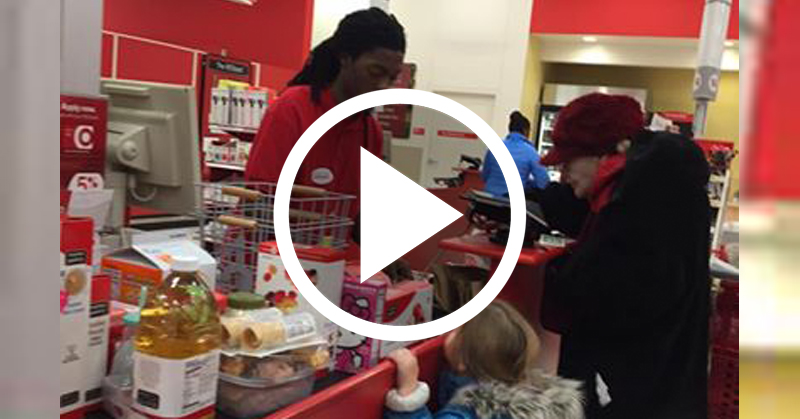 Cashier Goes Viral After Doing THIS For Elderly Customer

Even after the craziness of holiday shopping, one Target employee held onto his holiday spirit. The unexpected and genuine kindness he shared with a shopper recently went viral when it was caught on camera.

Ishmael Gilbert was hired at Target just before the holiday season. When an elderly woman was in line, she realized that she only had change to pay for her purchase. She became nervous because she was holding up the line. Ishmael kindly reminded the woman that she was not an inconvenience. He then helped her count her change and make her purchase. 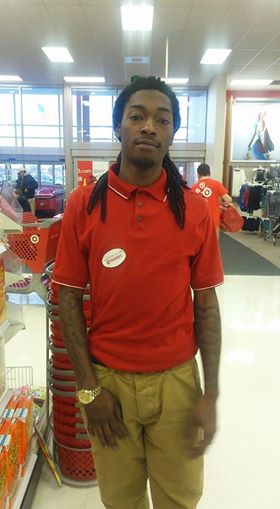 The 19-year-old was patient was his customer. He took his time and reminded her that she was a blessing, not a problem. Ishmael showed kindness when he didn’t think anyone was watching. He wasn’t looking for attention or gratitude.

Little did he know, another woman in line was watching. She took out her cell phone and snapped a picture of Ishmael helping the elderly woman. Sarah Bigler, the Target customer who took the photo, shared the picture and the story on Facebook. Not long after, it went viral.

Sarah wrote, “I found a line with just one person ahead of me and began organizing my items on the conveyor. After placing my items, I look up to see that the person ahead of me was an elderly woman. She was paying for her items with change and wanted to purchase each separately. Part of me, the part that had a long day at work, the part of me who had a 1 1/2 year old having a melt down in the cart, the part that had set an unnecessary timeline for Target and getting home, was frustrated with this woman and the inconvenience she had placed on me.” 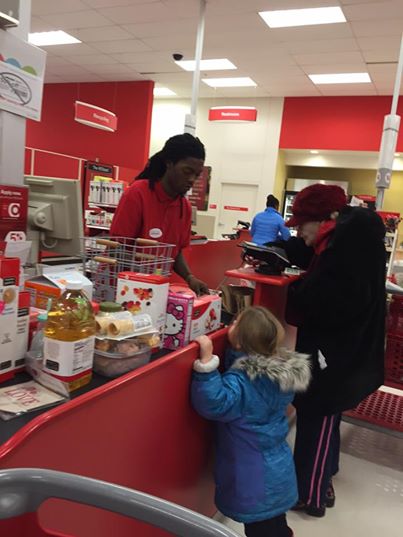 She continued. “BUT then I watched the young employee with this woman. I watched him help her count her change, ever so tenderly taking it from her shaking hands. I listened to him repeatedly saying “yes, mam” to her. When she asked if she had enough to buy a reusable bag, he told her she did and went two lines over to get one for her and then repackaged her items. Never once did this employee huff, gruff or roll his eyes. He was nothing but patient and kind.”

Sarah also noticed the effect Ishmael’s kindness had on her own daughter. “As I was watching him, I saw that Eloise was too. She was standing next to the woman, watching the employee count the change. I realized I hadn’t been inconvenienced at all. That my daughter was instead witnessing kindness and patience and being taught this valuable lesson by a complete stranger; furthermore, I realized that I too needed a refresher on this lesson.”

After Ishmael’s story went viral, he told reporters that he treated the woman as he would his own grandma – with kindness and respect. A few weeks later, another customer witnesses his kindness. This customer was a manager at a nearby dialysis center. She asked Ishmael what his future career goals were and she offered him a job.

Ishmael seized the opportunity. He now works as a patient care tech at Fresenius Medical Care. As an added bonus, the medical center is funding Ishmael’s education and training to become a registered nurse. He loves helping his dialysis patients.

Check out the video below to hear Ishmael discuss what it’s like to be a viral sensation. The kindness he showed when he thought no one was watching has helped open doors for him, giving him a bright future.