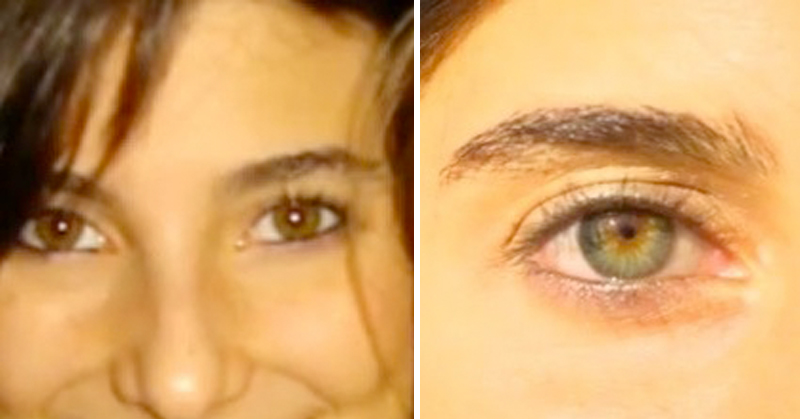 Can a Raw Food Diet Change Your Eye Color?

But can a raw food diet change your eye color?

It’s a bit of an interesting question, isn’t it? Many people don’t even know that eye color can change. But as All About Vision reports, it is indeed possible.

In fact, there is an entire field of study known as Iridology that believes the condition of one’s iris, including color and markings, changes depending on health state. The iris is especially susceptible to these changes during a child’s formative years.

“By the late teens to early 20s, your eyes are how they will last until you die. But until that point, they’re still changing.”

And could a raw food diet push this change forward? Vegan dietician and personal trainer Ondrej Matej says so. In fact, he noticed it in himself:

“They went from a very dark brown to a light brown with a very slight green circle around. You can tell eyes get lighter depending on what you eat.”

YouTuber Fully Raw Kristina also says she saw a major transformation in her eye color after switching to a raw food diet.

Before the diet change, Kristina was very constipated and having bowel movements only about once a week. She went to see an iridologist who told her that this constipation and the toxins from her diet were reflected in her eyes.

So Kristina switched to a healthier raw-food diet and bam! Her constipation cleared up and her eyes became blue.

Feeling skeptical about the whole thing? I don’t blame you – it is a bit odd. But even those experts resting on the skeptical side of things, like Yvonne Davis, say it is possible for such a drastic change to occur – It’s just incredibly rare.

More commonly, people experience a slight lightening of eye shade that reflects increased purity and cleanliness in the body.

So while your eyes probably aren’t going to change as drastically as Kristina’s, don’t forget about all the other health benefits of going raw.

Check out this interview with David for more information on the vast benefits of eating raw food.