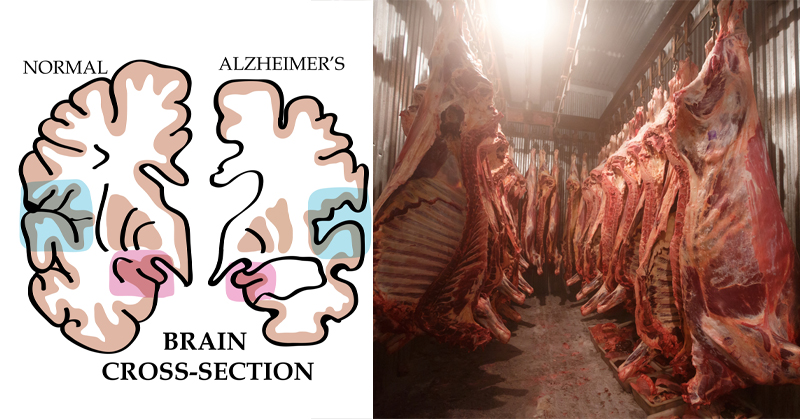 The health cost of cheap factory farmed meat might be higher than we think.

Investigators have sounded the alarm that Alzheimer’s disease might be linked to eating meat from animals raised in confined animal feeding operations (CAFOs).

As reported by Medicine Net, a study that examined the autopsied brains of more than 340 Alzheimer’s patients, found that TDP-43 was present in nearly 200 of them.

TDP-43 is a foreign, infectious protein responsible for Mad Cow Disease in cows and also appears to play an important role in Alzheimer’s. The protein is also linked to ALS, also known as Lou Gehrig’s disease, and chronic wasting disease, a transmissible neurological disease in deer and elk. 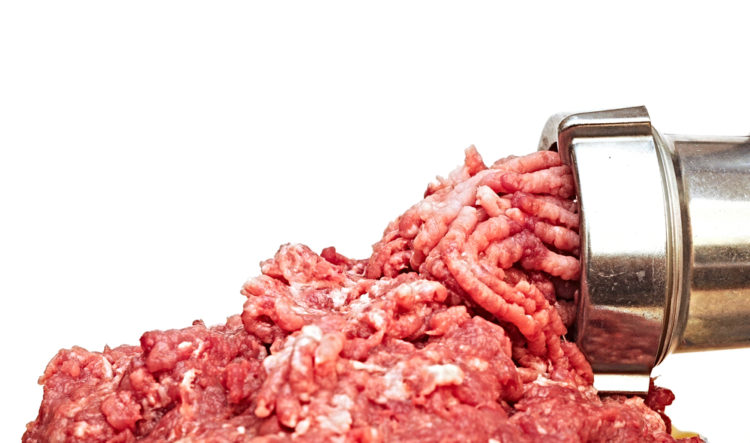 Researchers have found that this protein may also play an important role in Alzheimer’s disease, because it is correlated with shrinkage of the hippocampus, which causes memory loss. Alzheimer’s disease affects an estimated 5.2 million Americans, and is a devastating degenerative brain disease that develops slowly over time, and tends to be quite lethal in its final stages.

The study found that those with abnormal levels of TDP-43 were 10 times more likely to have thinking problems such as memory loss at death than the other patients.

The link between Mad Cow and Chronic Wasting Disease is CAFO farming practices that include forcing natural herbivores to eat animal parts. Animal byproducts are often mixed into the feed given to CAFO livestock, and Mad Cow Disease is transmitted is when cows are fed bone meal and waste products from other cattle infected with the disease.

While it’s now illegal to feed beef-based products to cows, the beef industry subverts this rule by using a feed product known as “chicken litter,” which is a rendered down mix of chicken manure, dead chickens, and feathers, and nearly one-third of the mix is spilled chicken feed, which includes cow meat and bone meal used to feed the chickens. 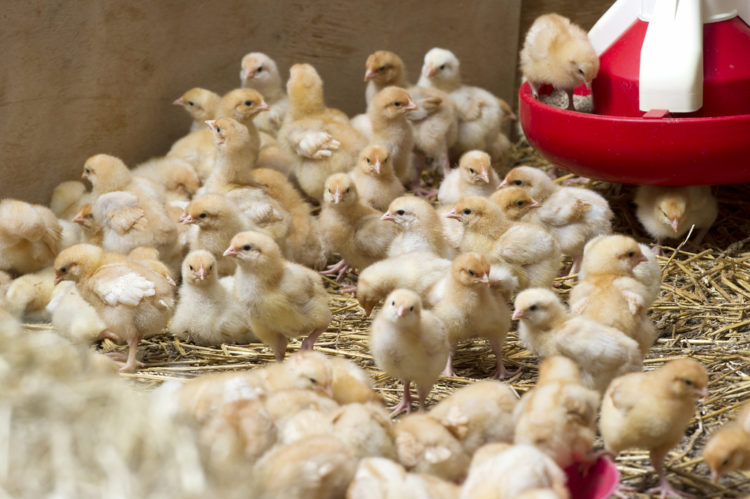 TDP-43, which is now linked to Alzheimer’s, may be ingested by eating CAFO meat.

When a foreign protein like TDP-43 is introduced, the human body responds with inflammation, which is a hallmark of most degenerative diseases, including Alzheimer’s. According to Mercola, up to 13 percent of all “Alzheimer’s” victims are thought to really have a Mad Cow infection.

Factory farming practices that eliminate hygiene and replace animals’ natural diets with unnatural grain diets, into which animal byproducts are mixed in, is a “cannibalistic” practice that must be ended.

To avoid the negative effects of eating such meat, look for organic, grass-fed and finished meat that is humanely raised and butchered is really about the only type of meat that is healthy to eat. The following organizations have been recommended by Mercola to help you locate farm-fresh foods in your local area that has been raised in a humane, sustainable manner:

If you need even more evidence of the harms of factory farmed meat, check out this video of a Perdue chicken farmer that allowed cameras in to see the practices that disgusted him.

Learn more about meat producing practices and their by products in the video below: