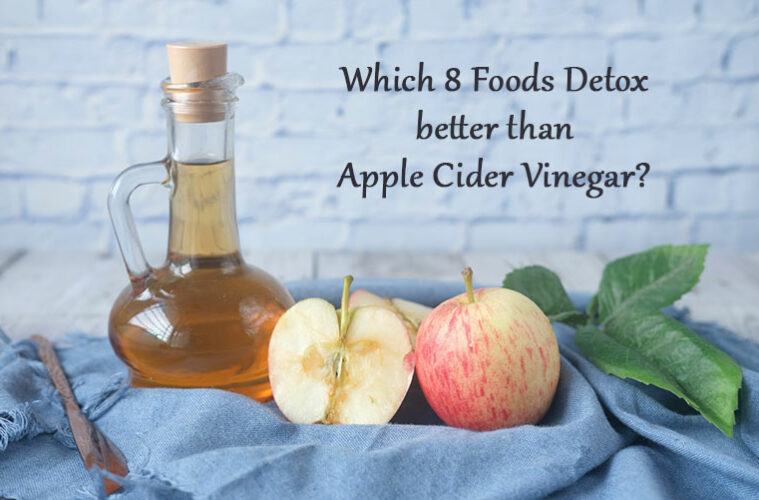 As far as detox foods go, it’s hard to top apple cider vinegar. But can other foods detoxify you even better?

Believe it or not, there are actually many detox foods that are even stronger than ACV. This is because of the anti-viral, anti-parasitic, anti-microbial and other healing powers they possess.

Many of the best detox foods are hiding just outside the public view. Herbalists have used these foods for decades.

In the case of the following eight detox foods, each has a specific purpose for detoxifying the body. They do this through powerful compounds that science has proven to be effective.

Most people avoid them in many cases because of their bitter tastes. But science proves that mother nature has created some awesome remedies in these foods!

You won’t find this powerful nut in many stores or recipes. Instead, you’ll find it in the medicine cabinets of herbalists from North America to Asia and everywhere in between.

The black walnut is especially noteworthy for its ability to expel parasites from the human body, in addition to ringworm, tapeworm, pin or thread worm, and many other different bad bugs that take up residence within our intestines. (1)

Black walnut is so strong that gardeners often use it as a natural pesticide. This is thanks to the powerful punch it packs via the active component juglone.

The nut itself has a unique earthy, tangy and bitter taste, far different than a traditional walnut. This makes it a strong natural medicine.

You can find black walnut as one of the detox ingredients in our Detox Box, which also contains cloves, various digestive enzymes, and a handful of other powerful ingredients that also made this list.

We’ve all heard of garlic due to its culinary uses. Don’t forget that it also happens to be one of the most powerful “total system reset” foods in the world. 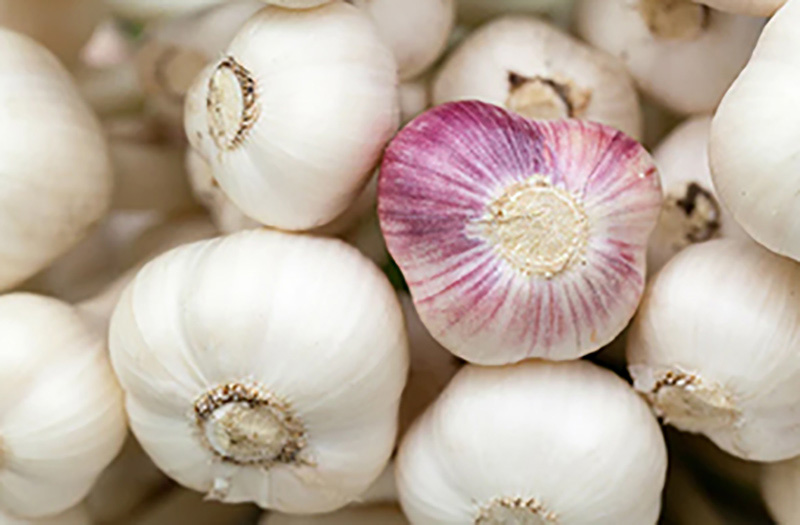 Garlic is so powerful that it can kill even the most malignant viruses and other nasty bugs. This is especially true when taken in large stews with 10-20 cloves or more.

The key when using garlic for medicinal and detoxification purposes is to make sure you’re using the whole clove. This is better than garlic powders or other less potent versions of the plant that you would normally keep in your pantry.

Aside from its ability to expel these invaders from your body, garlic also can help detoxify heavy metals. (2)

At high doses, the potent sulfur compounds in garlic and other compounds reduce lead levels in the blood by 19%, in just four weeks, while also reducing many clinical signs of toxicity.

The study involved employees of a car battery plant where excessive exposure to lead was a serious problem. Researchers found that three doses of garlic per day outperformed even the drug D-penicillamine.

This venerable North American herb has been around for so long that people often overlook it as an effective detox ingredient.

The fact that there is something called The American Liver Association tells you all you need to know about the state of liver health in the United States. It also says a lot about the amount of food additives like high fructose corn syrup that we consume.

Milk thistle has been used for over 2,000 years and is grown mostly in California, although herbal formulas containing it can be found across the country and even in many others around the world. (3)

This humble thistle with a purple flower is amazing for detoxifying the liver, decreasing inflammation and soothing the mucous membranes throughout the body.

A member of the Asteraceae plant family along with sunflowers and similar looking plants, milk thistle has also been shown to hold the power to decrease or even reverse damage to the liver caused by excessive alcohol consumption, pollution, heavy metals, prescription drugs like antibiotics, and much more.

According to Dr. Josh Axe, most recommendations for milk thistle consumption are between 20–300 milligrams daily. A dose of 50-150 milligrams each day can support healthy liver function.

The detoxifying benefits of milk thistle are unquestioned, now the hope is that more people will begin implementing them into their daily routine, because of how inexpensive and effective this timeless natural medicine is for overall health.

Also known as absinthium, green ginger, absinthe, old woman and Southernwood, wormwood is another powerful herb that you may not have heard of unless you’ve taken herbology classes or worked with an herbalist. 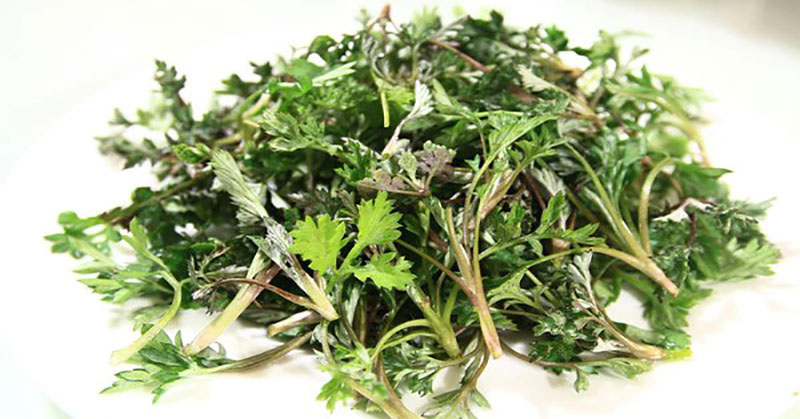 Traditionally used to help detoxify the body and to remove worms (hence the name), this potent herb was even used by perhaps the most famous natural healer of all-time, the Greek physician Hippocrates, several centuries ago.

He prescribed it for menstrual pains, jaundice, anemia and rheumatism. It can also help reduce liver damage.

Perhaps one of the most exciting uses of wormwood in the modern context is its ability to help cleanse the body from SIBO (small intestinal bacterial overgrowth), which is present in 84% of IBS patients! (4)

If your gut lining is not healthy, it can lead to something nobody wants to experience in today’s day and age: the dreaded “leaky gut syndrome.”

Wormwood, along with similar anti-microbial herbs like thyme and oregano, can help put a stop to this out-of-control bacteria. It’s also one of the featured ingredients in our parasite detox product, Remove Unwanted Guests.

While North American herbs have found a special place on this list so far, we head to South America for our fifth most powerful herb, which is also known as “stone breaker” in Spanish.

The herb has earned its name with an extraordinary ability to detoxify the kidneys.

In fact, a 1990 study from Dr. Wolfram Wiemann of Germany treated 100 patients for kidney stones, in search of an alternative herbal solution to a problem that is usually only treated with invasive and expensive surgery.

The herbal mixtures involving chanca piedra are 94% effective in eliminating kidney stones within a week or two. (5)

Its main uses are for kidney and gallstones, to tone, balance, strength, detoxify and protect the liver, and for viruses, especially hepatitis A, B, and C, as well as herpes and HIV. For hypertension and high cholesterol levels, it also has shown effectiveness.

Its all-around high potency for detoxifying makes it an effective addition to any detox protocol.

Charcoal is an excellent emergency remedy in cases of food poisoning. Why is that? Activated charcoal is a highly porous substance that attracts and holds material inside of it. This allows your body to remove it safely. 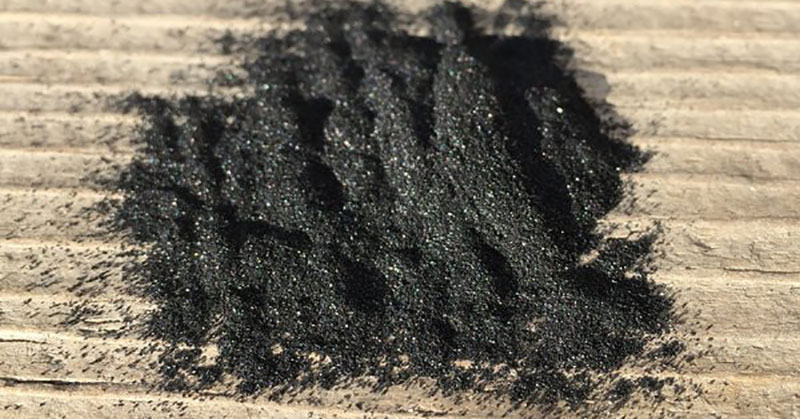 It is so potent that people once considered it to be a “universal antidote” for the human body, in terms of its ability to remove harmful substances. You can even use it under the care of a professional to remove excess drugs from your system in the event of a drug overdose.

If you’re looking for the best quality activated charcoal, you may want to look for activated coconut charcoal, which is made from coconut husk rather than petroleum or coal byproducts. This makes all the difference.

After all, we’re talking about detoxifying your body from potentially harmful substances, not adding more of them to the mix!

In tropical cultures and areas, papayas are cheap, abundant, and perhaps most importantly, non-GMO. This is unlike some of the “detox foods” you’ll find on store shelves!

Papayas provide a highly valuable source of overall nutrition. This includes digestive enzymes for breaking down your food. But perhaps the biggest benefit of these fruits for detoxifying is through the papaya seeds, which are excellent for detoxifying the kidney, promoting your body’s ability to detox itself, and expelling parasites from the body as well. (6)

The humble papaya seed is pound-for-pound, cent-for-cent one of the most powerful and cost-effective detox foods you will find.

The next time you eat a papaya, be sure to stash away some of the seeds for eating later. Your body will thank you in more ways than you can possibly count!

Everybody knows about the healthy benefits of for broccoli for detoxifying the body. But there are multiple other forms of broccoli that can help the body detox even better than the food itself. 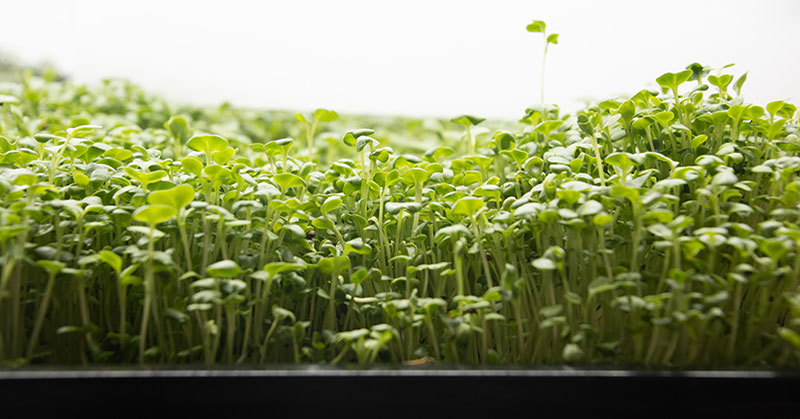 Broccoli sprouts definitely have that capability, and are especially helpful for people living in polluted areas!

Two studies found that people in congested areas were able to reduce the excretion of far larger amounts of airborne chemicals than those taking a placebo. (7)

A test for levels of carcinogens found that participants were able to significantly detox these dangerous chemicals after 10 days.

Needless to say, these tiny sprouts pack a punch. They should be a staple of any truly serious detox diet.