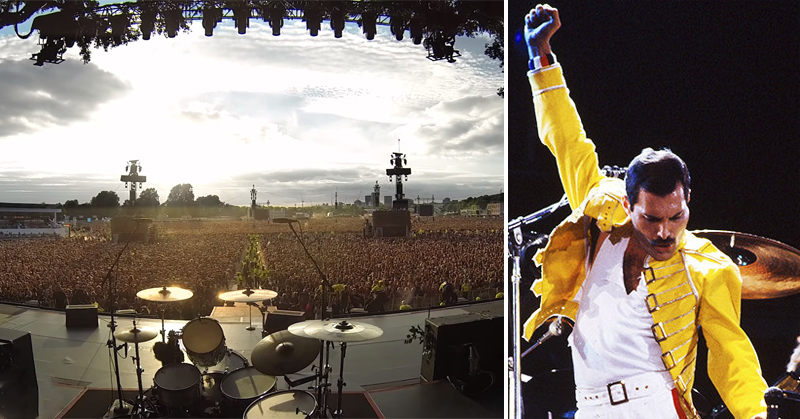 A remarkable moment of musical camaraderie took place in Hyde Park in London, England, when 65,000 people, who had gathered to hear the melodic punk band Green Day, broke into a Queen song while waiting for the band. And the result was, in the best way, truly chilling.

In a video that Green Day ended up sharing online, the crowd sang the 1975 Queen hit “Bohemian Rhapsody” in its entirety.

All of this occurred before the band even hit the stage on July 1st. And the occasion impressed Green Day to such an extent that they shared the footage for all to see on their own YouTube channel. The video has been viewed over 7 million times.

The band itself has covered other Queen hits, such as “We Are the Champions.”

An occasion such as this is one of many examples that proves bands like Queen are timeless. As the years go by, new generations fall in love with their songs, and as one YouTube user noted, “Only Queen can rock a stadium without even being there.”

The classic rock band lives on through other mediums as well, such as going on tour with pop singer Adam Lambert filling in as front man.

And, of course, this isn’t the first time something like this has occurred at a Green Day concert. At Emirates Stadium, back in 2013, a sold-out show consisting of 60,000 people also sang along to the same song in question.

Watch the beautifully chilling moment when the crowd in Hyde Park belts out the Queen song: