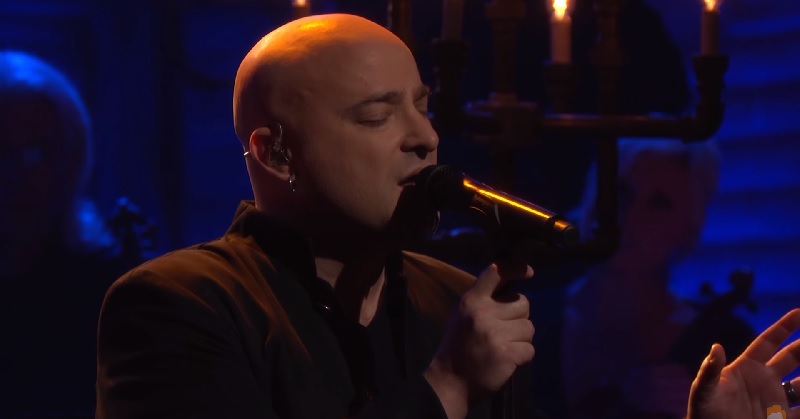 Disturbed’s Rendition of “Sound of Silence” is EPIC!

David Draiman is the lead singer of the heavy metal band Disturbed.

So when the band stepped onstage to perform on Conan earlier this year, the audience probably thought they had a good idea of what they were in for.

Little did they know.

The lights fell and a piano began to gently play the opening of Simon & Garfunkel’s “Sound Of Silence.”

When David began to sing? Shivers.

You’ve gotta hear it to believe it.