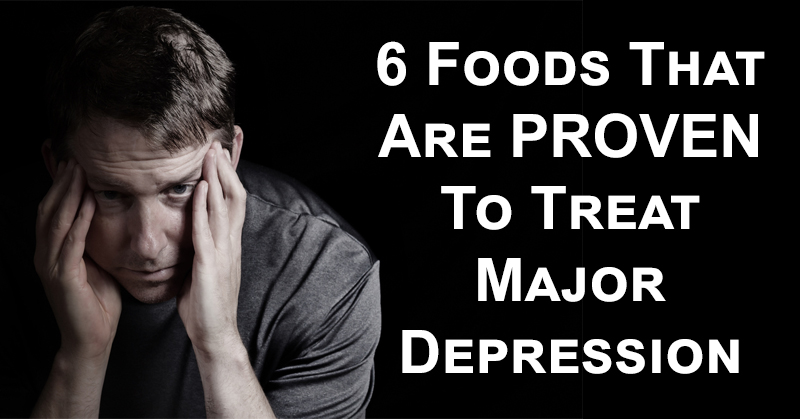 6 Foods That Are PROVEN To Treat Major Depression

Major depressive disorder affects more than 15 million American adults in a given year. It’s considered to be the leading cause of disability in the United States for ages 15 -44. The causes of depression vary. Sometimes the cause is unknown. But since the 1950s, the pharmaceutical industry has been profiting from a broad range of antidepressants. Today, it’s estimated that 8-10% of Americans are taking some kind of antidepressant.

While antidepressants may be able to help some people cope with the overwhelming effects of depression, they do not cure depression. They also come along with some dangerous side effects. 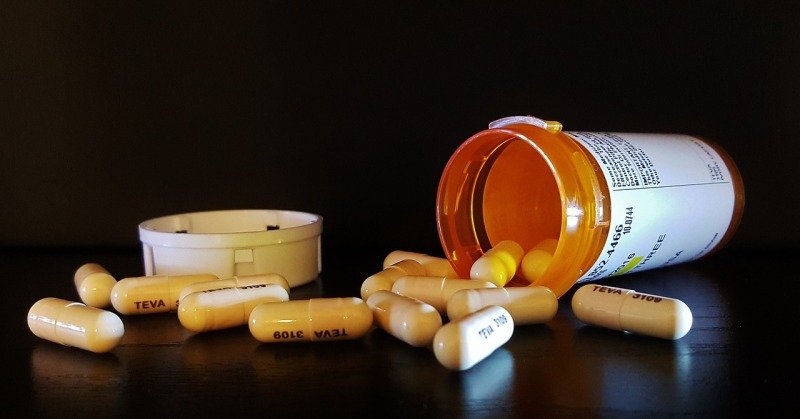 A study conducted by Deakin University in Australia has shown that major depression can be overcome by making the right dietary changes. Professor Felice Jacka is the Director of Deakin’s Food and Mood Center. She said, “We’ve known for quite some time that there is a clear association between the quality of people’s diets and their risk for depression. This is the case across countries, cultures and age groups, with healthy diets associated with reduced risk, and unhealthy diets associated with increased risk of depression.”

Professor Jacka went on to explain that this study was the first randomized controlled trial to directly test whether improving diet quality can actually treat clinical depression.

The study looked at adults who suffered from major depression. They were randomly assigned to different types of support. Some received social support, which is known to be helpful for people with depression. Others received support from a clinical dietitian. Researchers evaluated their progress over a three-month period. They found that participants in the dietary intervention group had a much greater reduction in their depressive symptoms.

Researchers revealed the types of food that helped reduce depression symptoms the most. Here’s what they found: 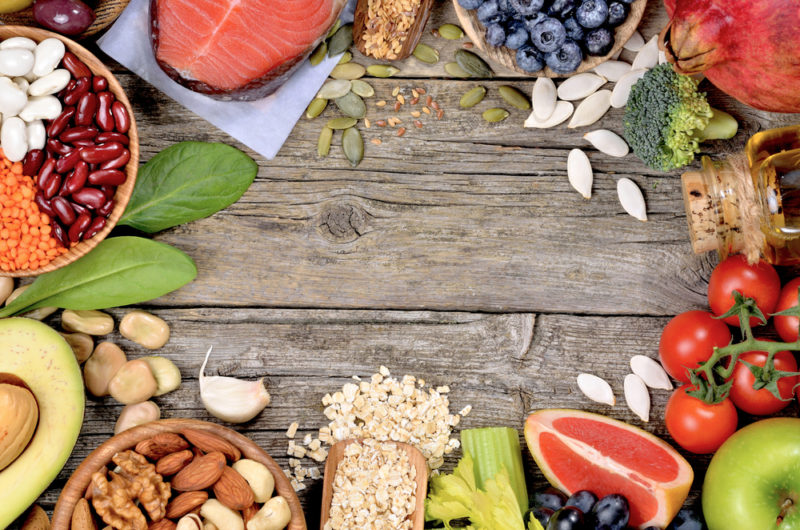 Research has shown that depression is linked to inflammation in the body. It’s also linked to the health of the body’s microbiota. Both of these factors are heavily influenced by a person’s diet. This Deakin University study shows that adapting a healthier lifestyle could help naturally reduce the effects of depression. It suggests that adding clinical dietitians to mental health care teams could tremendously help those who suffer from depression.

Professor Jacka noted, “Depression also increases the risk of and, in turn, is also increased by common physical illnesses such as obesity, type 2 diabetes and heart disease. Successfully improving the quality of patients’ diets would also benefit these illnesses.”

While cleaning up your diet is an awesome start to enhance your health and alleviate some of the effects of depression, adding in certain superfoods may speed up the journey.

Eating foods rich in omega-3s reduces inflammation in the body. Omega-3 fats are essential, meaning the human doesn’t make what we need, and many people are deficient in the long-chain omega-3 fatty acids DHA and EPA.  Spirulina, part of an ancient class of single-celled, blue-green spiral algae, is high in DHA.  Look for raw, sustainably sourced spirulina.

Blood sugar irregularity has been linked to every psychological disturbance from moodiness to schizophrenia, including depression.  Foods high in minerals help maintain even blood sugar levels. Cacao (the food all chocolate is made from) is the best natural source of magnesium, as well as a source of iron and chromium, a blood sugar stabilizer. Kelp and other sea vegetables are high in minerals:  try adding a dash along with sea salt to flavor your food.

And enjoy the sunshine!  It’s always nice to get outside and play, and the sunlight on your skin will turn to Vitamin D in your body. The “sunshine vitamin” not only comes from the sun, but it makes you “sunny,” too!