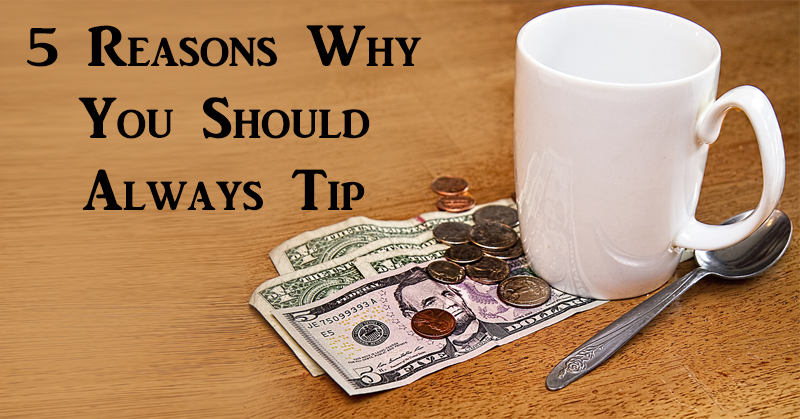 5 Reasons Why You Should Always Tip

Tipping can become quite the controversial topic. If you want to stir things up a bit, bring it up in conversation and watch as a group of people start disagreeing on proper tipping etiquette. There are those who tip well no matter what, because they’ve been a server before and they know how much servers depend on tips. There are those who tip based on service, and there are others who are awful tippers, plain and simple.

Regardless of your view on tipping, there’s a pretty good argument for why you should always leave a tip, no matter what.

1. Serving Is Not A Minimum Wage Job

If you’ve ever been a server, you know how fast-paced and stressful it can be. Servers are on their feet for long periods of time, running back and forth between the kitchen and the tables, constantly taking orders, bringing out meals, refilling drinks and bread baskets and grabbing forgotten items. Not to mention dealing with the extra demanding customers and the ones who complain about their meals. Being a server requires multitasking, memorizing, body strength and social skills. For those of you who think all they do is set your food on the table, you are oh so wrong.

2. Servers Can’t Rely On Their Paychecks

Many servers only make around $3.00 an hour. At the end of the pay period, taxes are taken out of their check, making it even less. Servers work for their tips. They depend on their tips. The only way they make money to bring home is if they have a busy night with lots of tables and a few generous tippers. 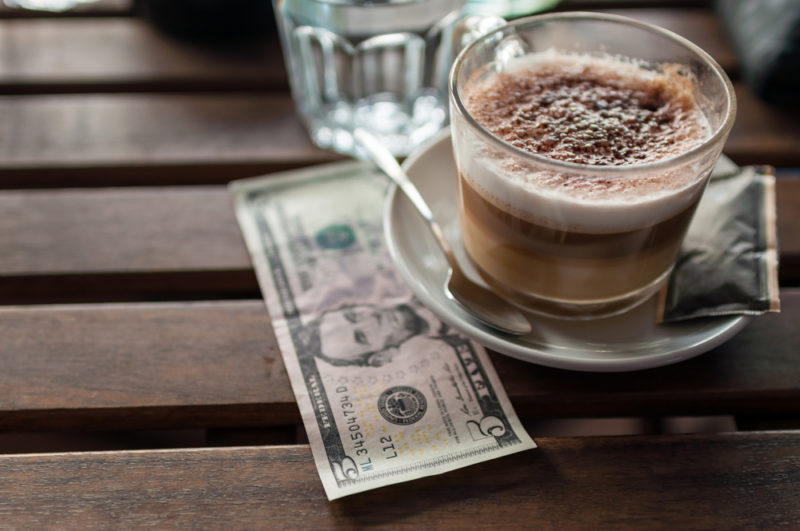 3. Many Servers Have To Tip-out

At the end of the night, many servers are expected to give a certain amount of their tips back to the restaurant, a process known as a tip-out. This money is used to pay the hosts and the bartenders. It might be 15% of their tips or 2% of their sales. If you don’t tip your server, your server is pretty much paying for you to eat at the restaurant.

4. The Government Expects You To Tip

The federal government expects customers to tip at least 15% when they eat out, which determines the federal minimum wage for servers. If you’re tipping lower than 15%, your server isn’t even making minimum wage. If you have a problem with tipping, call your local senator and lobby for a bill that will raise the minimum wage for servers. By not tipping, you’re only hurting your server – the person who might be trying to put food on the table for their family, have enough money to pay their rent or send their kids to college.

5. Tipping Helps You, The Customer

If you’ve ever wondered if tipping leads to better service, the answer is yes. Servers have no idea how much money they’re going to bring home on any given night, which can be extremely stressful. If they knew they were going to get paid no matter how polite they were, they wouldn’t have to work so hard to win you over. If you leave a nicer tip, you’ll receive better service.