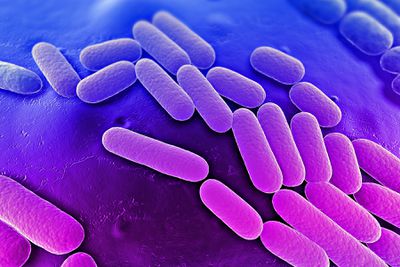 A  particularly alarming medical case has doctors concerned about the potential spread of deadly bacterial strains that are resistant to every single treatment method available.

Last year, a female patient died from a bacterial infection that doctors believe she contracted during an extended stay in India.

Upon returning to the United States for medical treatment, she was given a diverse cocktail of 26 different antibiotics.

Samples of the bacteria were analyzed and doctors concluded that it was “resistant to all available antimicrobial drugs.”

Screenshot of the CDC’s Report

The revelations come from a new report by the Centers for Disease Control and Prevention.

In it, they speculate about the impending dangers of these resistant bacteria, along with the significant fatalities that could be caused if spread.

The origin of this bacterial strain is difficult to trace, but the authors of the report believe the woman acquired it while vacationing in India.

India is the same country where such “superbugs” are becoming increasingly common. In an age where worldwide travel, mainly through the air, is dissolving the distances that once separated geographic locations, the threat of a global pandemic becomes realer.

Initially being treated at a hospital in Reno, Nevada, the woman from the report had infected swelling on her hip.

After multiple tests, doctors found that the bacterial strain was a variant of carbapenem-resistant Enterobacteriaceae called K. pneumoniae, which is normally found in the gut without causing any issues.

The CDC report speculates that the infection likely entered the patient’s bone after fracturing her femur in India. From there, it spread to broader areas throughout her hip.

After lengthy efforts by doctors to fight off the bacterial spread, including using any and all antibacterial drugs available at the time, the woman eventually went into septic shock and died.

The CDC report is another reminder that such superbugs, often acquired abroad can easily be brought back into the United States, potentially causing innumerable fatalities.