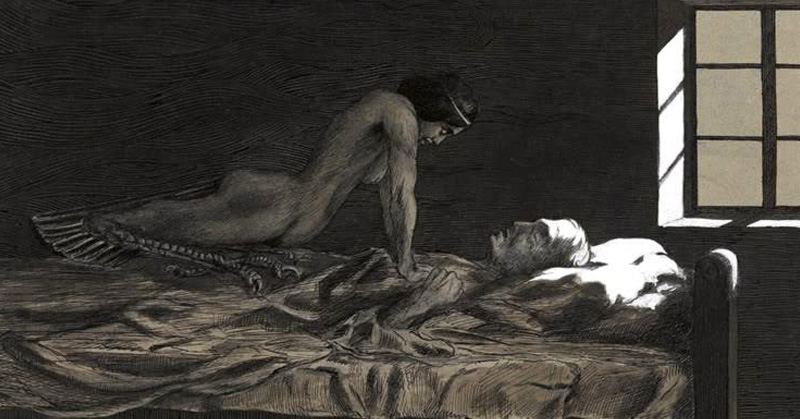 Do You Ever Wake Up and Can’t Move? THIS is Why!

Imagine, if you will, this scenario.

Breathing is difficult. If feels like there is something sitting on your chest and you are certain there is a being sitting on you and making you feel this way. This horror lasts for minutes, but it seems like hours. Sleeping is restful anymore. It’s horrifying.

This may seem like a scene from a horror book, but it is actually a real-life issue for a bunch of people. That is right. Tonight, there will be people who wake up to the previous scenario. They will have no clue what is going on, and they will not be able to move.

It is time to learn more about this phenomenon.

These symptoms stem from a strange sleep phenomenon called sleep paralysis. While various social and psychological factors can influence the prevalence of sleep paralysis, a 2011 paper combined 35 studies with more than 36,000 participants total. The authors found that 7.6% of the general population experiences sleep paralysis, rising to 28.3% in high-risk groups, like students who have a disrupted sleep pattern. And in people with mental disorders, like anxiety and depression, 31.9% experienced episodes. (Business Insider)

Daniel Denis, a PhD candidate in cognitive neuroscience and researcher at the Sleep Paralysis Project, explains the whole situation perfectly:

“When you’re experiencing sleep paralysis, you become conscious. The idea is that your mind wakes up but your body doesn’t.” (Business Insider)

But, if the brain is awake, why can’t the body move? 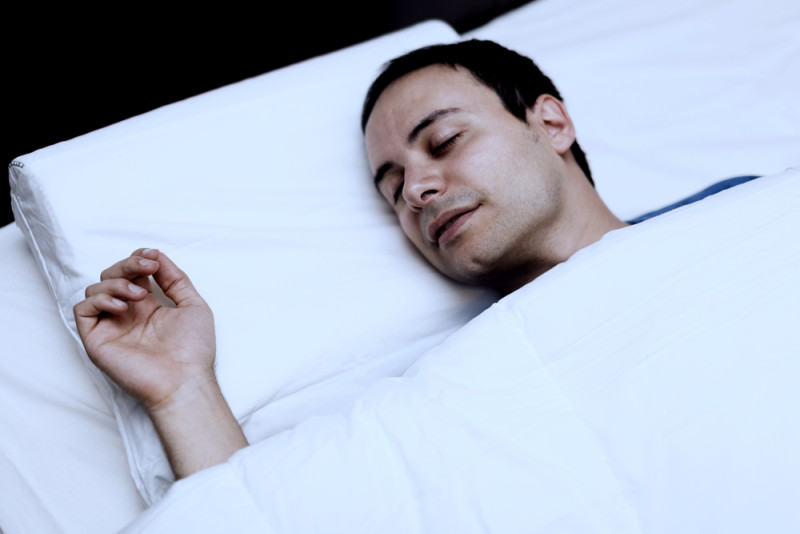 It all has to do with the three or four stages of non-REM (rapid eye movement) sleep and one specific REM state. It is possible to dream in all stages of sleep, but the dreams experienced in REM sleep appear to be more vivid and real.

The brain is extremely active during REM sleep, and people become paralyzed during REM. Although researchers are unsure of the reason, many believe it is so the body does not act out the dream. This is called REM atonia.

Most people who wake up suddenly can move easily. However, those who cannot move after waking experience sleep paralysis. It is REM atonia continuing after waking. Most of the time, this experience lasts a few seconds to a minute (I am sure it feels much longer). However, in rare cases, some people need 10 to 15 minutes to regain motion.

Many people feel a presence when they are in the clutches of sleep paralysis. Researchers are not sure what causes this, but they do have some ideas. One is that the figure is the mind’s attempt to create the movement it can’t actually do. Basically, the brain is saying, “I can’t move your arms, but here is a nice hallucination of your arms moving.”

Another guess is that amygdala is to blame. The amygdala, the part of the brain responsible for fear, becomes overactive and Denis explains the result:

“You wake up with your amygdala screaming, ‘There’s a threat! So your brain has to invent something to fix the paradox of the amygdala being active for no reason.” (Business Insider)

The amygdala does remain active during sleep, but sleep paralysis sends it into overdrive. This makes sense because the whole scenario sounds terrifying.

According to an in-depth study performed in 1999, there are three types of hallucinations that can occur during sleep paralysis: “incubus”, “intruder”, and “unusual bodily experiences”. 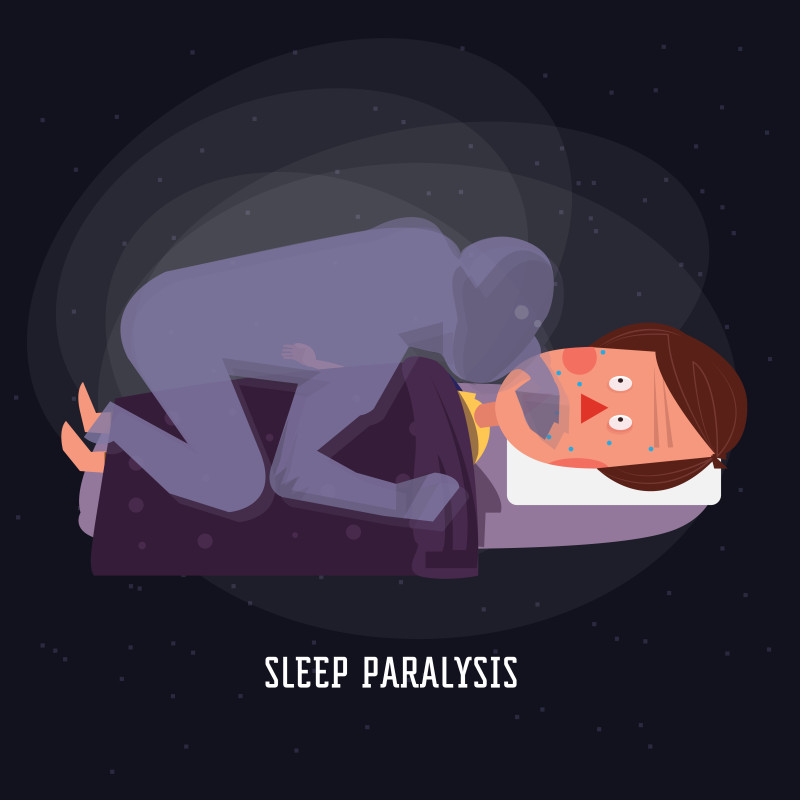 People feel intense pressure on their chests and they feel they cannot breath. However, this is only a mental game. It feels like they can’t breath because they are afraid. Also, the body is still in REM breathing mode which is very shallow. It would seem strange to anyone. 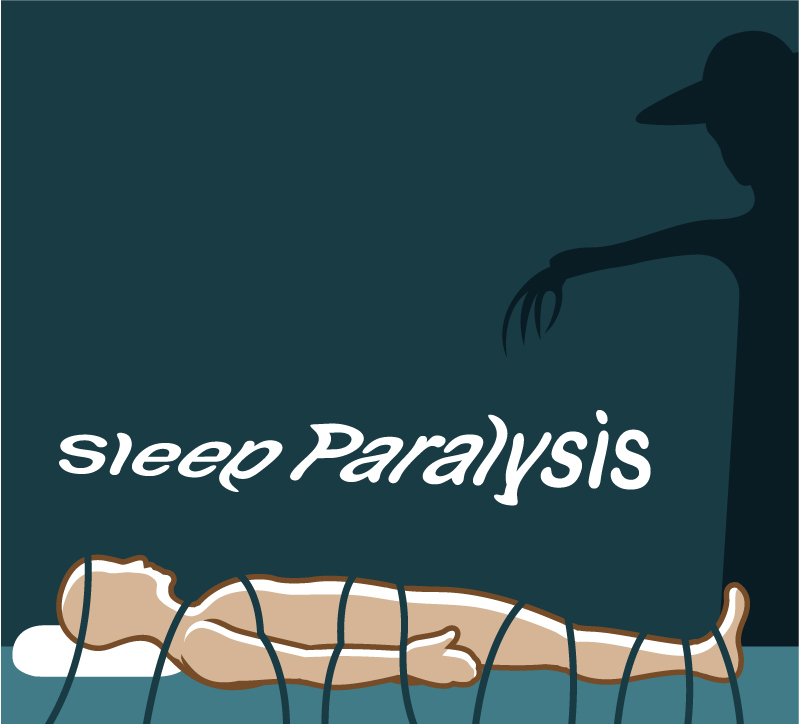 People who experience the intruder experience the feeling of a presence, fear, and visual and auditory hallucinations. The authors describe it as a “hypervigilant state of the midbrain,” which can make people highly aware of even the smallest stimuli and “biased toward cues for threat or danger.” That’s why a small sound can seem horrifying to someone experiencing sleep paralysis. (Business Insider) 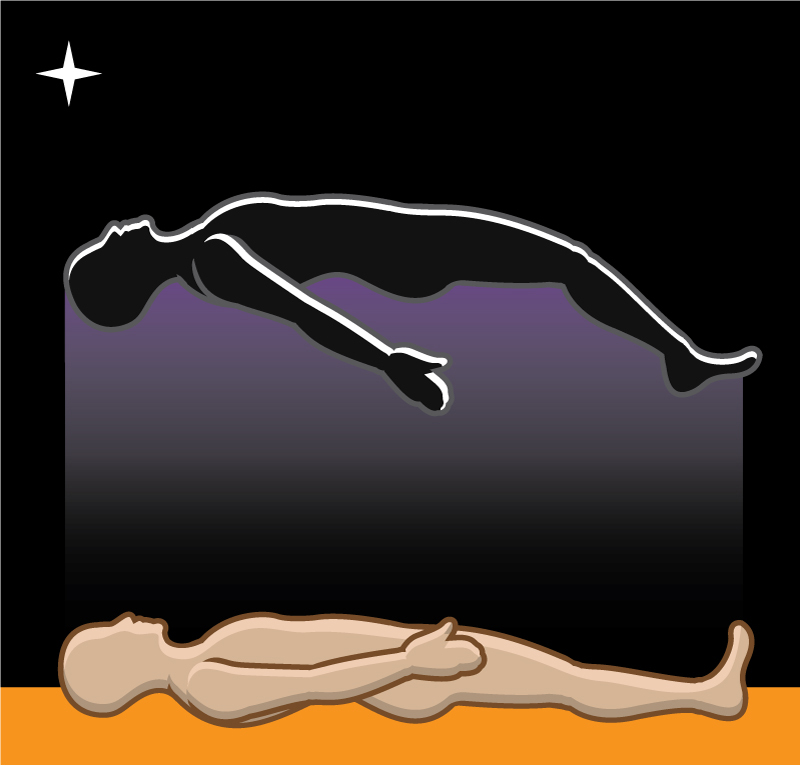 These people feel they are having an out-of-body experience. They feel like they are levitating or flying around the room. This type of sleep paralysis is so different because different areas of the brain are active at the time the person awoke.

Prevention is difficult with sleep paralysis. That is because it can be hereditary and because it is linked to the whole bunch of other sleeping and health issues. However, there are some things a person can do to help with the problem.

Researchers have found that sleeping on the side can reduce the event of sleep paralysis. Some sufferers even wear special clothing so that it is uncomfortable for the body to position naturally onto the back during sleep.

If a person does wake up and find they cannot move, they need to concentrate on moving a digit. Try to move a finger or a toe and focus on that. Once a muscle moves, the paralysis is broken.

What are your experiences with sleep paralysis?