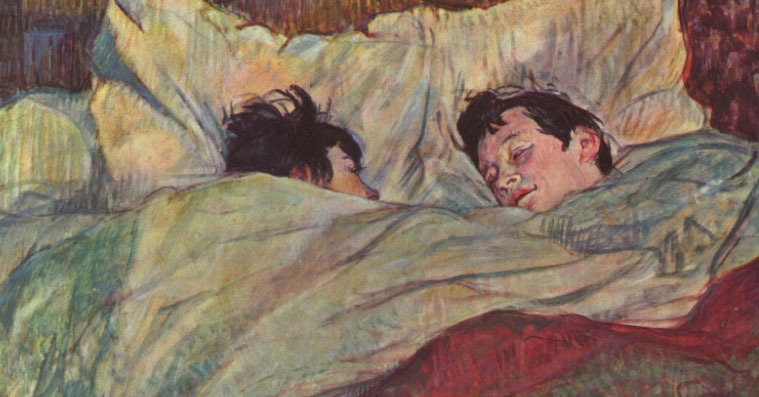 Weighted Blankets for Sleep and Anxiety: Why You Probably Want To Try This

A bed cover to ease anxiety and help you feel better? A weighted blanket has been proven to be beneficial for sleepers.  And while most of the talk about sleeping centers around what one sleeps on, not under, it turns out the two should be discussed in harmony. To fall asleep on and under the right conditions will make you a dreamy blanket sandwich. A weighted blanket will help with this.  Learn more about the benefits of weighted blankets by reading the list below.

Here are 5 benefits of weighted blankets:

Through the deep pressure touch of a weighted blanket, receptors become stimulated similar to swaddling an infant. This helps the body to relax, feel more grounded and safe.

Furthermore, weighted blankets  trigger the release of serotonin in the body, which is a neurotransmitter known as “the calming chemical.” (1) Clinical studies suggest that when these pressure points are triggered, the brain releases serotonin.  It also has other useful benefits, such as maintaining memory. Some people buy supplements for serotonin, so the blanket is like a pill bottle, and you are the pill, at no additional cost. Because of this calming effect, weighted blankets also help those who suffer from insomnia.

There are a number of studies that show how weighted vests, a similar concept to weighted blankets, can increase of focus in the classroom.   One study, for example, found that while wearing a weighted vest, children with ADHD improved their in-seat behavior, attention and task completion.  (2)

Out of all the benefits of weighted blankets, this is, perhaps, the central reason.  (4) Weighted blankets can reduce anxiety, which lends itself to helping with a variety of other afflictions.  For example, they can help with depression, trauma, paranoia, PTSD, detoxification and so on. This covers a broad spectrum, which is why the weighted blanket trend is picking up steam.

In 2014, findings appeared in the journal Pediatrics. 63 children – ages 5 to 16 – slept with either a weighted blanket or a non-weighted, look-alike blanket for 12 to 16 weeks. After this first phase, the two groups switched blankets and used the other blanket for approximately two weeks. It showed that sleep did not improve significantly for either group. However, most of the children and parents reported preferring the weighted blanket. (6)

Additionally, benefits of weighted blankets include alleviate anxiety from obsessive-compulsive disorder. (7)  They may also help with Parkinson’s disease as well as cerebral palsy.

If you have a child with special needs, such as autism, or a child who struggles with frequent meltdowns, you should consider try using a weighted blanket.  In a sense, a weighted blanket gives a hug, which can help calm intense feelings of anxiety and frustration.    This can dampen the meltdown, or perhaps prevent it from happening altogether.

Some special education teachers have already utilized weighted blankets to help their students.  This especially applies during transition times, which can be jarring for some children.  Whether it’s coming in from recess or changing to a new activity, the change is what can be distressing for some children.

The weight of the blanket for adults should be around 15 to 30 pounds. Seeking the guidance of a doctor or occupational therapist is a good idea. Those suffering from respiratory, circulatory and other conditions should not use a weighted blanket.

DIY (Do It Yourself)

Here is an excellent tutorial video. There are others, so search around!

In regards to sleep and sleep systems, no discussion would be complete without a mention of “grounding” or “earthing” the other natural way to improved sleep and anxiety. Let’s say you decide to use a weighted blanket, well it would make sense to do the weighted blanket on top and then the grounded bed or sheet on the bottom. Over a dozen peer-reviewed studies have been conducted on “grounding” or “earthing” over the last ten years. These studies indicate that over time, grounding normalizes cortisol, reduces inflammation, calms left brain activity, improves muscle soreness recovery, and helps protect the body from electromagnetic (EMF) pollution especially in the low Hertz range.