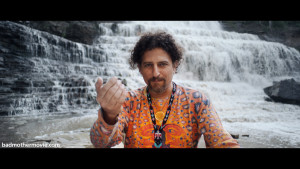 My Role in The Bad Mother

I started filming home movies as a 7 year old and stop-action films at age 12. I loved both watching and creating films as a kid and probably would have pursued a career in film making if I hadn’t had such a passion for peak performance, health and nutrition.

My life experience has taught me that the subconscious dreams and certain beliefs we hold in our minds as children often become our reality in adulthood. In addition, if this is later backed by written goals, then the possibility of achieving our childhood dreams increases even more. One of those dream-beliefs-goals that I always thought would happen (but never knew how it would happen) was starring in a real movie. This dream-belief-goal became real in the spring of 2015, as I was given a supporting actor role as the character Francis in a film called The Bad Mother. 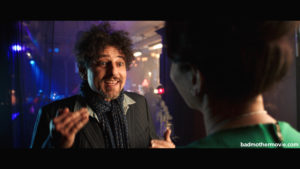 The film has a strong message relating to the plight of stay-at-home versus working moms. One of the creators of the film Sarah Kapoor plays the mom, Tara, and she stars in the film with her real family. That touch of authenticity adds to the film and actually made it easier and more natural for me to fit into my role as Sarah’s enticing ex-boyfriend and former co-worker Francis.

Not only is the subject matter relevant, but the film delivers a flurry of great scenes and a wonderful musical score to back it up. My favorite scenes in the film were when we all headed down to Albion waterfall in Hamilton, Ontario, Canada and filmed Tara’s dream sequences.

Although the film covers serious and important topics relating to relationship troubles arising from working and raising children at the same time, it also has a wonderful comedy side that I fell in love with.

Acting in the film was a lot of work and also a lot of fun. Both writers and the director let me adlib and freewheel it a bit and we were able to develop a few scenes differently to make them funnier and more spontaneous. 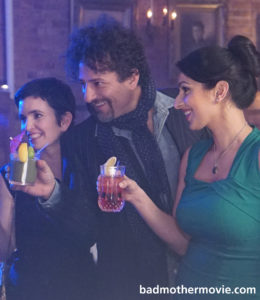 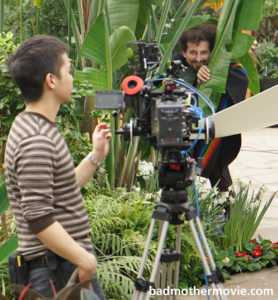 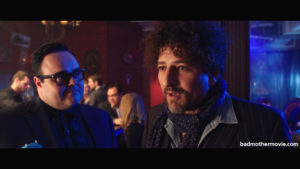 Overall, The Bad Mother is well-written, addresses important family issues, offers some great laughs, and delivers classic one-liners. I am SUPER proud of the film.

Please give the best film gift ever to your mom, partner, wife, girlfriend, or friend. This film is perfect for hard-working moms and families on on any occasion.

You can find The Bad Mother on iTunes HERE.

The film I co-starred in, The Bad Mother, is now available via iTunes!