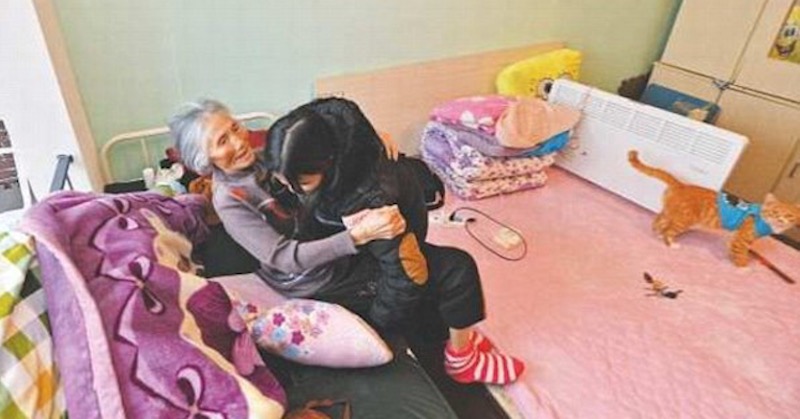 Teen Brings Grandma To University To Take Care Of Her

A morally responsible Chinese university student is showing the world the true meaning of sacrifice and love this Christmas season.

The girl, named Liu Lin, has reportedly taken it upon herself to care for her ailing grandmother – by moving her into her university dorm room.

According to People’s Daily Online, Liu Lin and her grandmother currently dwell in the rented one room apartment with two beds. She has been caring for her 93-year-old grandmother since August of this year. 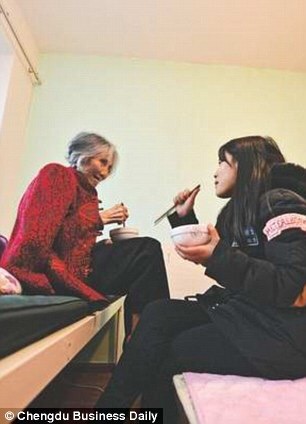 Her family has experienced great hardship throughout 2016. In April, Liu and her family suffered the loss of their father. Her mother is also ill and is unable to take care of granny on her own.

Liu’s grandmother has also had a hard life. The old woman’s three sons have all died, and Liu refused to leave her by herself with no one to care for her.

According to the Daily Mail, Liu – who currently studies Economics and Tourism Management at Chengdu University – said, “I was brought up by my granny and now it’s my turn to take care of her.”

And indeed, she does; the girl even comes home at lunch every day to cook for her grandmother.

Remarkably, she still manages to achieve outstanding grades despite spending much of her time caring for her grandmother. What’s more, Liu has denied scholarships offered by her school’s administration, who knows of her situation.

“It doesn’t feel right to accept someone’s money for no reason,” said Liu. “I can look for part-time jobs. I don’t want to rely on other people’s help as long as I can manage.”

Unsurprisingly, Liu’s story – which has been published in several popular outlets – has garnered quite a bit of reaction online.

If this story inspires you, be sure to pass it along to your loved ones!