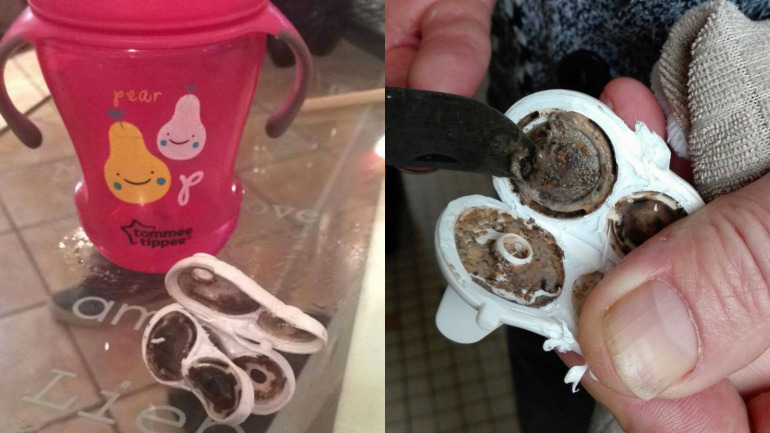 Children get sick from time to time. It’s a common occurrence. However, if the child doesn’t get better and the cause of their illness isn’t apparent, that is when parents tend to get really stressed out.

This is exactly what happened to Penny and Simon Powell. Their son wasn’t getting better, and they didn’t know what to do. Then, Penny had an idea. She broke open the leak proof spout of his son’s sippy cup and found every parent’s worst nightmare: mold.

The cup in question is called a Tommy Tippee Cup, and this seems to be a common problem.

Take a look at the video to hear the whole story!

Is your child’s sippy cup safe?