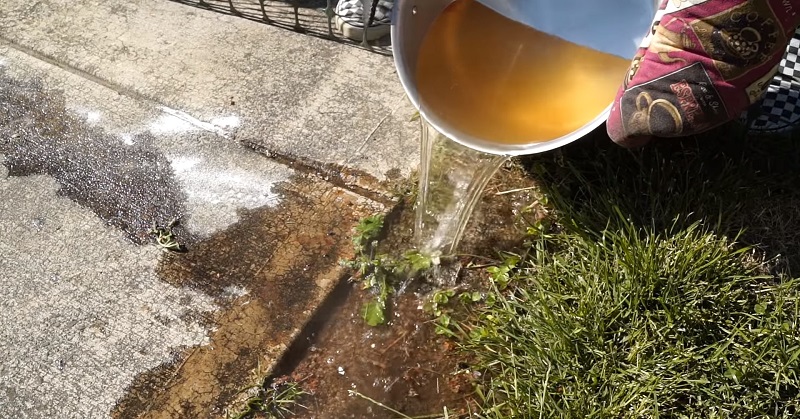 One of the best things about summertime is the opportunity for outdoor activity that it brings. But you know what’s not so cool? When unexpected guests show up at said gatherings – particularly when they’re of the non-human variety.

Like insects. They’re annoying. They swarm, they bite, they sting and sometimes, like ants, they gather and climb into your shoes as you’re sitting around the picnic table.

There are plenty of products out there that claim to get rid of insects, but the problem with a lot of them is that they’re made up of harsh chemicals that smell horrible.

But is are there alternatives? Of course! There always are. The ones I’m about to share with you come all the way from the medieval times.

No horses or armor needed, I promise.

Now tell me this – in our modern times, what could possibly house more important valuables than the food table at a barbecue?

From the watermelon slices to the organic chicken and mushrooms, you want to keep everything protected from pests, right?

So why not build a moat?

All you have to do is take four tins, fill them with water and place one underneath each leg. That’ll stop the little buggers from climbing up the table legs and snatching your food.

But what if you’ve found the ants’ camp?

If you thought the moat solution was brutal, wait till you hear this one.

In medieval times, there was a form of torture known as trial by ordeal that often involved dunking the accused in boiling water. We’re going to do something similar to our little ant friends.

If you’ve found the ants’ home, all you have to do is take a pot of boiling water and add some cayenne pepper. Then (you see where this is going) walk outside and pour the scalding water all over the little buggers’ nest.

Those are just two solutions for getting rid of ants. Here’s an article we wrote previously with some more tips.

Check out the video below for even more ant destruction. Quick, before they catch on to your tactics and chew your computer cables!