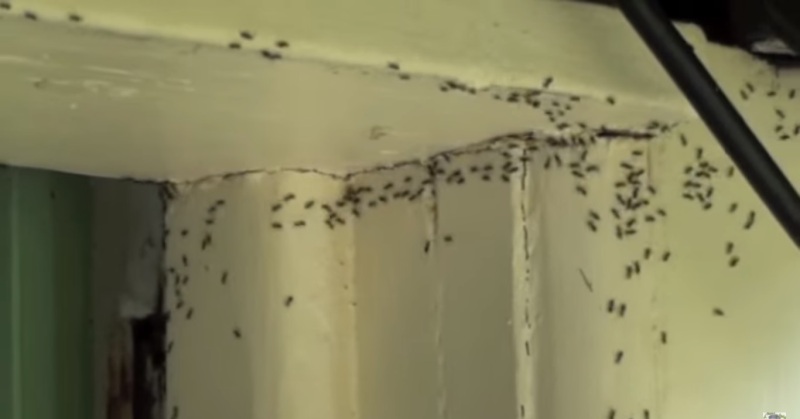 Do You Have an Ant Problem? HERE’S How To Get Rid Of Them!

They can carry objects 50 times their own body weight. That would translate to a human carrying a car overhead. Ants are also as old as dinosaurs; they’ve been around for roughly 110-130 million years, longer than humans by at least 108 million years. Additionally, there are more than 10,000 ant species all over the world.

But no matter how fascinating they may be, they can all be damned as soon as a horde of ’em decide my house is an appropriate place for their mass congregation.

Ant infestation is a common problem linked closely to the weather. Stanford researchers found that the most infestations in California occur during winter rainstorms and summer droughts.

But while there are plenty of chemicals available on the market purported to get rid of ants, that same Stanford study (here again) found the majority of them were not helpful. On top of that, they are, like most harsh chemicals, rather unpleasant for humans.

So what, is that it? Must we, humans, simply fall to our tiny, super-strong foes?

The human race has YouTuber Greg The Gardener to thank for one handy dandy, totally natural, ant-be-gone hack.

All you’ll need is the following:

You’ll begin by setting some water to boil. As it’s boiling away, get yourself a cup and mix 6 teaspoons of sugar with 6-8 teaspoons of Borax.

Once your water is all nice n’ boiled, pour some water into this cup and mix until the sugar and borax dissolve completely. Next, add some honey to the cup, stir and let it sit.

Once the whole mixture is cooled, pour it into a spray bottle and get ready to destroy some ants!

Spray the mixture around places you suspect the ants are coming from. If you see a cluster of them in one area, spray a bit of the mixture there.

Be careful to keep the mixture away from anywhere your pets might lick, however, as they could become sick.

Greg The Gardener suggests taking a small bottle cap, spraying some of the mixture in it and hiding it where your pet can’t reach.

You should see lots and lots of dead ants within a short time.

How Does It Work?

So what’s the magic trick behind it?

Well, for one, there’s no magic. It’s really quite simple – the ants are attracted to the sugar and honey. Once a few of them smell it, they’ll run and tell all their ant friends about it, leading them back to your mixture.

And then, when they all take a sip, you’ve won.