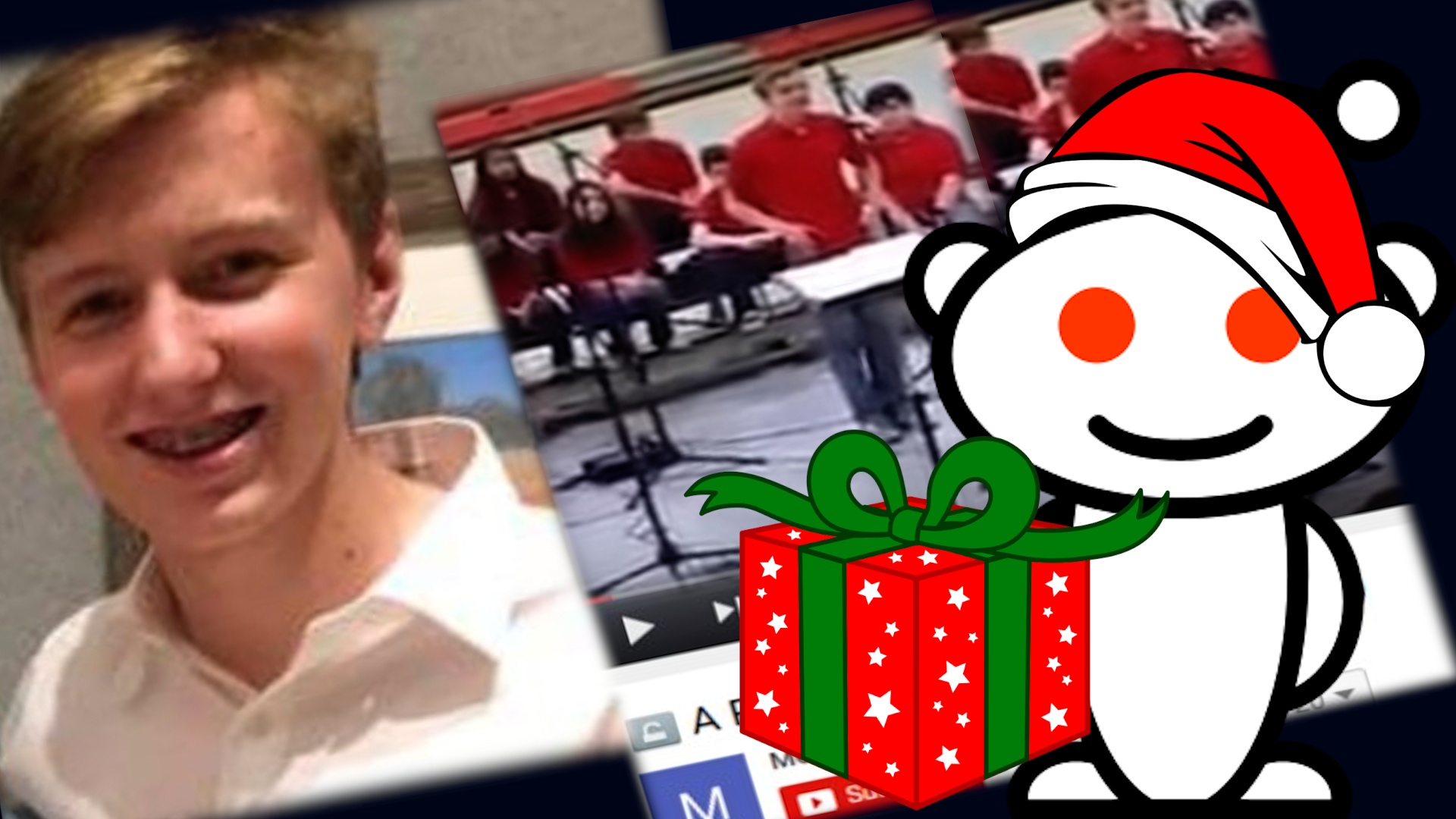 Sometimes, kindness can come from the most unlikely places.

For Angela McElhiney, the mother of a son who committed suicide in October, her Christmas miracle came from the collective efforts of Reddit users.

One of Angela’s last remaining tokens of her son, Nathan, was a YouTube video of him singing the song “Wayfaring Stranger” in his high school gymnasium:

“It’s about someone going, basically, to heaven,” she said.

However, due to the video’s poor audio quality, with the sounds of people shuffling/coughing in the background, Angela decided to post it on Reddit and ask if anyone knew of a way to fix it.

And that’s when the true spirit of Christmas unfolded before her eyes as her inbox was quickly flooded with countless messages of condolence and offers from audio engineers to fix the sound in the video: 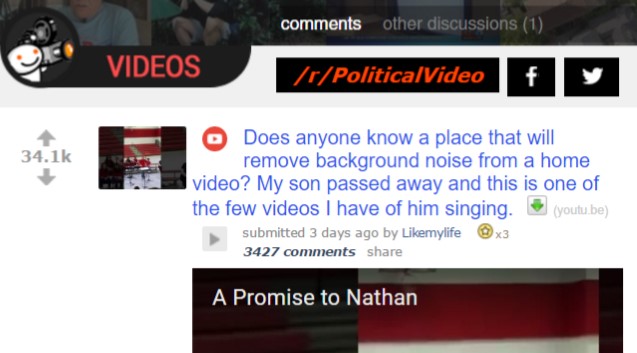 According to Angela, “There were a lot of people who said ‘I don’t really know what I’m doing, but here’s my best shot at it.'”

And as quickly as an hour later, she began receiving links to enhanced versions of her son’s performance, like this one:

The above video already has over 190,000 views, while another version (this one below) has over 116,000 views and was one of two separate versions created by the audio engineer, who said he was up until 2 a.m. working on it:

In total, Angela said she received about 20 re-edits of her son’s performance.

“I never expected so much kindness,” she said, “and so many people taking time out of their day…We can’t express our gratitude enough.”

Despite being the first Christmas without her son, Angela says she’s grateful for the collective support and has tried to respond to the thousands of comments her Reddit post received.