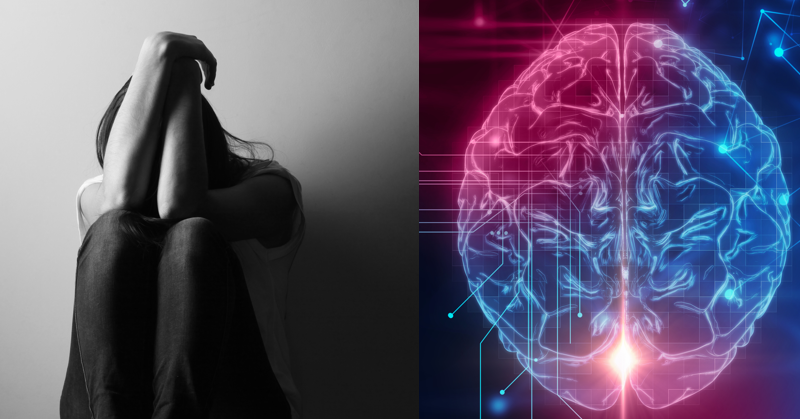 Researchers now believe there might be a link between anxiety and Alzheimer’s Disease.

Brigham and Women’s Hospital issued a press release citing findings by The American Journal of Psychiatry which suggest a link between anxiety and Alzheimer’s disease later in life. Specifically, the study looked at the connection between amyloid plaque buildup in the brain and depression.

But what they found was surprising. Anxiety can lead to mild cognitive impairment years before symptoms appear.

The study observed a connection between amyloid beta levels and anxiety or depression in otherwise normal adults. Amyloid beta is the main component of amyloid plaque. And amyloid plaque shows in the brains of people with Alzheimer’s Disease.

The American Journal of Psychiatry’s study concludes that a “higher amyloid beta burden was associated with increasing anxious-depressive symptoms over time in cognitively normal older individuals.”

Although more research always helps to expand on any conclusion, study authors showed a connection between anxiety and Alzheimer’s Disease.

Brigham and Women’s Hospital researchers used data from the Harvard Aging Brain Study. That study observed older adults as a way to examine early Alzheimer’s disease. Harvard researchers, likewise, want to identify markers like amyloid beta in order to improve our understanding of Alzheimer’s. They also pointed out that Alzheimer’s is the leading cause of death, and no treatment exists.

Dr. Nancy Donovan, a geriatric psychologist at Brigham and Women’s Hospital provided a statement on the findings in their press release:

“This suggests that anxiety symptoms could be a manifestation of Alzheimer’s disease prior to the onset of cognitive impairment. If further research substantiates anxiety as an early indicator, it would be important for not only identifying people early on with the disease, but also, treating it and potentially slowing or preventing the disease process early on.”