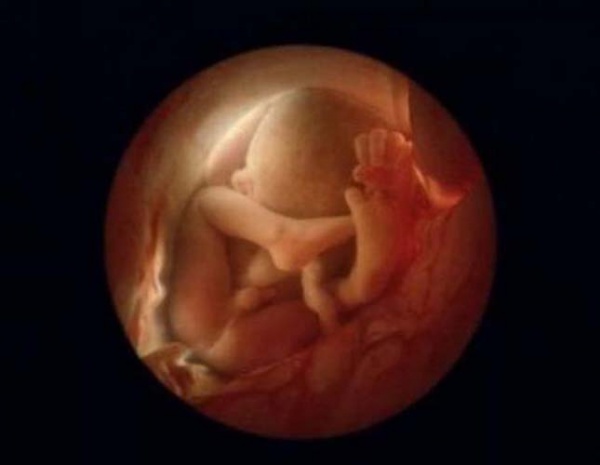 How a Child is Born

It happens 255 times every minute all around the world.

Roughly an hour from now, there will be around 15,300 humans born.

In numbers alone, it is astounding. However, when one begins to learn about the process surrounding a baby’s development and birth, the beauty of life really starts to sink in.

Enter Lennart Nilsson, a photographer who first caught the public’s eye in 1965 when 16 pages of photographs he had taken of human embryos were published in LIFE magazine.

The pictures exploded, soon landing in several publications. His shots were created using the help of a cystoscope, a fiber optic tube used to examine the inside of a bladder.

This tool allowed him to get detailed, stunning pictures of a process that, at the time, had never been seen by most people. 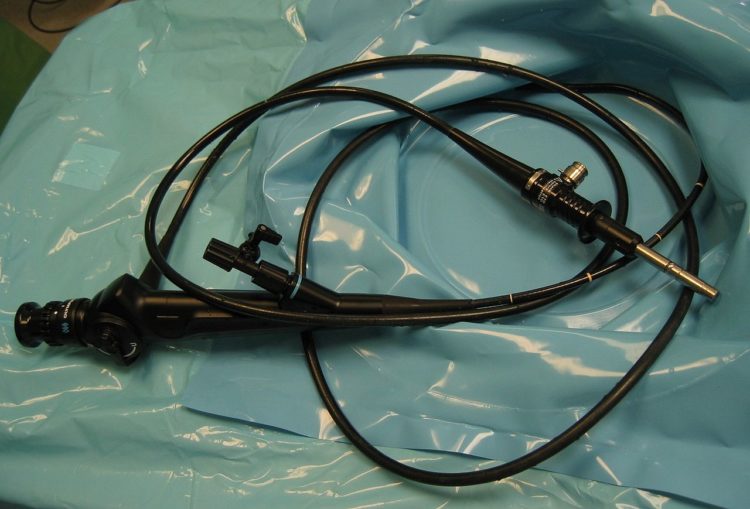 Sperm moves through the fallopian tube toward an egg (Lennart Nilsson) 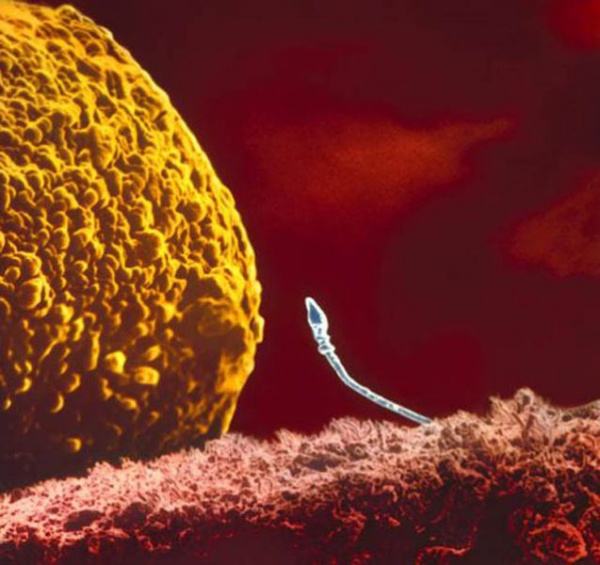 These pictures are absolutely massive in the sense that they capture something as deep and philosophical as can be — the very moment life is created in the most innocent and unassuming of fashions, before ethnicity, race or gender are even considered. 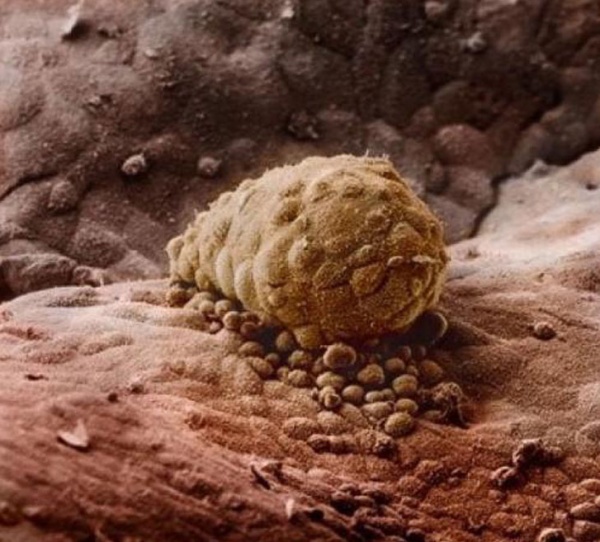 Weeks after the sperm fertilizes the egg; the embryo is attached to the uterus wall (Lennart Nilsson) 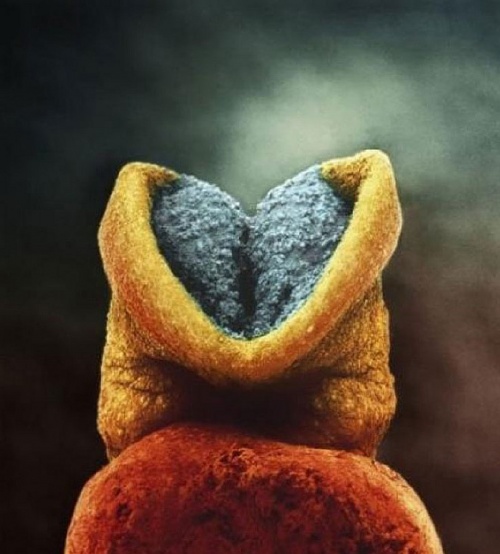 22 days into the development process. That gray matter will become the brain. (Lennart Nilsson)

It is incredible to think that something that starts out as a fragile and mushy lump of gray matter will one day contain an estimated 38 petaflops (that is one thousand trillion operations per second) of processing power! (According to Colin Gerber, a Parkinson’s Researcher, and Scientific American).

Of course, the brain is not the only remarkable thing about the human body. The next picture shows the 18th day of fetus development when the heart begins to beat. 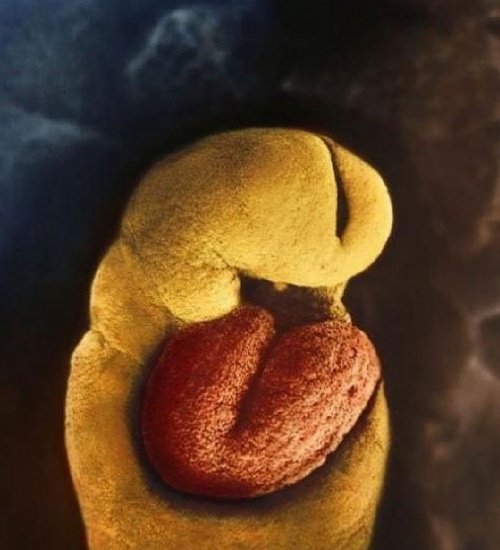 If one lives to be 80 years old, the heart will have beaten over 3 billion times. And it all begins here. 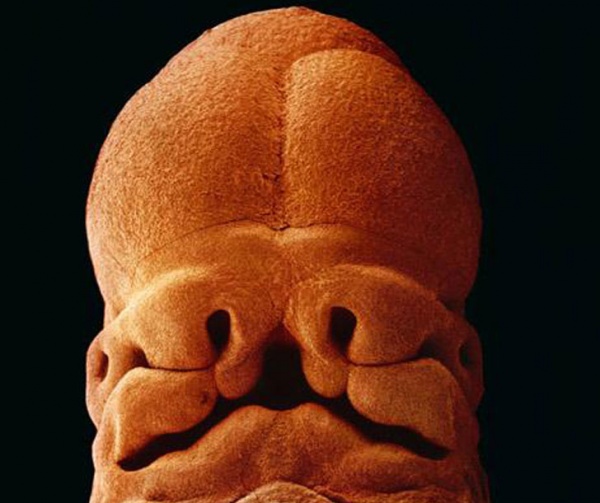 At five weeks of development, the fetus has grown to 9 millimeters and facial openings begin to develop — the mouth, nostrils and eyes. 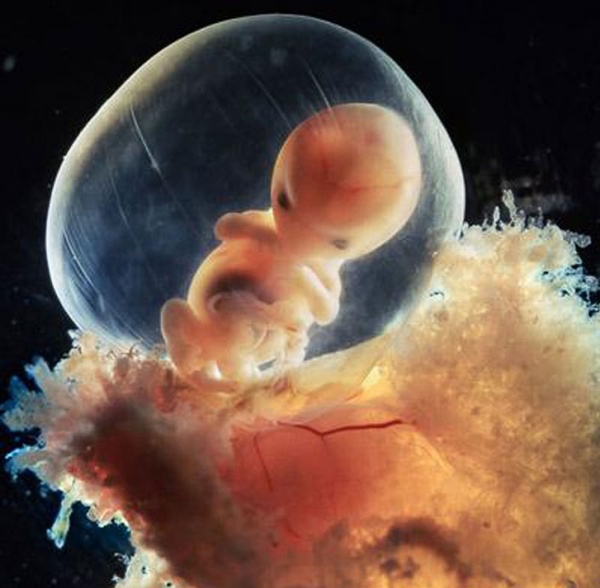 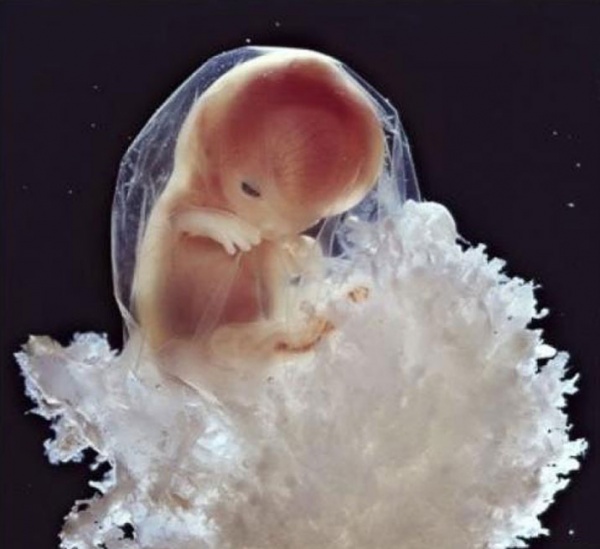 At ten weeks, human curiosity is already beginning to appear as the developing baby uses its hands to study the strange environment it finds itself in. 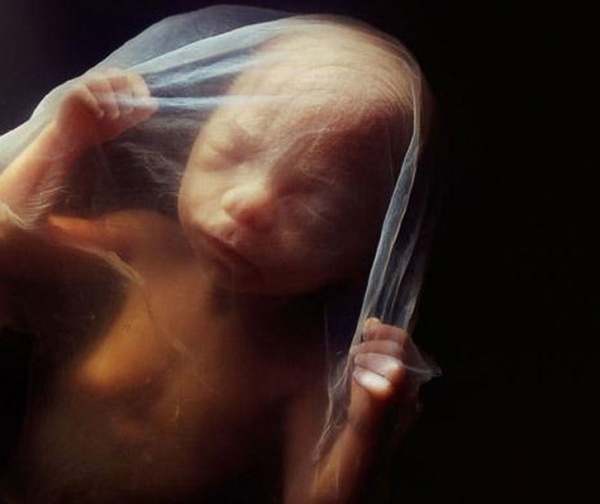 Fast forward to 18 weeks – the baby can now hear sounds from the outside world. By the way, if you are reading this and you are pregnant past this stage, start your baby off on the right foot.

At 36 weeks, the baby has just one month until birth.

Talk about a career-building set of photos. Kudos to Mr. Nilsson for his beautiful work. You can learn more about the photographer, whose love of science and photography remains strong at the ripe age of 95, via his website.