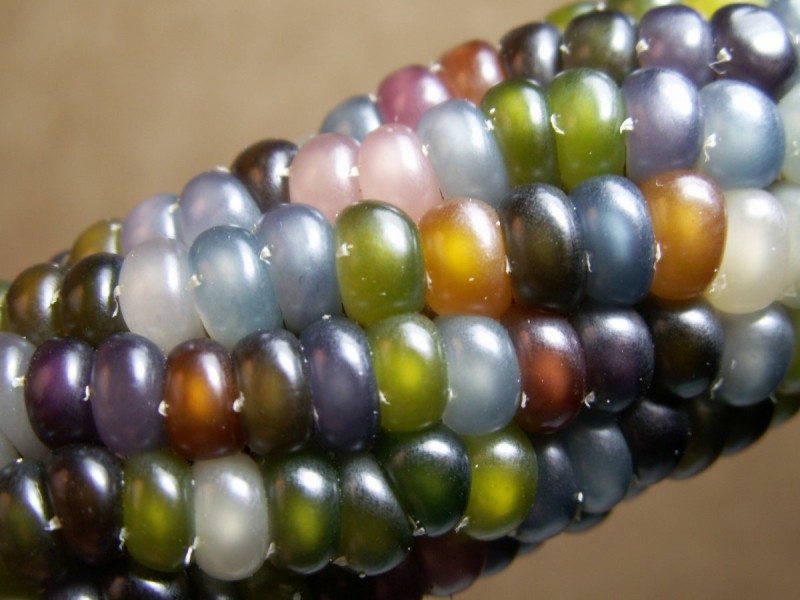 Glass Gem corn is a variety of corn with kernels that come in a beautiful array of colors. As told by Business Insider, the story of Glass Gem corn begins with an Oklahoma farmer named Carl Barnes. Barnes is half Cherokee, and he started growing older corn varieties as a way to reconnect with his heritage. He was able to isolate ancestral types that had been lost to Native American tribes when they relocated to Oklahoma in the 1800s. This led to an exchange of ancient corn seed with people that Barnes knew all over the country. Barnes began saving colorful cobs and replanting the seeds, resulting over time in rainbow-colored corn. 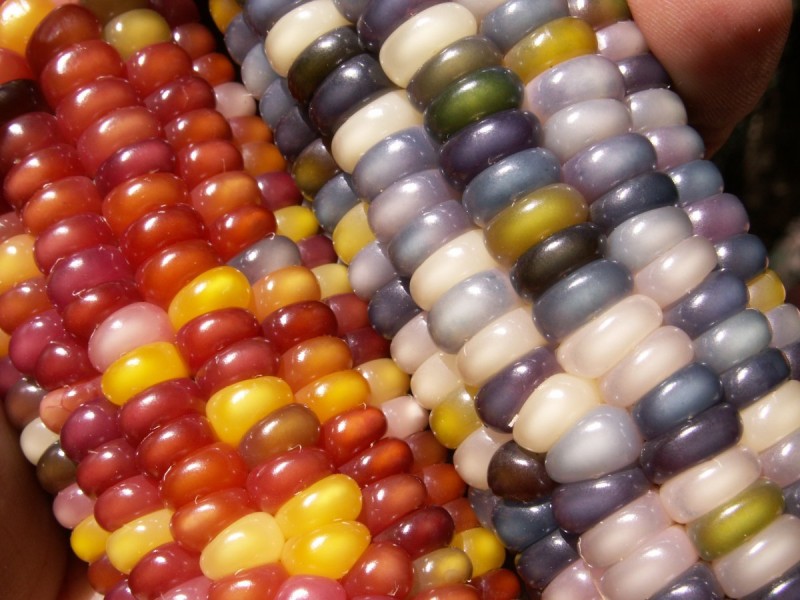 In 1994, a young fellow farmer Greg Schoen met Barnes at a native plant gathering and was amazed by his vibrant corn. The two became teacher and student, and Barnes gave Schoen some of his corn seeds. Schoen planted them in the summer of 1995. Each year, the two regularly planted the rainbow seeds. In 2005, Schoen began growing larger plots of the rainbow corn in Santa Fe, with more traditional varieties. When the rainbow corn mixed with the traditional varieties, new strains were created. Each year the corn displayed more vibrant colors and vivid patterns. 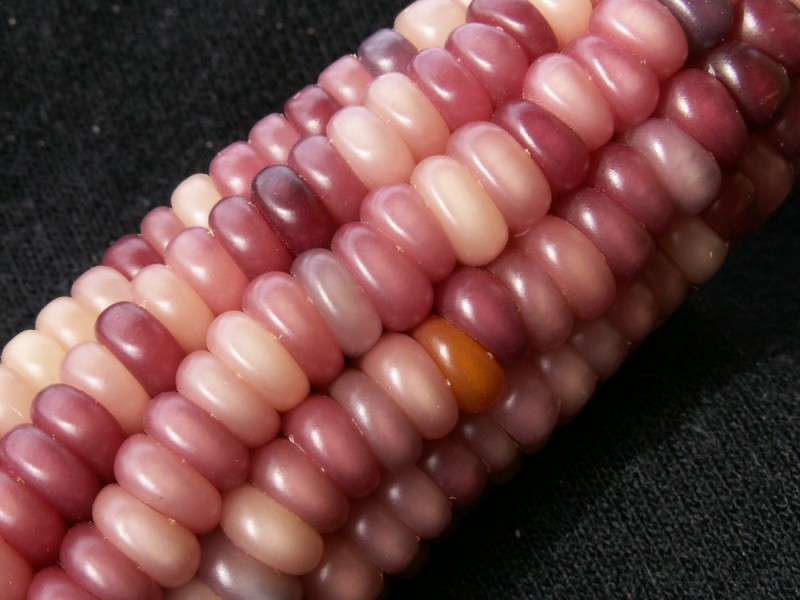 According to an account from Schoen, Barnes told him that the rainbow seed originally came from Pawnee miniature popcorns with an Osage red flour corn, and another Osage corn called Greyhorse. Schoen began to name the various colors and patterns in the corn, including “true rainbow,”deep blue” and “circus colors.” Glass Gems was the title that Schoen came up with for a corn he grew in 2007 that was pink, purple, blue and green. 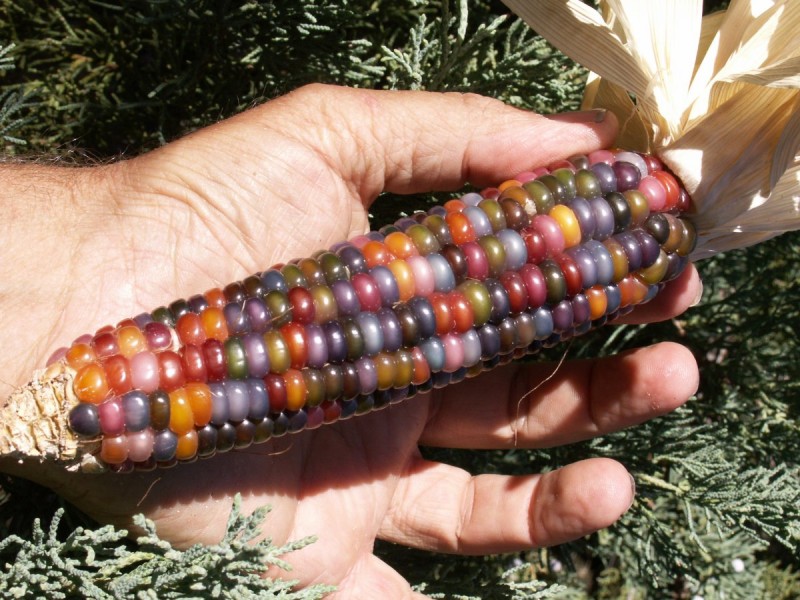 The seeds can now be purchased online, and the corn will grow anywhere the weather is warm, and the sun is shining. It should be planted in late spring. So now on to the important part — What does it taste like?

Glass Gem corn is not usually eaten off of the cob, as the kernels have a hard outer layer. Many people grind it up into cornmeal, and it can also be used to make popcorn. (Sadly, the popcorn does not come out multi-colored!) 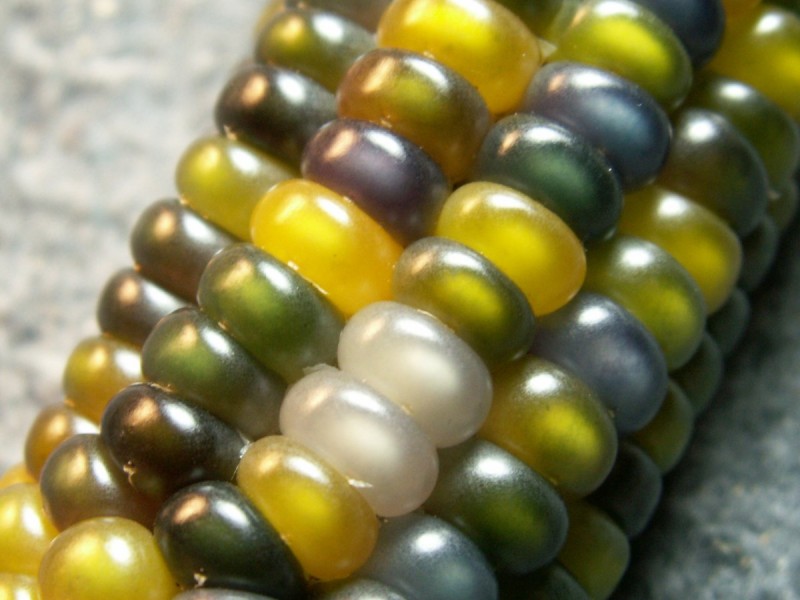 The story of Glass Gem corn brings to light the importance of saving seeds to keep produce varieties alive and protect agricultural biodiversity. If you go to a local seed swap or swap seeds with people online, you can grow the plants and save the seeds, keeping some for yourself and giving some to others in order to maintain the seeds in circulation. Farmers who first grow Glass Gem corn are usually completely surprised by the color. However, after saving seeds for a while, they can plant certain ones to get a color mix that they are hoping for. 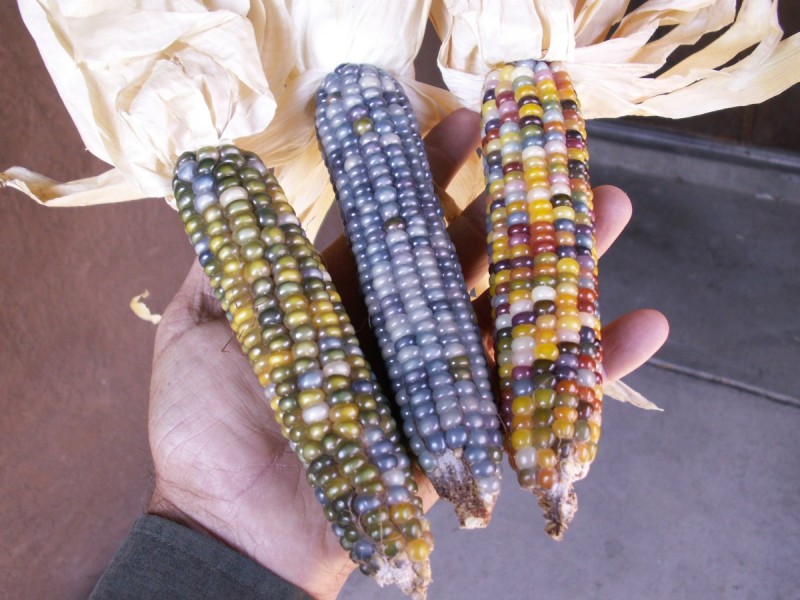 If you get your hands on some Glass Gem corn, and you decide it is too pretty to eat, it works great as a decoration thanks to its beautiful colors. It is also an excellent conversation starter! The story of Glass Gem corn is full of history, heritage and lots of seeds.