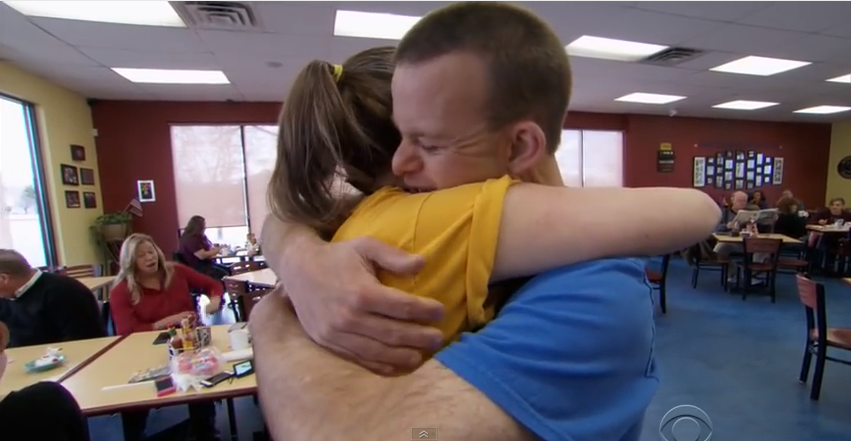 We’ve come a long way in recent years regarding accepting one another’s differences, but the fact is, in 2016, stereotypes do still exist. Different nationalities, languages, and even disabilities can often be the butt of a cruel joke at someone else’s expense. As we are working to promote acceptance of all cultures, genders and races, everyday people are breaking the stereotype that others have set for them, and proudly proving them wrong. Tim from Albuquerque, New Mexico, is one of them.

Tim is the only restaurant owner in the United States with Down Syndrome. Tim’s restaurant, “Tim’s Place,” has thrived for the last five years due to his hard work and dedication, and the refusal to let his disability stop him from being successful. Recently, Tim announced he would be closing his restaurant, at the shock of both his employees and his customers. Why let go of something so successful?

Her name is Tiffany Johnson. Tim and Tiffany met at a Down Syndrome convention and had an instant connection. They began dating and Tim decided to make the move to Denver to be closer to her. With plans for opening up a new restaurant in Denver, Tim is nervous to leave what he knows, but he knows Tiffany is worth it.

“I see love, I see joy, I see that I have a future,” Tim says about Tiffany.