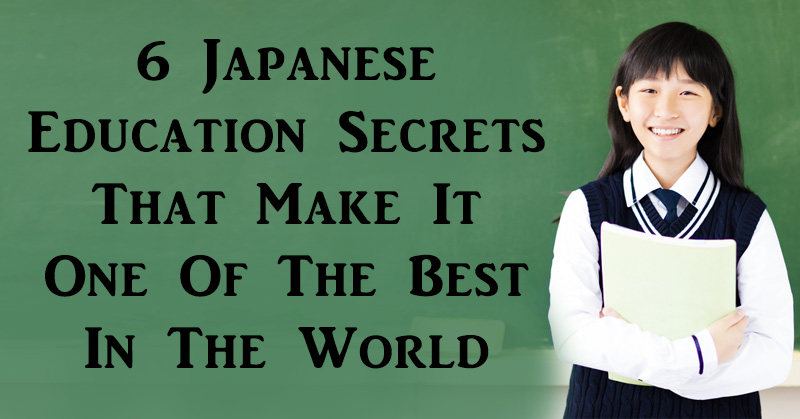 Japan’s school system ranks second best in the world, according to Fair Reporters. For reference, America’s sits way down the list at #17. Here’s what experts say puts the Japanese system so far ahead. 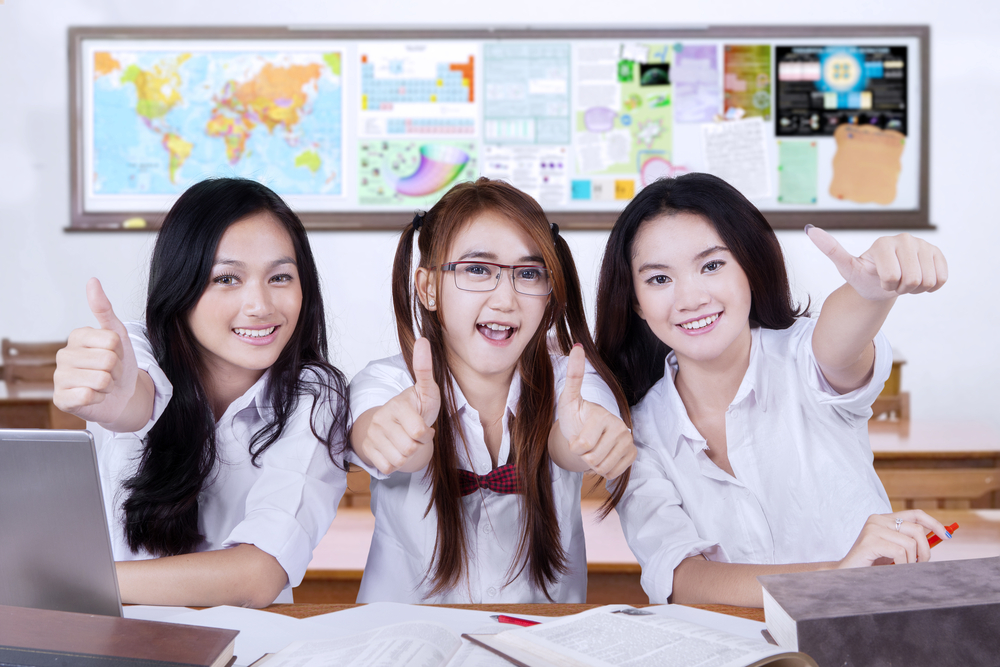 In Japan, kids don’t write knowledge-based exams until the fourth grade. That’s because they spend the first several years of their educational careers performing character building exercises. Why would Japan do things this way? Well, a child’s character is fully developed by the age of 7. One’s ability to learn, on the other hand, never goes away.

In other words, the Japanese educational system recognizes that kids have plenty of time to learn math and language but only a small window to learn positive character traits.

That deserves a gold star, don’t you think?

#2 – Students clean their classrooms themselves.

Janitors? None of that in Japan. Instead, kids work in teams to clean up areas of their school.

“School is not just for learning from a book,” former Japanese English teacher Michael Auslin says. “It’s about learning how to become a member of society and taking responsibility for oneself.”

#3 – Students get lunches made from scratch. 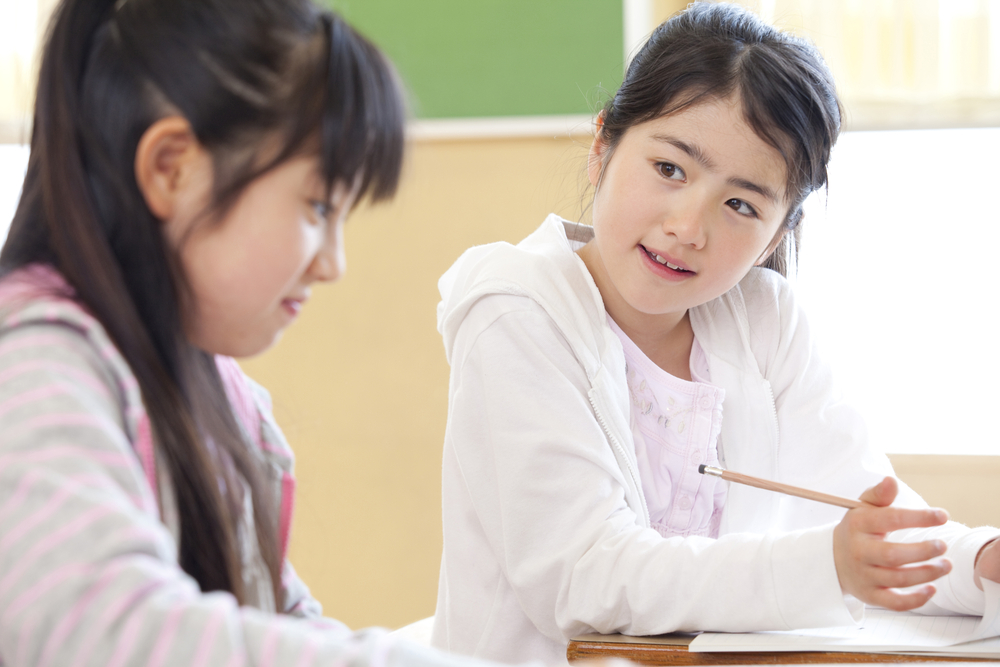 “Y’know, when I eat lunch today I’m going to say a prayer for our American friends. I hear they don’t even know what they’re eating.”

Mystery meat and bulk-order sandwiches have gone the way of the janitor in Japan’s educational system. There, health experts lay out nutritional guidelines for children. Staff then cooks meals from scratch that meet those guidelines.

“Everything is cooked on site,” says Kimii Fujii, a Japanese school nutritionist. “We even make our own broth.”

North Americans might be thinking, ‘Oh but the kids probably hate that! You’ve gotta let kids have fun with their diet!’

Nope. Japanese school have gotten lunchtime food waste down to just 5% of all food prepared.

“Parents hear their kids talking about what they had for lunch,” says Tatsuji Shino, an elementary school principal in Tokyo. “Kids ask them to recreate the meals at home.”

#4 – A single test at the end of high school determines what kids go on to do.

At the end of high school, Japanese students take the National Center Test for University Admissions. If you don’t reach the required score for universities, right into the workforce you go.

Of course, this can be negative and positive. On one hand, is it really fair that a child’s entire future career gets pegged on one exam?

On the flip side, those who do make it to university are the smartest of the smart. That’s why Japan has a record high university grad employment rate of 97.3%. In America, only 46.4% of bachelor’s degree-holders are employed.

#5 – Most junior high schools have uniforms. 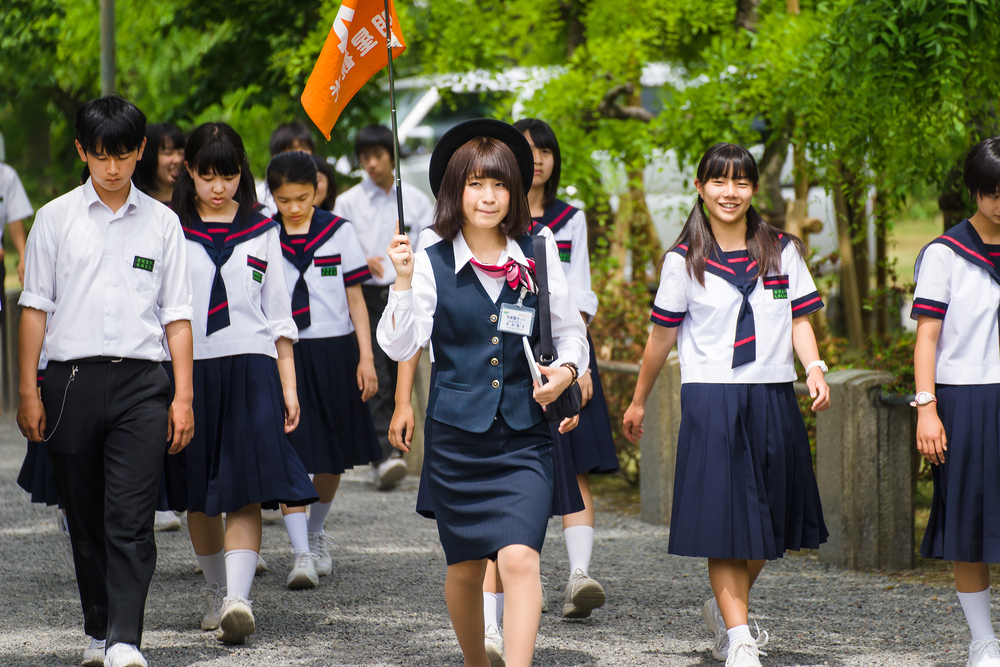 You might think it sounds a bit corporal and bland. You could certainly paint things that way if you wanted to. But at the end of the day, there are many benefits to having school-wide uniforms.

For one, it removes barriers between students. Students wear the same things, regardless of economic or social status. These uniforms also boost school spirit. They also encourage kids to pursue self-expression through means other than clothing. Art, for example, is a major part of the Japanese educational system and, by extension, society.

No, it’s not because the government wants students to start the school year off by pranking their teachers. Rather, it’s because that start date coincides with a literal new beginning – spring. For this same reason, the Japanese fiscal year also begins on April 1st.

So, what do you think of the Japanese school system? My favorite point was the lunch. Check out this video to learn more about that!