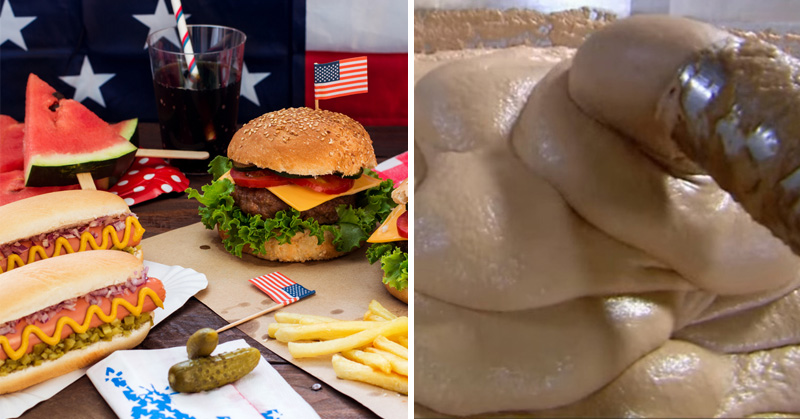 This Popular 4th of July Food is KILLING You! Don’t Eat It!

Ah, the 4th of July. It’s the first long weekend of the summer – a time for family outings, lots of fun in the sun and hot dogs.

Speaking of hot dogs, did you know that July is also coincidentally National Hot Dog Month?

No wonder the 4th of July long weekend is the biggest hot dog weekend of the year, with roughly 155 million wieners being downed.

Pretty wild, huh? You know what’s even wilder? How bad hot dogs are for you.

Bad From The Start

I hate to burst your bubble, I really do. But believe me – it’s for your own good.

Those hot dogs down at the fair this weekend? They began their lives as beef and pork trimmings – the leftover, good-for-nothing-else bits of meat and bone from slaughterhouses.

A traditional hot dog actually contains a higher content of bone fragments than other types of meat.

Of course, it’s hard to tell how much bone is in your hot dog because it all gets ground up – along with other nasty ingredients (more on those later) – until it looks a lot like ice cream.

Ice cream that’s been through your digestive system a few times, that is.

But surely, somewhere along the way, hot dogs earn some redeeming qualities that make up for their vile beginnings… right?

There’s a reason health experts refer to hot dogs as one of the worst processed foods out there.

I like the phrase Dr. Joseph Mercola uses to describe them – “nutritionally bankrupt.”

Research has shown that kids who eat more than 12 hot dogs per month have nine times the normal risk of developing leukemia.

Another study has shown that kids who eat hot dogs more than once per week have a much higher risk of developing brain cancer.

One study has even found that kids born to mothers who consumed hot dogs during pregnancy were at an increased risk of tumors.

What’s the deal? How do hot dogs cause cancer? 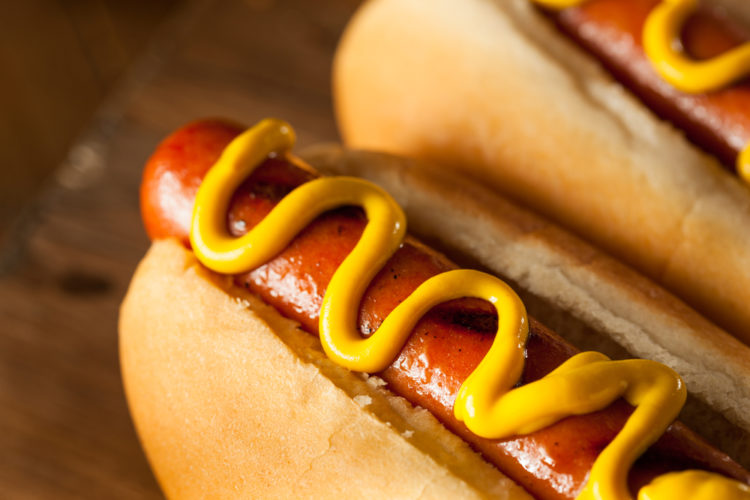 It turns out that bones and meat are far from the only things used in the production of hot dogs.

Most of them contain preservatives known as nitrates that form carcinogenic N-nitroso compounds during cooking. These carcinogens have been linked to cancers of the mouth, bladder, stomach, brain and esophagus.

Here are a few more nasty facts about hot dogs that should turn you off this long weekend:

Keep in mind that we haven’t even touched on the other stuff that goes along with hot dogs – like ketchup, processed bread and macaroni.

Of course, this isn’t to say your 4th of July celebration has to be bland. Here are a few healthy hot dog joints for this long weekend.

Have a safe and healthy 4th of July!

We’ve shared this before, but take a look to remember just how gross hot dogs really are!