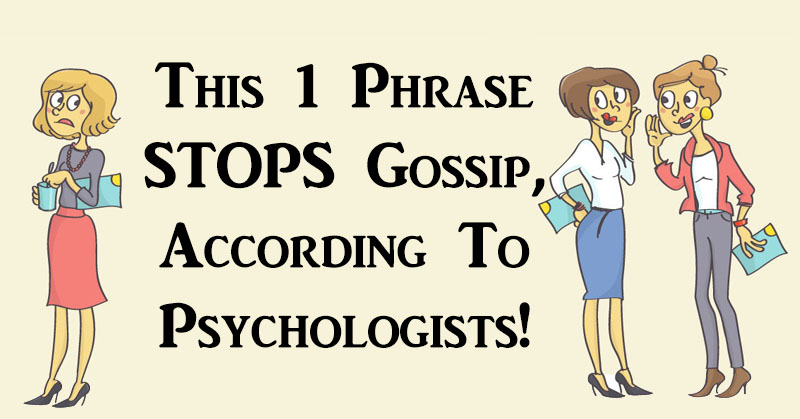 This 1 Phrase STOPS Gossip, According To Psychologists!

Gossip. We’ve all heard it, and unfortunately, we’ve probably all played a part in it at some point or another. “Did you hear about Jack and Jill hooking up? Did you see how awful Tammy’s hair looked at that party? Guess who’s having marital problems?” Phrases similar to these come spilling out of our mouths, much like word-vomit.

Regardless of who may be hurt by the gossip, many women and men alike enjoy sharing the dirty deets with their friends. We gossip so much that a study found about 80% of our conversations are spent discussing other people and their habits.

One Phrase To Combat Gossip

It seems that gossip is everywhere and can be hard to avoid. But psychologists have revealed a phrase that can stop a gossiper dead in their tracks. When someone is trying to involve you in a negative conversation about another person, simply ask, “Why are you telling me this?” Psychologists believe this phrase is effective for several reasons. First, the question dispels any self-serving motive from the gossiper. Second, it forces the gossiper to face the fact that you’re uninterested in being involved.

Relationship expert Andrea Syrtash explained that while gossip can help people bond with others, it can also be extremely hurtful. “People can use gossip to drag someone else under the bus, or it can help establish trust in someone,” she said. “But it’s worth being careful. If someone is always giving you the dirt on other people, then you’re part of the mix when she talks to someone else. Be careful how much information you share.”

So Why Do We Gossip?

Psychologists have studied various aspects of gossip. They’ve discovered that the main reason why we do it is to build social bonds with others. The dislikes shared between groups of people is more powerful in human bonding than common likes and interests. When people engage in gossip, they feel a shared sense of humor and mutual interests. They also feel a certain thrill when divulging “confidential information” about others. 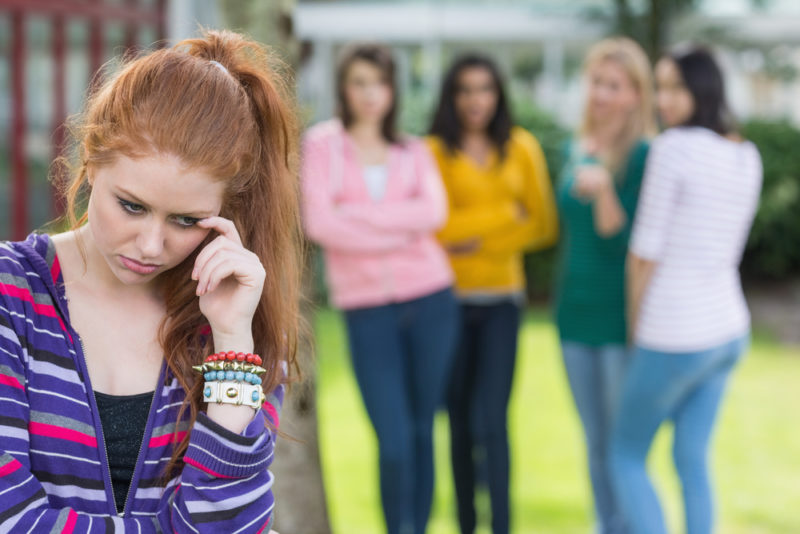 Many people who gossip constantly actually revel in the misfortunes of others. When someone fails, has an embarrassing moment, or is involved in a “scandal,” a gossiper takes pleasure in the fact that someone else is hurting, and they can’t wait to share.

With the Internet and cell phones, gossip has become far more socially and emotionally damaging, especially for teenagers and school-aged children. Awareness is growing about indirect bullying by spreading rumors or lies about another person, either through social media or in person. Gossiping can easily turn to bulling, which can have a profound negative effect on a teen’s mental health, emotional health and social development. Social media gossip can quickly turn into cyber bullying, as teens post insulting comments, humiliating stories, and even nude photos of other teenagers. Gossip as cyber bullying has led to depression for millions of teens, and suicide for many.

Gossip is far from harmless. It’s important to remember that when you gossip, you’re hurting another person, whether directly or indirectly. The next time someone attempts to pull you into gossip, see if this phrase can help.