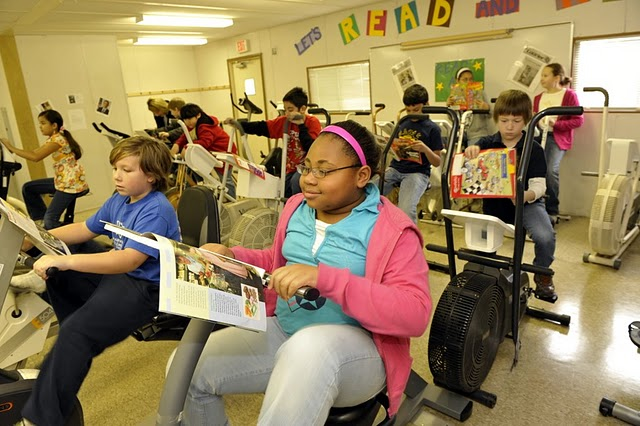 This Simple Yet Brilliant Idea is Making Kids Smarter and Healthier

This man seems to have gotten it down pat:

However, for those of us who see the value in trying to keep our limbs attached to our bodies, there’s an alternative you’ll probably wish you’d come up with before North Carolina elementary school counselor Scott Ertl beat you to it.

Like most of us, Ertl is a busy guy. While he loves reading, the only time he could ever find to read was while riding a stationary bike. So that got him thinking one day.

What if the kids at Ward Elementary, where Ertl works, were given the opportunity to do just what he does, exercise while reading?

The school principal was up for it, and so the experiment began with a single stationary bike in a classroom. And what happened? The experiment was a runaway success. 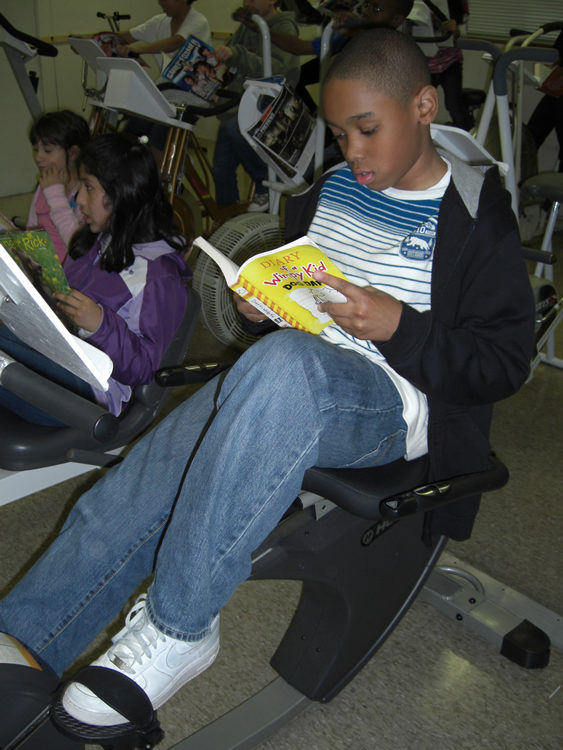 “Hmm, better than the movie…”

While it was clear that the idea was a success, Ertl knew his school had to get their hands on more bikes if things were going to take off.

And so, by scouring Craigslist and garage sales around town, an entire classroom at Ward Elementary was filled with stationary bikes for kids to use under a program dubbed “Read And Ride.” 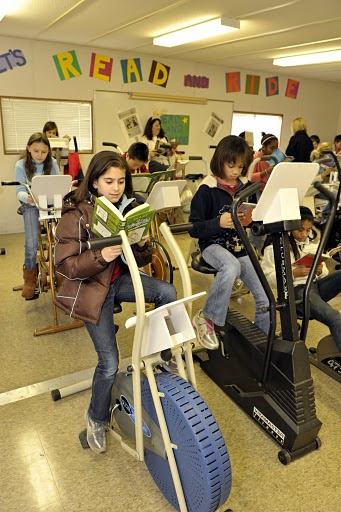 But knowing kids were enjoying themselves was not enough. The school wanted to know if there were any measurable benefits to reading while exercising. So they conducted a study. The results are quite interesting: 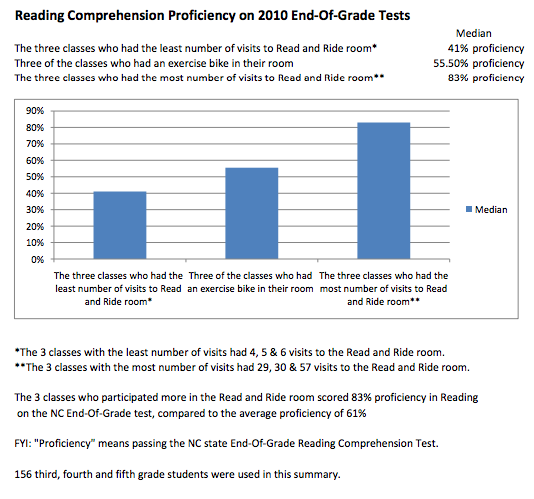 Via Read And Ride

As you can see, kids who had the most visits to the Read And Ride room did exceptionally well on their end-of-grade tests, especially when compared to their peers that did not get as many visits to the room.

Read And Ride has now turned into a full-blown project across 30 states with a whole slew of variants and products to expand on the theme, including Bouncy Bands.

Stationary bikes are pretty cool after all.

I will admit; I never thought I would say that in the past. The stationary bikes when I was in high school were not nearly as attractive as the ones that are sold currently. From what I recall, they were never in good condition and were made out of metal and plastic materials. However, after hearing about this creative idea, I see a different perspective for utilizing these devices.

Visit the Read And Ride site to learn about how you can start a Read And Ride program in your school! The initiative is entirely community-based, and they’ve got plenty of tips for getting your hands on enough bikes.