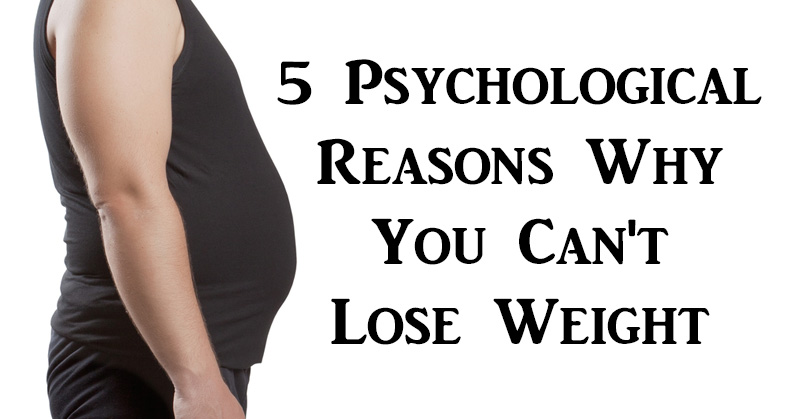 Anyone who is having trouble losing weight should be on the lookout for these signs that a psychological factor might be at play. Dealing with a weight issue is difficult as it is, so keep these points in mind. Do you have one of these five psychological reasons for not being able to lose weight?

This is the most common psychological reason behind someone’s inability to lose weight and keep it off long-term. Psychology Today talks about “Yo-Yo dieting.” In fact, the word diet already sets a person up to fail. You see, the concept of “dieting” is designed to have quick results. This desire for quick results can lead to people attempting potentially dangerous dieting techniques that won’t necessarily be effective. Weight loss requires a long-term commitment to change, and if you’re stuck doing on-again off-again dieting because you want instant results, you’ll end up in a rut. (1)

#2 You have a serious lack of impulse control.

While many joke that they can’t help but have one more bite, some people often take it way too far. Even when you’re full, you can’t say no if someone offers you food. This lack of impulse control is unlikely to be limited to just your food consumption, so don’t confuse this with your everyday sweet-tooth. In fact, someone with an impulse control problem is going to have a difficult time losing weight because their lack of self-control is on a level most can’t comprehend. Psychology Today suggests that these people try to practice delaying their gratification for as long as possible to fight this. (2) 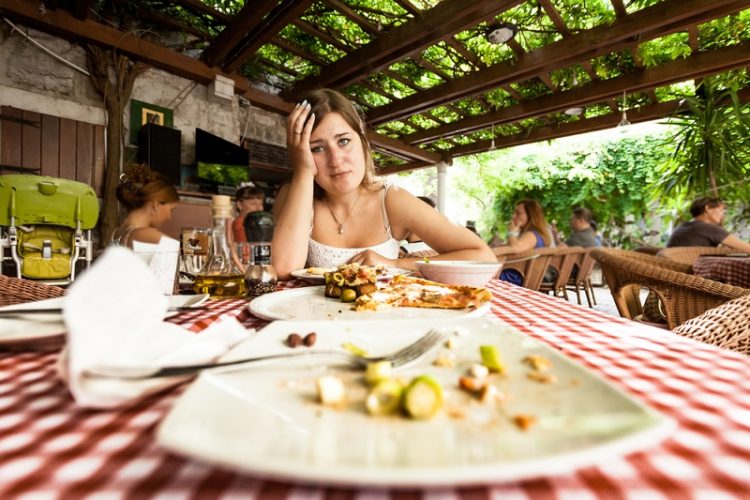 #3 Your willpower is being depleted in other ways.

We don’t have an infinite amount of willpower. Psychology Today suggests that this is actually why most people break their diets at night. If you are dealing with stress, lack of sleep, or anything else that would frustrate your efforts, then dieting may be too daunting for you. Psychology Today calls it “willpower depletion” and says that it can usually be reversed with rest and relaxation. However, you should always consider environmental factors that might be depleting your willpower, too. (3)

Psychology Today calls this “alcoholic myopia,” meaning that people are less inhibited overall due to their drinking. For example, a person’s diet is going great until the end of the day, when their friends convince them to hit the bar. Once they get drinking, they lose any desire to diet, and they buy whatever bar-food is most accessible. The regret the next morning is less alcohol related than food related. This person doesn’t necessarily have to be drunk to stop caring about their diet and start binge-eating. (4)

#5 You’re the victim of your own mental bargaining.

Here, Psychology Today describes two different ways that this can happen. First, you have a “self-licensing” situation. This is the classic scenario where you tell yourself, “I’ve been so good that I deserve a reward.” This rewarding psychology ends up being self-defeating, and any progress made is set back by all the celebrating you do over what might not even be legitimate achievements. Second, your brain tricks you into skipping your diet through the “fell off the wagon” rut people can get into. For example, someone could break a rule in their diet just once and then give up on dieting altogether in favor of unhealthy options because in their mind they already broke their diet and it’s too late. (5)

Don’t get caught up in the mental bargaining that keeps you from accomplishing your goals. The easiest way to avoid it is to not engage in these types of mental crutches.