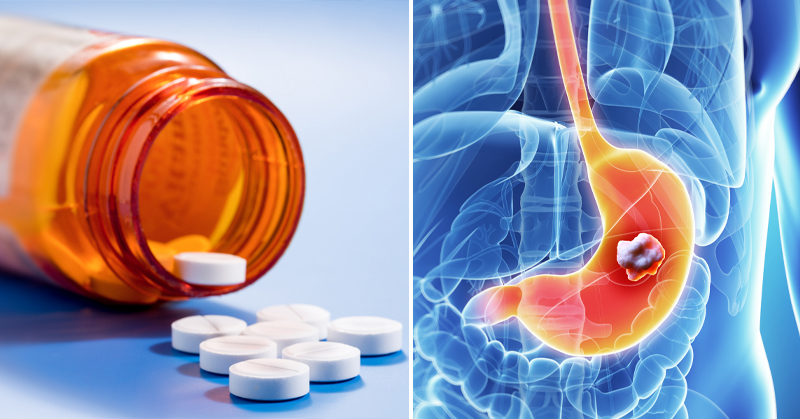 Stomach Cancer And The Link To This Common OTC Medication

Gastric cancer. The words would make anyone’s tummy do a flip. And for good reason. Stomach cancer is on the rise. Why? Studies show that taking acid blockers actually increases the risk of stomach cancer significantly.

Is There A Link? PPIs And Stomach Cancer

First, what are proton pump inhibitors, or PPIs? These are common over-the-counter drugs used to reduce stomach acid. Scientists are reporting that people who regularly use PPIs are twice as likely to develop stomach cancer. (1)

Why? Could reducing stomach acid be a bad thing? Possibly.

You see, when people took the drugs long-term, the risk of gastric cancer rose astronomically, increasing by five times after a year of taking the drugs to more than eight times after three years of regularly taking the pills. (2)

Research scientists from University College London and the University of Hong Kong theorized that the pills stimulate a hormone called gastrin, which triggers the growth of cancerous cells. (3)

More than five million bottles and packets of PPIs – which include omeprazole and lansoprazole – are prescribed each year in England alone to treat gastroesophageal reflux, a severe form of heartburn. Many people even buy these stomach drugs over the counter at pharmacies without a prescription, or in corner shops and supermarkets.

The drugs are not recommended for long-term use, but doctors fear that because they are so readily available, people may take them without medical supervision for years. 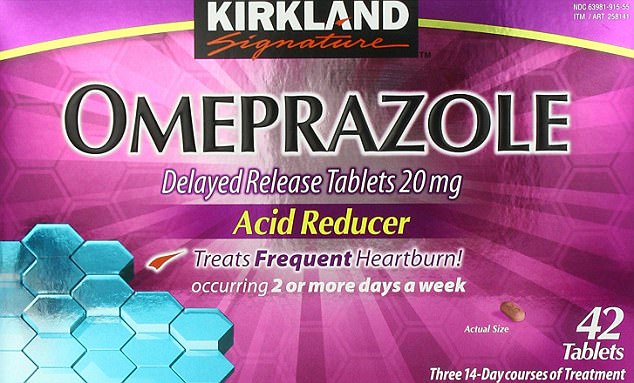 Many now also fear the health impacts of the drugs if taken for too long, with new research linking sustained use of PPIs to dementia, heart attacks, and kidney problems. New research published in the BMJ journal Gut involved 63,000 people in Hong Kong. At the beginning of the study, researchers treated participants with antibiotics to kill bacteria called H. pylori, which is often complicit in stomach cancer. (4)

The researchers did this to rule out the role of bacteria in the development of cancer. And that increased their confidence that the PPI drugs were to blame. Then they tracked patients for an average of seven years.

“We found that long-term use of PPIs increased the risk of gastric cancer development,” researchers wrote. “There was a clear dose-response and time-response trend of PPIs uses and gastric cancer risk. Physicians should exercise caution when prescribing long-term PPIs.” (5)

The researchers calculated that this means that for every 10,000 people who take PPIs, roughly eight people a year will develop stomach cancer. That’s four more than if none were taking the pills.

So knowing the common symptoms and causes of acid reflux may keep people from using PPIs for too long.

In May 2020, researchers published an analysis of PPI use and cancers of the digestive system, including stomach cancer, colon cancer, and pancreatic cancer. They concluded that continuous use of proton pump inhibitors for up to two years did not lead to a greater incidence of any of these cancers. (6)

And yet another, more recent study looked at use of PPIs in comparison to histamine 2 blockers. (H2 blockers are another medication used to treat acid reflux.) They concluded that at 5 and 10 years out, PPIs account for a 45% greater risk of stomach cancer compared to H2 blockers. (7)

Well, for my peace of mind, I’d rather improve digestion in other ways, so I don’t need to resort to using any acid blockers. Simply drinking some apple cider vinegar