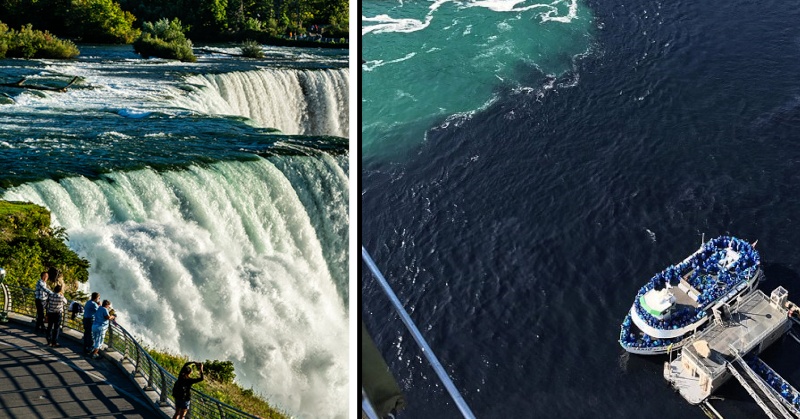 The Niagara Falls river became the site of massive sewage leak on Saturday as stunning video showed a large black stain infecting the waters. (scroll down for video)

Locals and tourists were also greeted by the putrid smell of sewage, sparking all kinds of speculations about what had happened.

“I was just praying it wasn’t an oil leak,” said Pat Proctor who runs a local helicopter tour business, “it looked like something out of a sci-fi movie.”

Although the giant black blob wasn’t an invading alien creature, it did turn out to be a massive contamination of sewer water. 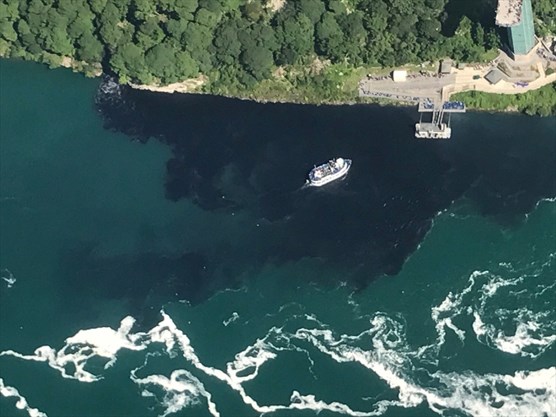 “The ‘inky water’ is the result of a routine, necessary, and short term change in the waste water treatment process,” reads a statement from the Niagara Falls WaterBoard.

“The blackish water contained some accumulated solids and carbon residue within permitted limits and did not include any organic type oils or solvents. The unfortunate odor would be limited to the normal sewer water discharge smell.”

“NFWB remains committed to the highest quality of waste water treatment and the treatment and distribution of drinking water consistent with public health laws and regulations, the public enjoyment of natural resources, the protection of fish and wildlife and the economic development of the city of Niagara Falls, NY.”

Thankfully, by the following morning, the black sludge had dispersed and was essentially unnoticeable to the general public.

On Twitter, New York’s Governor Andrew Cuomo condemned the incident and assured it was being investigated.

Violations of the state's water quality standards are a serious issue, I have directed DEC to immediately get to the bottom of this event.

The boat tour company called “Maid of the Mist”, which navigates the waters in the Niagara region, complained about the sewage leak on Twitter:

Just as oil leaks have devastating impacts on local businesses, the spreading sewage water was ruining the experience for tourists.

You Can See Footage of the Filthy Water In This Video:

Learn more in the video below: