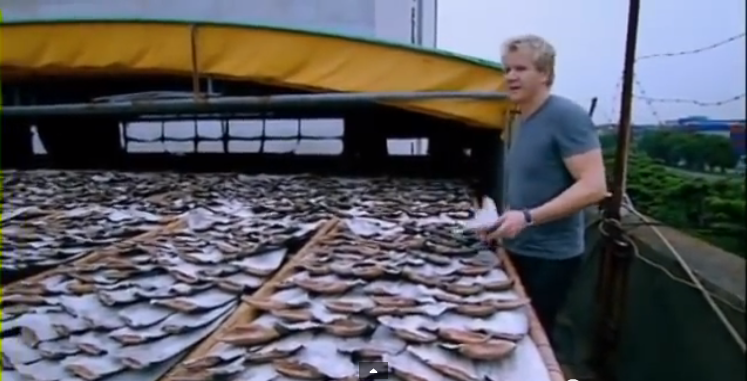 If the name Gordon Ramsay doesn’t ring a bell, his television shows such as Kitchen Nightmares, Hell’s Kitchen, Hotel Hell and MasterChef U.S. might. Ramsay is an internationally renowned chef with a string of highly successful restaurants across the globe, from the UK to Singapore, France, Hong Kong and the United States.

The chef is famous for being a harsh critic in the kitchen while judging other people’s cooking on his reality shows, but he recently decided to try something a bit different for his new endeavor — a documentary called Shark Bait, where he attempts to expose the shark industry.

Shark hunting and fishing — the practice of removing a shark’s fin and returning the maimed animal to the ocean to die — have had a serious impact on shark populations worldwide, with an estimated 100 million sharks killed each year, as Business Insider explains.

Sharks are being hunted not for their meat, but for their chewy, tasteless fins which have been seen as a Chinese status symbol since the Ming Dynasty, when the fins were cooked specifically for emperors. Shark fins are commonly served today at Chinese weddings, banquets and business dinners.

In Shark Bait, Ramsay investigates the shark fin trade in London, Taiwan and Costa Rica. In the clip below, he walks several blocks where thousands of shark fins are seen drying out on rooftops. If the shark fin industry is new to you, this is something you need to see!

Ramsay journeyed to Cal Sheng on the south tip of Taiwan — the biggest shark landing port in the country. He asked numerous boats if he could come on board and see their sharks or shark fins, but he was repeatedly refused entry, and he was told there was only tuna on board. 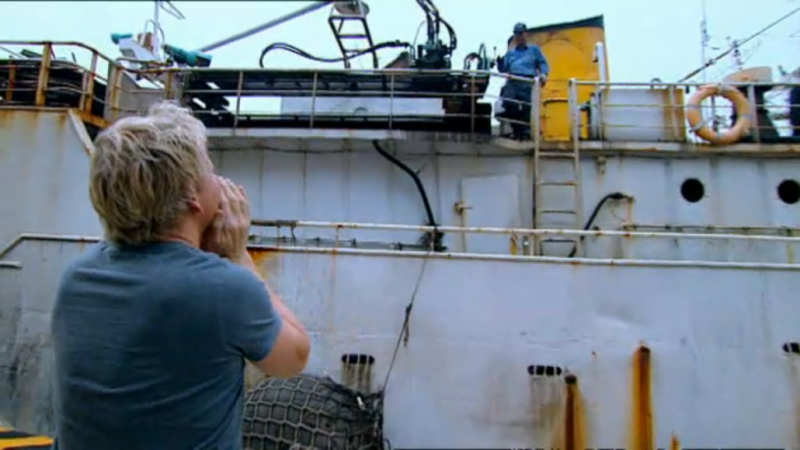 As Ramsay was leaving, he saw a baby scalloped hammerhead shark, one of the most at-risk shark species, dumped on a flatbed truck. 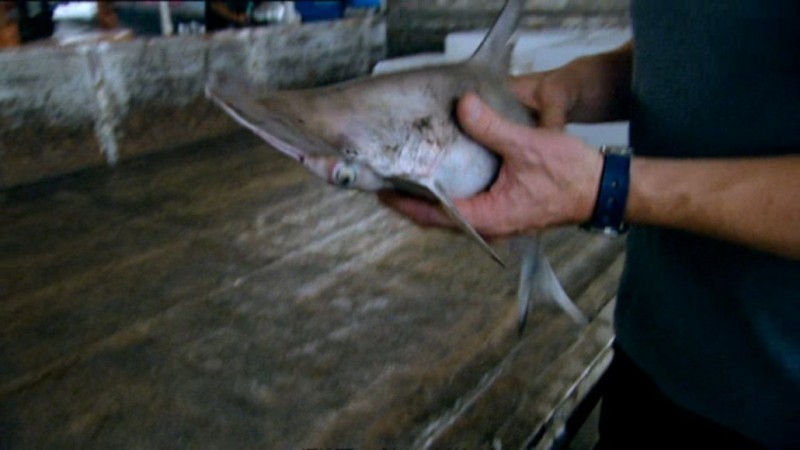 The next day, Ramsay went to the dock as a boat was unloading what it had caught, and he saw the shark bodies being dragged off the boat. All of the fins had been cut from the bodies of the sharks. 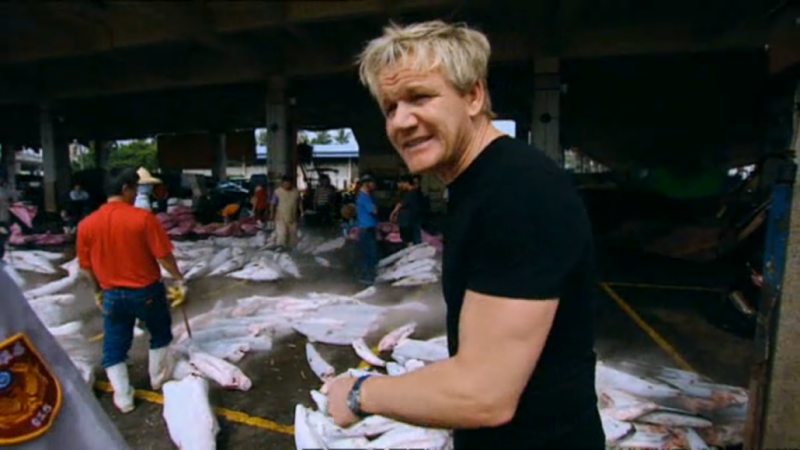 There were bags upon bags full of fins — seemingly more fins than there were shark bodies. The lopsided numbers were evidence of finning — cutting the fins off a shark and throwing the body back into the ocean. When Ramsay asked a guard if anyone was regulating the illegal fin trade, he was told no, and he was asked to leave. 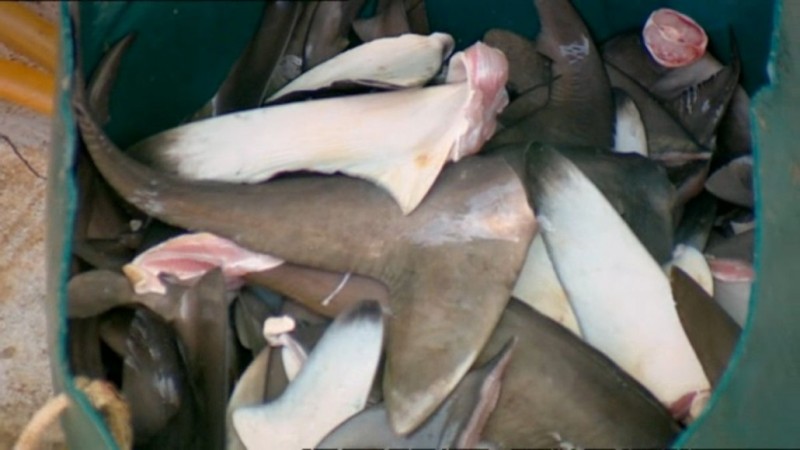 Near the dock in a seemingly residential neighborhood, Ramsay spotted fins being dried on the rooftops of buildings. 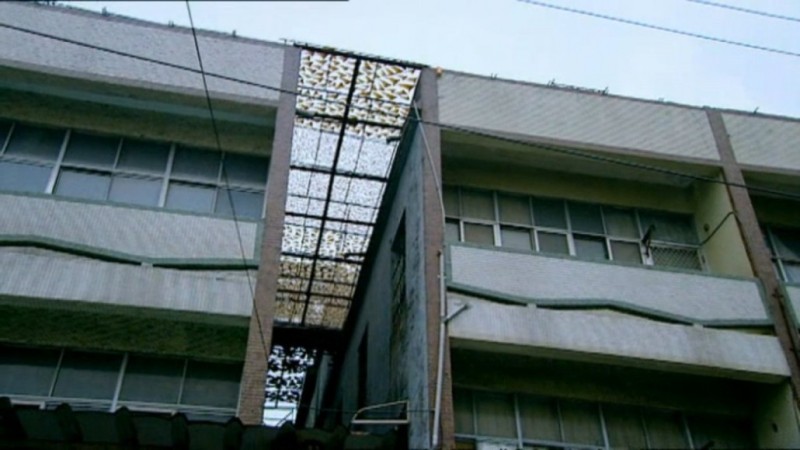 Ramsay tried the dish and said the broth was extremely flavorful, but the actual fin tasted like nothing. “It’s really bizarre,” he said, “It actually tastes of nothing, almost like sort of plain glass noodles.” 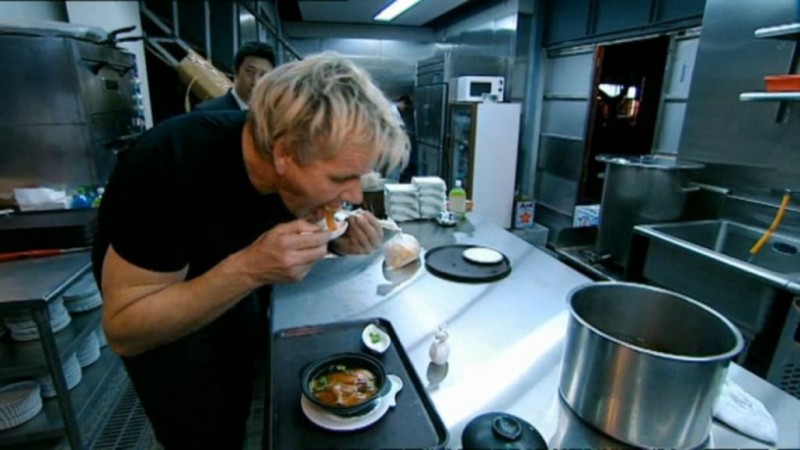 Curious about why the customers were willing to pay so much for such a bland ingredient, Ramsay asked the restaurant’s VIP diners what they thought of the dish. They told him they thought the soup was “delicious” and perfect for special occasions. The over-fishing and cruelty to sharks did not appear to bother them. 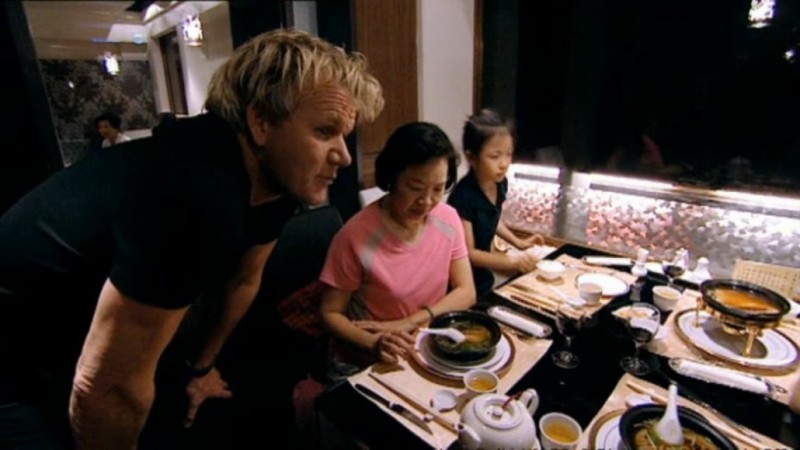 What do you think about the shark fin industry, and about Ramsay’s attempt to bring to light what’s actually happening? Brave work by Chef Ramsay!