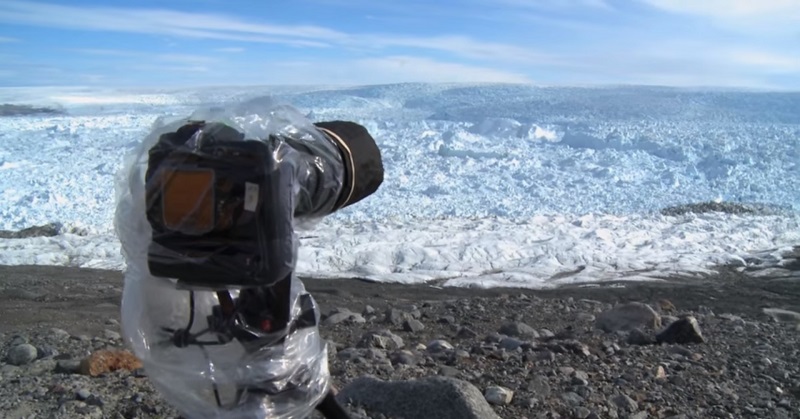 They Set Up a Camera in a Secluded Part of Greenland and Recorded Something Terrifying!

What you’re about to see is an incredibly rare moment in nature that was captured by filmmakers Adam LeWinter and Jeff Orlowski for their documentary “Chasing Ice.”

As they were filming, they saw movement on the Illulissat Glacier — It was “calving,” which refers to the breaking off of ice chunks, in a way they had never witnessed before. It continued to collapse over a 75-minute period. LeWinter and Orlowski described it as “A magical, miraculous, horrible, scary thing.”

What’s most mind-blowing is the magnitude of what’s taking place in the video. The 2016 Guinness Book of World Records certifies the breaking ice as the largest glacier calving ever filmed.

To put it into perspective, the area of ice crumbling is the size of Manhattan.

What’s in the video is incredibly sobering. It’s a physical display of what global warming is doing to our planet.